HomeSportsManchester City’s biggest threat in the Champions League? Themselves
Sports 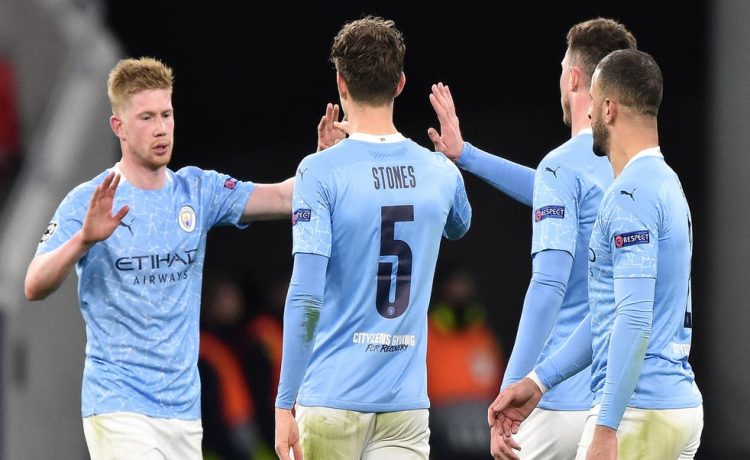 This was not your typical Manchester City performance in a two-legged Champions League tie.

Forget the quarter-final eliminations. Even when compared to the relatively straightforward last-16 successes of recent years, this win over Borussia Monchengladbach was their most painless progression yet.

There was none of the complacency shown against Basel three years ago. They never went behind at any point, as they did away to Schalke. Nor was it a fraught, high intensity, nip-and-tuck contest like last season’s triumph over Real Madrid.

This, instead, was almost entirely effortless.

It took only 18 minutes for Kevin De Bruyne and Ilkay Gundogan to double the aggregate lead – adding two ‘home’ goals to two scored ‘away’, even though all four came at Budapest’s Puskas Arena – and the remainder of the evening was rendered a non-event.

This season’s Gladbach are a mediocre side, a shadow of the one which briefly threatened to challenge for the Bundesliga title last season, and they are clearly still coming to terms with Marco Rose’s imminent departure for Borussia Dortmund.

And yet, even so, City’s level of control over the 180 minutes of this tie should cause others around Europe to sit up and take notice.

City predictably dominated possession over the two legs and out-shot Gladbach in both games, even though they were ahead after just 29 minutes of the first. Aside from a late Hannes Wolf chance in the final passage of play that night, Gladbach never looked like scoring.

That does not quite capture the air of supremacy, though, or the sense that this tie was conducted entirely on City’s terms.

Consider this, instead: it is now more than 11 hours since Guardiola’s players last conceded in this competition, their eight games producing seven clean sheets.

A slower, more considered style which is even more preoccupied with possession not only appears to suit the unique demands of Covid-era football but knock-out football too.

“We are playing good in terms of what we want,” Guardiola said. “We have a lot of control through the ball. The best way to defend is to have the ball and we have it, and every pass and movement has the sense and idea that everyone is in his position.”

Given that Guardiola is accused of ‘overthinking’ these games, it is interesting that the way he describes his team there is the exact opposite: it is wholly instinctive football, performed from muscle memory, and a product of not thinking but simply playing.

And though greater obstacles than Gladbach await – with Liverpool, Paris Saint-Germain and Real Madrid among those confirmed in Friday’s draw – City are playing so well that the outcome of that draw barely seems to matter. They will be favourites to progress, whoever they play.

In fact, the biggest threat to City’s hopes of a first Champions League win may be City themselves.

Come the quarter-finals, Guardiola’s challenge will be to carry the sense of control from these two Gladbach games into the last eight and then beyond for the first time since his arrival in Manchester.

These last-16 wins could hardly have been more different from the quarter-final exits of the last three years, which followed similar patterns: a vulnerability to the counter-attack, goals conceded in quick succession and yes, sometimes, what could be called ‘overthinking’ on Guardiola’s part.

Could those patterns repeat themselves again?

Guardiola refused to look ahead to the quarter-finals at full time in Budapest on Tuesday night, focusing instead on Saturday’s FA Cup tie against Everton, but he did let one note of concern slip.

Though delighted to be 14 points clear at the top of the Premier League table, he wondered whether a closer title race at home might help avoid complacency in Europe and inspire victory on both fronts.

“Sometimes when you win earlier it is not good for the knock-out competitions,” he said. “You never know because when you have to fight to win one title it helps to fight for the other ones. You never know.”

This commanding, authoritative City side finally looks ready to take the next step in the Champions League. They are the favourites and are already playing like finalists-in-waiting. This may be the year they finally avoid tripping themselves up. But as Guardiola says, you never know. 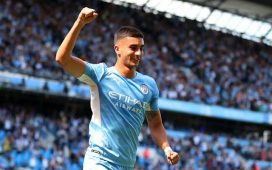 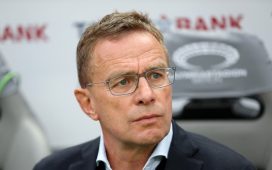 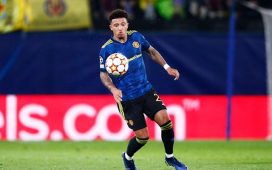 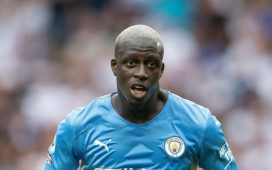 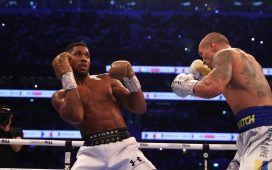 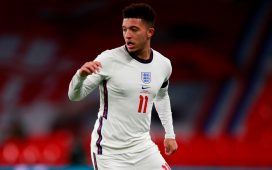