LIVERPOOL: Premier League champions Liverpool maintained their 100 per cent start to the season with.. 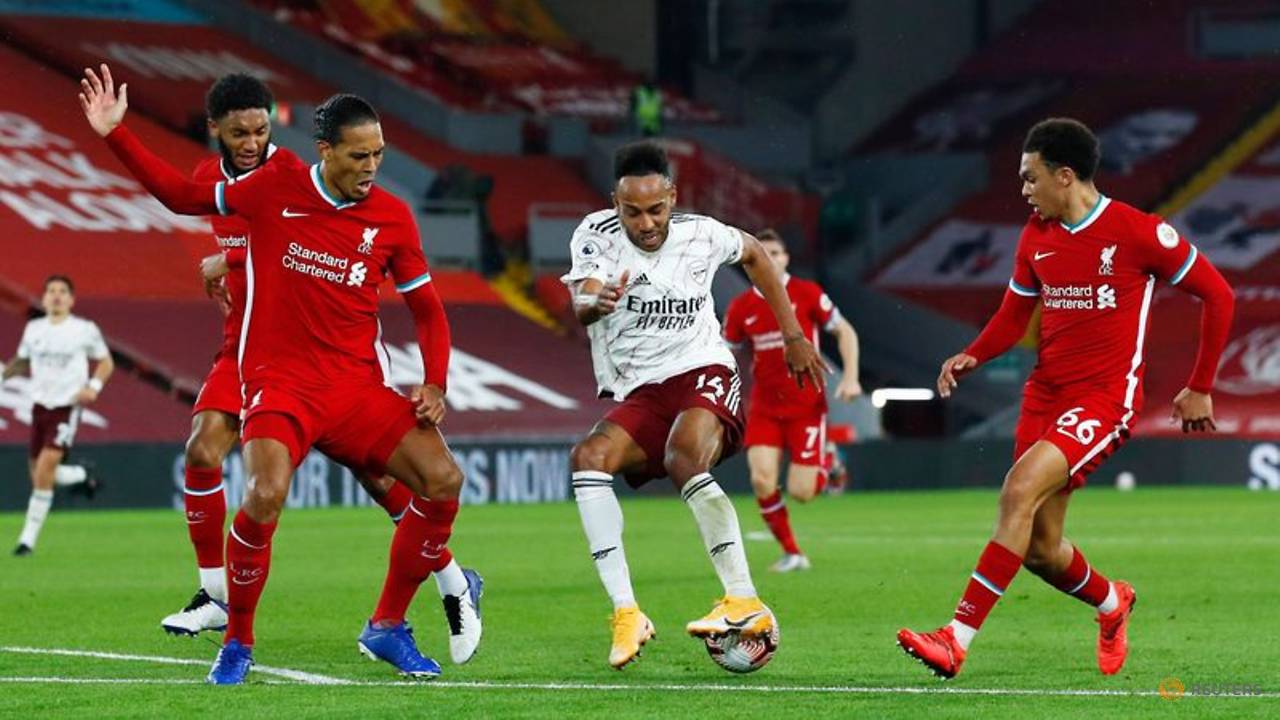 LIVERPOOL: Premier League champions Liverpool maintained their 100 per cent start to the season with a 3-1 win against Arsenal at Anfield on Monday (Sep 28) leaving them level on nine points with pacesetters Everton and Leicester City.

Liverpool created the early openings with Trent Alexander Arnold causing the visitors problems down their left. His cross was headed goalwards by Virgil van Dijk but Arsenal's David Luiz cleared off the line and then another ball from the full-back was volleyed straight at goalkeeper Bernd Leno by Sadio Mane.

But in the 25th minute, totally against the run of play, Arsenal grabbed the lead when they broke down the left and Andy Robertson miscontrolled Ainsley Matiland-Niles' cross, the ball falling to Alexandre Lacazette whose scuffed shot deceived keeper Alisson.

Liverpool responded swiftly though, drawing level three minutes later when Mohamed Salah burst in from the left and Leno parried his shot straight into the path of Mane who made no mistake from close range.

Robertson then made up for his mistake when he was picked out by Alexander-Arnold at the far post, chested the cross down and flicked the ball past Leno to make it 2-1 after 34 minutes.

Red Verdon out of Melbourne Cup