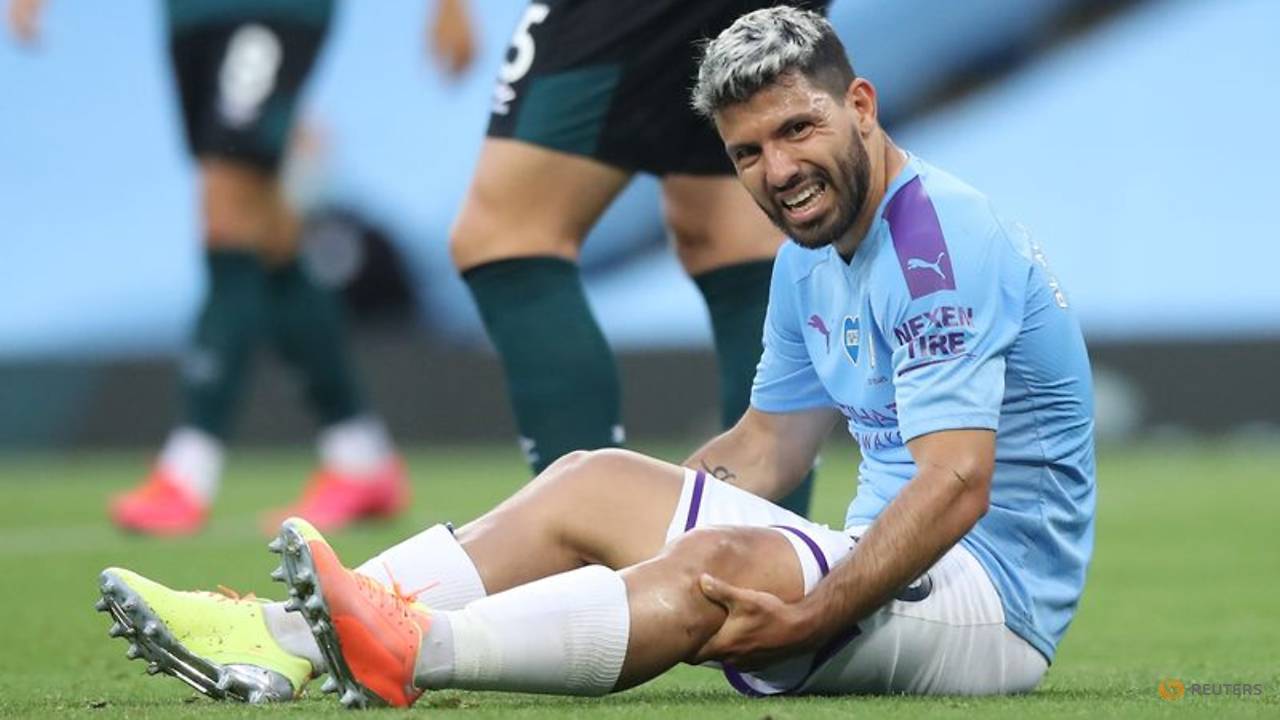 REUTERS: Manchester City striker Sergio Aguero could miss the first two months of the Premier League season as he has yet to train with the club since suffering a knee injury in June, manager Pep Guardiola said on Friday (Sep 18).

The Argentine was sidelined for the last 12 matches of City's 2019-2020 campaign, including their two Champions League fixtures in August.

Guardiola said the 32-year-old may not be fit until November.

"We knew the injury was difficult," Guardiola was quoted as saying by the BBC.

Frustrated Lyon slip up again in 0-0 draw against Nimes

Aaron Ramsey returns to Arsenal for treatment on thigh injury