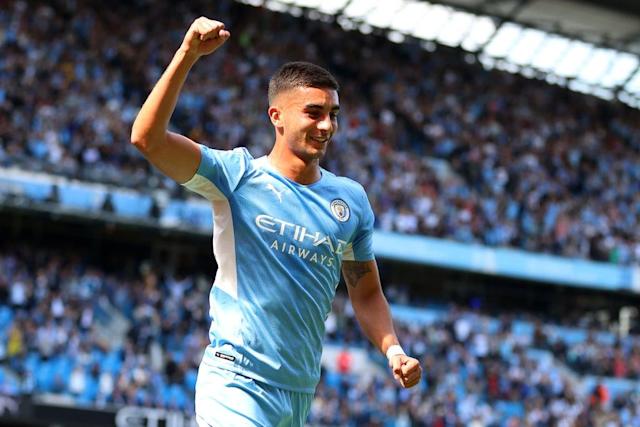 Ferran Torres is set to complete a move to Barcelona from Manchester City in the January transfer window.

An initial €55m (£47m) fee which could rise to more than €60m (£51m) is understood to have been agreed between the clubs, with the process now in its final stages.

City will make a significant profit on Torres, who only joined in a £20.9m move from Valencia during the summer of 2020 and has missed the last two months with a foot injury.

The 21-year-old had become frustrated with a perceived lack of playing time under Pep Guardiola, having made a total of 43 appearances since his arrival.

Torres is understood to be excited to play a central role in head coach Xavi’s rebuilding of Barcelona, who have been besieged by troubles on and off-the-pitch over the past year.

The signing of Torres is expected to go through despite Barcelona’s well-documented financial problems, which led to the departure of Lionel Messi to Paris Saint-Germain and the imposition of a €97m (£82m) salary cap on the club by La Liga.

Philippe Coutinho and Samuel Umtiti are among the players that Barcelona are hoping to offload during the January window in order to ease their financial issues.

Torres scored 13 goals from 36 appearances in all competitions for City last season and has three goals in seven games this term.

While his move to City has coincided with an impressive run of form for his country, including an important role for Spain in their run to the semi-finals of Euro 2020. Torres has contributed 12 goals in 22 caps to date, with Barcelona evidently valuing his potential to become a cornerstone for La Roja over the next decade.

Torres will leave the Etihad having won the Premier League and Carabao Cup, while also part of the side that finished runner-up to Chelsea in last season’s Champions League.