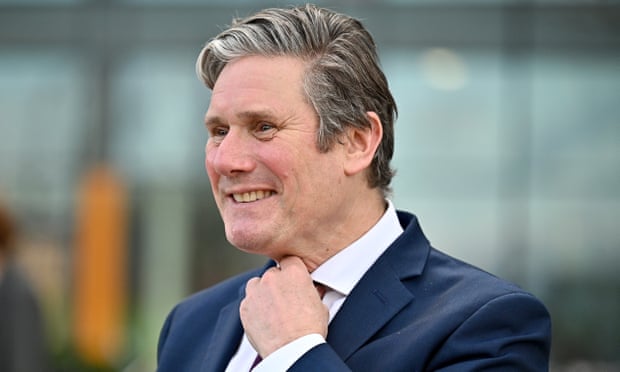 Fresh off the back of the anniversary of the first lockdown, another not-so-auspicious political landmark is looming. On Sunday it will be exactly one year since Keir Starmer claimed victory in the Labour leadership contest, powered to the top job amid a lack of charismatic competition, and promising to unify a bitterly divided party.

Starmer’s ascension, media pundits trumpeted, was Labour getting back on track. Philip Collins, writing in the Times, compared Starmer favourably to Labour prime-minister-who-never-was John Smith, stating he was “very good indeed”. Ian Dunt exclaimed that “finally, there’s a grownup in charge”, and in July celebrated the first phase of Starmer’s leadership as a “resounding success”. In the Guardian, columnists confidently predicted that, under Starmer, Labour could once more hold the Tories to account, describing the QC as a big-brained grownup wielding cool authority.

Hindsight truly is a fine thing. The last 12 months seem to have confirmed that, while Starmer might be a commentariat’s politician, the general public is rather less enthused. Last year, I outlined why Starmer’s apparent strategy of constant abstention was not establishing him as a great statesmen in the eyes of the British population, but serving to erase him from their thoughts altogether. (The piece was headlined: “Keir Starmer is a wet wipe”.)

Nearly four months on, polling numbers for Starmer are dire. On 15 March, 45% of YouGov survey respondents said Starmer was doing “badly”. Only 32% felt he was doing “well”.

Among Labour voters, dissatisfaction is growing: in December 2020, more than 50% of those asked felt that Starmer was doing “well”. That figure has dropped by 14 percentage points, while the sentiment that he is doing “badly” has risen by 16. In the same period, among all voters, Boris Johnson’s negative rating has dropped by eight points and his positive rating has improved by eight. Never mind, though: according to YouGov, at least Liberal Democrat voters – all 5% of them – still have faith in Starmer.

The picture doesn’t get rosier for Labour as a party. YouGov reports that 55% of respondents took a “negative view” of Labour, a 16-point drop in favourability since previous polling. Other surveys back this up: an Opinium/ObserverUK poll saw the Tories take a three-point lead among voters in January, despite 51% of respondents admitting they “disapproved” of the way the government had handled the Covid-19 pandemic. Even some in the shadow cabinet are said to be concerned.

I’m sure many will be happy to attribute Starmer’s faltering popularity to the unprecedented success of the vaccine programme (Starmer himself is said to apportion some of the blame to his shadow chancellor). But even prior to the rollout, the warning signs were there. In 2017, the former Labour prime minister Tony Blair criticised Jeremy Corbyn’s failure to capitalise on Tory chaos, claiming Labour should be “15, 20 points ahead in the polls”. Starmer has faced a bumbling prime minister whose pandemic response was mismanaged to the point of negligence; health workers were left without PPE; there has been a wholesale failure to learn from mistakes, culminating in a third lockdown; billions of pounds of taxpayers’ money has been wasted on test and trace, or handed to Tory cronies; and, to cap it all, the government failed to deliver its promised 2.1% pay rise for NHS staff in England.

Despite all this, Starmer’s Labour has never gone better than level-pegging against the Tories. And now, with the vaccine rolling out, his party has dropped behind by nine points.

Disregarding the open goals presented during the pandemic, Starmer opted instead for tepid critique of the government at best, and uncritical support at worst. “What does Keir Starmer stand for?” people have begun to wonder. Starmer himself doesn’t even seem to particularly know. He has wholeheartedly abandoned his pledge of party unity, triggering a “civil war” over his suspension and removal of the whip from Corbyn. Gone too is his commitment to a strong relationship with the EU: he has barely said a peep through all the chaos wreaked by Boris Johnson’s hodgepodge of a deal, even as UK trade plummets.

Despite the break with Corbynism, “Starmerism” has not defined itself in any sense beyond sitting on the fence. On traditional Labour turf, Starmer has upset trade unions with his attack on the party’s left wing, and dissuaded teachers from taking strike action over being forced back into schools. He’s been outflanked by the chancellor, Rishi Sunak, on raising corporation tax, despite an explicit pledge to reverse Tory corporation tax cuts at the top of his leadership manifesto. It’s all very confusing.

Repeated directions to Labour to abstain on controversial legislation, such as the “spy cops” and “torture” bills, haven’t helped clarify Starmer’s mission either, especially for someone lauded as a human rights lawyer. Neither has the alienation of marginalised groups, such as black and Muslim voters, over perceived inaction on racism within the party.

There have been no clear nods to future policies, beyond a leaked memo reporting that a paid consultancy had advised the party to “use the [union] flag” and “dress smartly”.

People want something to vote for. At the last election the Tories offered nationalism, Brexit and not being Jeremy Corbyn. Unfortunately, the act of just being Keir Starmer is not enough to win back lost “red wall” votes, nor to retain those from “Generation Left” who made up an energetic – and integral – grassroots activist base. The post-2015 surge in Labour membership was thanks to a set of clear principles and a long-term vision that won over new voters. It is impossible to say the same of the party under Starmer.

Labour’s leader seems to have focused on making the party a “winning” electoral force by creating a pastiche of its 1997 self, appointing former Blair aides to the most senior roles. But we now live in very different, polarised, political times, where the left cannot simply ape the right, or sit in the centre and hope for the best.

It’s telling that Starmer’s tenure has inspired the term “continuity Milibandism”, a reference to the plodding leadership of Ed Miliband that preferred The Thick of It–style stunts over building grassroots support. Perhaps there is no more damning indictment of Starmer’s first year failures: he can’t even inspire his own slogan.

Europe’s (not so) free press

Even Global Britain will need the EU