HomeOpinionThe pandemic has hollowed out our politics: it suits the Tories to keep it that way
Opinion 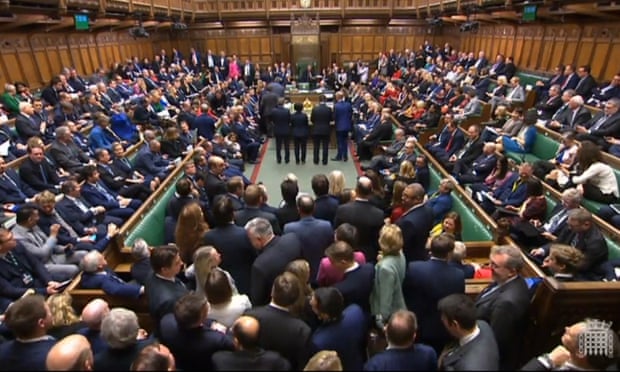 In Britain today, politics feels empty. Some of the emptiness is literal: the socially distanced House of Commons, the absence of demonstrations and packed political conferences, the party leaders making endless speeches to cameras in deserted rooms.

As in the rest of life, the pandemic has postponed important events, such as last year’s London mayoral election, and allowed others to continue only in eerily reduced form. For almost a year now, the rowdy political crowds and huddles that usually reassure many people that Britain is a healthy democracy have been absent.

But some of the hollowing-out has been less tangible. Boris Johnson’s shifty administration has lowered still further the public expectation that official facts will be reliable, government promises will be kept and ministers will be accountable. The prime minister has offered a new, sketchy form of conservatism, that neither conserves, nor rules competently, nor keeps the public safe, nor provides a worked-out plan for Britain – the sort of things that successful previous Tory governments did.

Instead, his regime mainly just tries to get by, by any means, from one week to the next. This tendency was already clear before the pandemic, during the government’s frantic manoeuvres in 2019 over Brexit. Since Dominic Cummings left Downing Street in November, taking his driven personality and grand but vague schemes for reforming Britain with him, the government’s sense of direction and ability to think long term have seemed even more limited.

Yet there has not been a huge backlash from voters. Over the spring and summer last year, the Conservatives lost their poll lead, but since the autumn they have remained level with Labour on about 40% – good for any government in mid-term, and close to astonishing for one with such a disastrous record.

Previous governments that failed to cope with crises, such as Jim Callaghan’s with the winter of discontent and John Major’s with Black Wednesday, quickly became so unpopular that defeat at the next general election was almost inevitable. Yet this time the Conservatives are still favourites to be re-elected.

One possible explanation is that the response of many voters to the pandemic resembles the government’s: a mix of denial, wishful thinking, panic and last-minute improvisation. So they may be inclined to be forgiving. Even now, almost a third of those surveyed believe the government has handled Covid-19 well. Like the Tories’ overall ratings, that number has barely budged since the autumn last year.

Meanwhile, even more voters than usual are probably not thinking about politics at all. While relatively short national crises such as the winter of discontent can politicise people – horrified that normal life has been disrupted – more prolonged and dangerous crises can make people politically disengaged. The crisis becomes a new normality. And when the streets are full of speeding ambulances, politics risks seeming trivial, or even a dangerous distraction, however much the availability of those ambulances may be rooted in political decisions. This risk partly explains Keir Starmer’s minimal leadership style, with its nervous emphasis on being a “constructive” opposition: Labour has played its part in the emptying out of our politics.

This emptiness seems all the more stark because, only recently, our political life was fuller than it had been for decades. Between 2014 and 2019, there were three general elections, two pivotal referendums, radical makeovers of both the main parties and countless days of real drama in Westminster. By the 2019 election – as Jeremy Corbyn’s Labour party discovered when it presented its hugely ambitious manifesto – many voters felt Britain had too much politics going on, rather than too little. That feeling of weariness about politics lingers: MPs waved Johnson’s bad post-Brexit trade deal through the Commons last month to little public outrage.

Yet today’s muted politics has deeper causes than the political overload of the 2010s, the pandemic or the degeneration of the Conservative party. During the first decade of the century, when New Labour was in power, the political scientists Colin Crouch and Peter Mair identified a “hollowing” of politics in Britain and other democracies. So many issues had been removed from political discussion – such as whether the free market was socially benign or malign – that “the ordinary citizenry are becoming effectively non-sovereign”, Mair wrote in 2006. With elections simply shuffling the same governing elite, Crouch argued, western countries were approaching a state of “post-democracy”.

At the time, it was possible to agree with Crouch and Mair’s diagnosis while also thinking that their conclusions were a bit too bleak. Wasn’t the shrunken politics of the 00s also a consequence of the decade’s relative prosperity and stability? When those ended with the 2008 financial crisis, and mass politics came alive again with Corbynism and Brexit, it seemed to demonstrate that Crouch and Mair had been too pessimistic. Perhaps “post-democracy” had been a temporary problem.

But it was not. Britain feels post-democratic again now. Yet this time, the entrenched governing elite isn’t New Labour’s relatively competent centrists but Johnson’s collection of fanatics and bluffers, such as a fisheries minister who didn’t read the Brexit trade agreement. The measures this elite is prepared to take to shut down political debate, such as proroguing parliament, are more blatantly anti-democratic. And this anti-politics strategy seems to be working for the Conservatives. At the 2019 election, despite the ideological gulf between them and Labour being bigger – and therefore more motivating – than it had been for decades, turnout fell, particularly in seats the Conservatives won. For now at least, an emptied-out politics suits them.

When and if the pandemic ends, politics will become at least a little more expansive again. Tory MPs and newspapers are confident that Johnson will benefit – freed from crisis management to rejuvenate Britain, and make it less European and more “global”.

I’m less sure. Over his 20-year political career, Johnson’s record as a driver of projects, rather than a maker of promises, doesn’t add up to much more than a fleet of expensive but stuffy buses and a barely used cable car. And there will still be crises to manage: post-Brexit trade blockages, the threat of Scottish independence and the state’s depleted finances after the pandemic.

Moreover, Britain doesn’t feel like a country that wants a quiet politics for ever. Too many big questions remain unsettled. In May, the local and mayoral elections postponed from last year, plus this year’s local elections and Welsh and Scottish parliamentary elections are all scheduled. Possibly then, or some time soon, the procrastination and cronyism of Britain’s post-democracy will be seen to dissatisfy much of the population.

Tory optimists make much of all the money saved by wealthier Britons during the pandemic, and its potential to revive the economy afterwards. But political grievances have accumulated too. Whenever politics wakes up again, the government may feel the weight of them. 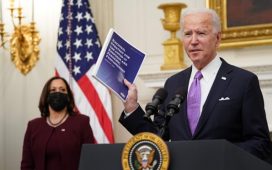 Joe Biden’s talk of ‘healing’ is pointless, and will be seen as weakness by the right 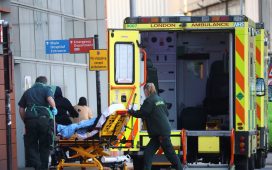 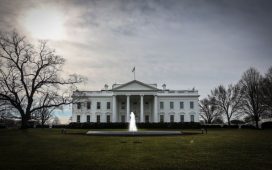 Joe Biden must put an end to business as usual. Here’s where to start