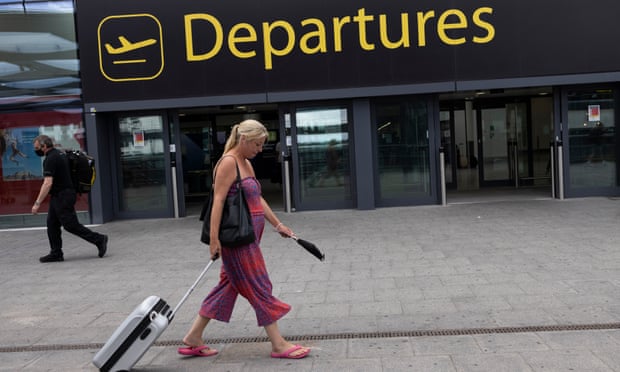 Throughout the pandemic, Boris Johnson and his ministers have repeatedly been guilty of chaotic messaging, fostering uncertainty where clarity was needed. This summer, true to form, there has been unnecessary confusion over the requirement to isolate when pinged, muddle over mask wearing as Covid restrictions eased and the bewildering saga of the baroque “traffic light” system for foreign travel.

Mr Johnson’s summary ditching of a proposed “amber watchlist” category – warning that a given destination may soon enter the red list – removes the prospect of another layer of jeopardy for holidaymakers planning trips. This is good news for airlines and the travel industry. But the system, with its existing five categories of risk, remains absurdly complicated. And most importantly, the risk of importing new variants remains. It would have been useful to know the views of the chief of the Joint Biosecurity Centre, whose job, after all, is to advise on travel rules. But as the Guardian revealed on Tuesday, Clare Gardiner, the previous incumbent of the post, quietly quit in June. She has yet to be replaced.

The government’s perennially haphazard approach does not inspire confidence in relation to the continuing Covid threat, and augurs badly when it comes to other immense challenges looming. Driven as always by the latest headlines, Mr Johnson performed his handbrake turn on the watchlist plan after a letter to him from the chancellor, Rishi Sunak, was leaked at the weekend. After keeping a relatively low profile during the height of the third wave, Mr Sunak, who is seen by many Conservative party members as a natural successor to Mr Johnson, is looking lean and hungry again. In his letter, the chancellor called for travel rules to be relaxed, emphasising their negative impact on the tourism and hospitality sector.

At the same time, the transport minister, Grant Shapps – who reportedly backed the amber watchlist plan originally – was disowning it. That did not prevent a torrent of hostile briefings holding Mr Shapps responsible for the mess. In a separate policy U-turn, it was announced that the “logic” governing the NHS Covid-19 app would be altered to ensure that significantly fewer contacts are advised to self-isolate.

The spectacle of yet another chaotic sequence of leaks and U-turns, followed by a blame game, suggests a disabling level of mutual suspicion at the heart of the government. Amid the jockeying for post-Covid influence, it is hard to detect a sense of coherence or unity of purpose. That is bad news for the country, because once the holiday season is over, a pivotal autumn will follow in which far-reaching decisions can no longer be put off. Stymied by opposition from Mr Sunak on the grounds of possible cost, Mr Johnson this month delayed the publication of the government’s heat and buildings strategy – a vital component of the country’s path to net zero.

Meanwhile, preparations for the November climate summit in Glasgow are reportedly being undermined by concerns over the competence of the government’s Cop26 spokesperson, Allegra Stratton. Plans to deliver on the prime minister’s promise to reform the crumbling social care system have also been postponed until the autumn, after a backlash against a proposed rise in national insurance. The price tag of any new proposals will have to be squared with Mr Sunak’s professed determination to rein in spending after the pandemic. On fundamental issues, Mr Johnson and his ministers radiate division and confusion.

The Joint Biosecurity Centre was described as “rudderless”, following the departure of Ms Gardiner. As it drifts through midsummer with, literally, no clear direction of travel, the same could be said of the government.

Redrawing Balkan borders would be a fatal mistake

Why we need Extinction Rebellion