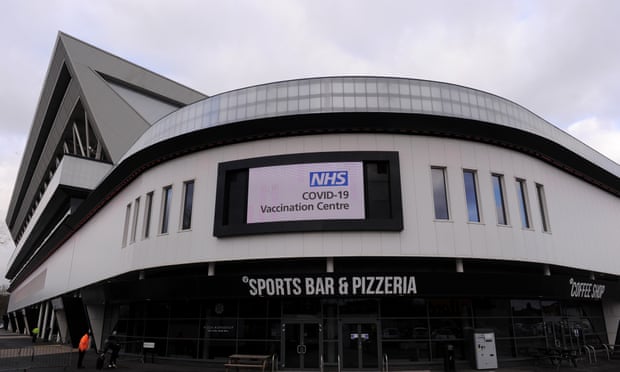 The UK currently has no plan to eliminate coronavirus from our shores. Lockdown will minimise contacts and protect the NHS. Rapid distribution of vaccines will protect the vulnerable, until all adults receive the vaccine in the longer term. Then we can treat the virus like seasonal flu, with booster doses to protect against new variants. At Monday’s press briefing, the deputy chief medical officer for England, Jonathan Van-Tam, confirmed as much.

So the national strategy has not changed. In early February 2020, UK advisers on the Scientific Advisory Group for Emergencies (Sage), against World Health Organization advice, took the view that coronavirus, like influenza, could not be stopped. Ignoring UK coronavirus experts and effective country responses in Asia, they followed the rulebook for pandemic influenza.

The following month, they suspended any attempt to eradicate the virus with test, track and trace. “It’s important to recognise that it’s not possible to stop everybody getting it, you can’t do that,” Sir Patrick Vallance, the government’s chief scientific adviser, told a press briefing, “it’s also not desirable because you want immunity in the population … to protect ourselves in the future”.

By then, Singapore, Hong Kong, South Korea, New Zealand, China, Japan and Taiwan had largely contained the virus. They had mobilised communities, brought in teams of local contact tracers, found cases promptly, managed them in single rooms at home or in local facilities, and ensured isolation with generous financial support.

The WHO was so worried about the UK’s strategy that the director general declared failure to contain the virus “dangerous”. In response, Sage was defiant. Its advice was, “it is a near certainty that countries such as China, where heavy suppression is under way, will experience a second peak once measures are relaxed”.

As cases continued to rise throughout last year, the UK government did roll out a test, track and trace system – separate from the NHS using outsourced contracts (unlike the vaccine programme to come), with limited effectiveness, and little incentive for self-isolation.

By this time, it was too late and it was clear that the UK’s belief that it must limit rather than suppress the spread of the virus was incorrect. Compare the 1,672 deaths per million in the UK to countries that went for elimination policies in their territory: Taiwan and Vietnam (0.4), China (3), New Zealand (5), South Korea (29), Australia (35), Japan (51), Norway (107) and Finland (127).

With the country under a third lockdown, and the rollout of the vaccine, infections and deaths are falling. If all goes to plan by the middle of March, more than 90% of the risk groups likely to die if infected should be vaccinated and deaths will plummet. The plan is to vaccinate all adults aged 16 or over by the autumn, although hesitancy rates will be higher in younger age groups. If transmission is halved by the vaccines, then cases might come back down.

The government is already touting a return to normal by summer. However, the success of this vaccine-dependent strategy rests on timing. If an overly optimistic parliament lifts lockdown or social distancing measures too early, then with tens of millions still unvaccinated or without natural antibodies, the virus could accelerate to levels we haven’t yet seen. Christian Drosten, Germany’s leading virologist, fears a surge to more than 100,000 cases a day in a worst case scenario.

While death rates will fall as vulnerable groups are vaccinated, our ICUs could fill up with younger people, and the prevalence of long Covid could soar. Concerns are also rising about longer-term effects on children. On 30 December, the Joint Committee on Vaccination and Immunisation reported, “Following infection, almost all children will have asymptomatic infection or mild disease”, so didn’t require vaccination. Yet in January, data from the Office for National Statistics showed five weeks after testing positive for Covid-19, 15% of secondary schoolchildren and 13% of under-12s were still struggling with Covid-19 symptoms. There is also the risk that in a small number of cases children and teenagers develop a rare inflammatory condition, paediatric inflammatory multi-system syndrome.

There is also the possibility that the more the virus is allowed to replicate in the community, the greater the risk of mutations producing variants that will escape the vaccines. Early reports suggest the Oxford/AstraZeneca and Pfizer vaccines reduce transmission by up to 60%, but we need more data, especially with regard to new variants. Further mutations might make the virus more virulent. We simply don’t know how the next few months will play out.

What we do know is that if we cut the time between a person being infected and self-isolating, we can bring transmission and the R value down with much less disruption than through national lockdowns. To achieve this requires effective community test and trace, full financial support, monitoring of isolation and clinical follow-up. However, what we are seeing is a scaling back of this programme. Sick pay rates are under £96 a week, unless you’re one of the 2 million people who earn less than £120 a week, in which case you get nothing. In Canada or New Zealand, you would receive the equivalent of £287 or £308 a week in the UK.

The ineffective test, trace and isolation programme is the gaping hole in the government strategy. We should remember that most of the countries that went for an intensive elimination strategy had no national lockdown, their economies are thriving and their people look forward to their vaccines with little local mutation risk. The government did not invest in a robust community protective shield, isolation has been wholly inadequate, it allowed the virus to spread, and plans to do so in future. Let us hope the vaccines do work because if not, the only way out is more lockdowns.

After Kavanaugh, #MeToo should launch a new temperance movement

On Italys budget, confrontation is guaranteed

Just say no to a blindfold Brexit