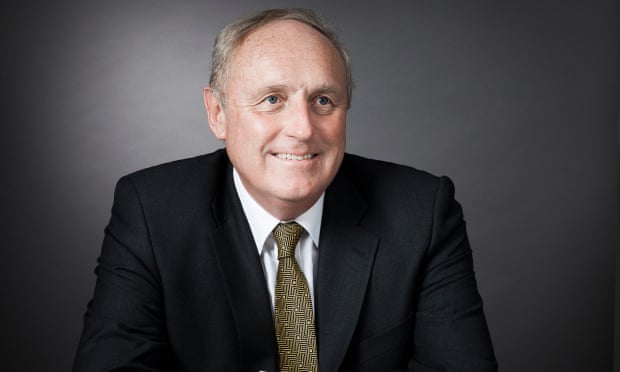 Who regulates the regulators? Less than two weeks after No 10’s abortive attempt to sweep away the standards commissioner, another position relevant to their interests is still in their sights. Former Daily Mail editor Paul Dacre is yet again in the running to head up media regulator Ofcom, having earlier this year been firmly judged by the interview panel as “not appointable”. What a mania for sympathetic placemen this government does have. Surely there should be some kind of body charged with overseeing “new broom” appointments such as Dacre’s? Call it the Office of Coming Under New Tutelage (Ofcunt).

But listen – I love the idea of a fresh face, and Paul, 73, seems the ideal candidate. This is the movie Sunset Boulevard could have been, if only Billy Wilder had had the balls: one in which Norma Desmond is called back into the studio and cast in Roman Holiday instead of Audrey Hepburn. So much more jolly than Paul mouldering away in his mansion and shooting a writer (probably me, after this article).

I suppose if Ofcunt did have a remit, it would be to ask whether one could just rerun things until one got the answer one wanted? As a dedicated reader of Paul’s Daily Mail, I had always been given to understand that even the appearance of interfering with settled decisions should mark one out as a saboteur, or an enemy of the people. Instead, it appears to be what you do if you want a state-of-the-art 21st century media regulator to be run by some MMR scare-pusher who still has his emails printed for him.

Then again, maybe this is a story of personal growth. No editor hated single mothers more than Dacre, and no politician has created more of them than Johnson. So it’s great to see the former so desperate for revival that he is prepared for the latter to pull strings for him to get it.

And what strings. The Johnson administration has been trying to engineer this appointment since summer 2020, reportedly spoonfeeding Dacre guidance on what to say in the interview and how to meet the selection criteria. Yet somehow, he still managed to cock it up first time round. Look, no one sympathises more than me with this snowflake generation of septuagenarian establishment men whose coddling renders them simply unable to handle the rigours and thrust of competition. But can they not just give Paul a participation medal and be done with it?

Instead, they are giving him another go, with former culture secretary Oliver Dowden now defending his decision to rewrite the rules in a way widely believed to better accommodate Dacre’s skillset.

This is already the government that sought to install Charles Moore, Johnson’s hopelessly over-indulgent former Daily Telegraph editor, as BBC chairman. That plan failed to come off, leaving Moore with spare time to push the government into its fiascoid recent attempt to excuse corruption on the part of Owen Paterson. As one cabinet minister put it to the Sunday Times this weekend: “The first rule of politics is that if you listen to Charles Moore and do the complete opposite of what he says, you won’t go far wrong.”

You might be beginning to feel something similar about Oliver Dowden, who has never had a proper job outside Westminster, unless you count five minutes at some PR firm. (And darling, I’m afraid I don’t.) Dowden’s other brilliant idea was to “level up Britain’s screens” – what? – with the current plan to sell off Channel 4. No matter that selling off an advertiser-funded public asset that built an entire independent production sector is a move that could cost that same sector well over £2bn a year. Just chalk up yet another commerce-killing piece of idiocy to The Party Of Business.

Speaking of Channel 4, I do hope Dacre being shooed in to Ofcom would not deprive us of the channel’s long-commissioned series entitled “Paul Dacre’s Worldview”. I previously imagined this as 60 looped minutes of a Spitfire shooting up a Viagra factory, but accept it might just as easily involve things Paul saw out of the chauffeur-driven car window in the decades of being driven between his home in the Royal Borough of Kensington and Chelsea, and the Mail offices (also in the Royal Borough of Kensington and Chelsea). Or perhaps it will be three full hours of what were known within that newspaper’s offices as the Vagina Monologues, after Paul’s predilection for rants beginning with rhetorical inquiries such as “you call that a good cunting headline, you cunt?” If you don’t like this type of filth, be sure to make a complaint to Paul Dacre’s Ofcom.

In the end, though, none of this is really is about Dacre, who is just another bitter and restless faded star with an excess of boiled piss. He is merely a symptom. The disease is a government yet again attempting to game the system to suit itself – or rather, the man who leads it. For never mind his enemies. Perhaps the most unique characteristic of Boris Johnson as a politician is that you couldn’t even find a single one of his friends who would claim he got into politics because he cared about public service. The question for Conservative MPs, as he grinds on regardless, is how many things this prime minister will be allowed to break, pervert or permanently distort in a spree motivated solely by his own self-interest. Many of them are worth saving; for some it might already be too late.

Why Putin isnt sweating the midterms

Europes conservatives need a leader not an apparatchik

Online abuse for female colleague and none for me. Why?