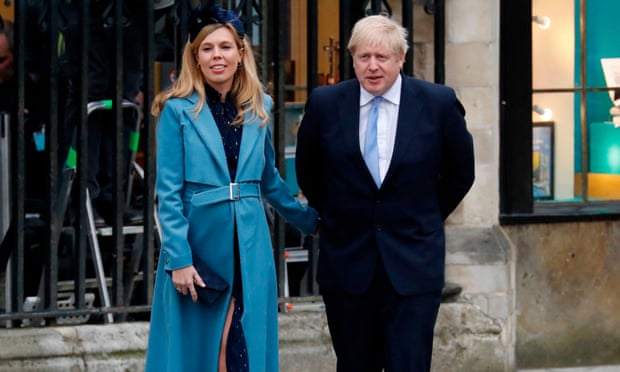 Well, I for one won’t be happy until I see Dominic Cummings in a rattan armchair, looking right at Oprah Winfrey and saying: “Thank you for asking how I am. Not many people have asked if I’m OK.”

Ever since Cummings stepped back from duties last year, it has been clear there is a certain amount of hurt between him and his former brothers-in-arms. But events of the past few days have revealed just how deep that bitterness runs. God forbid Michael Gove is taken from this earthly realm any time soon, but if it did happen I hope that Peter Phillips would be available to walk between Dominic and Boris Johnson at the funeral. It goes without saying that their rift would have devastated Princess Diana. In 2017, the princess’s former psychic healer told the Daily Express that Diana had been in touch to inform her she would have voted Brexit. The princess backed leave, said her medium, “because Britain was really great before the EU. That’s the only political thing she’s ever said – because she loved the country.”

If any of the above feels absurd to you, please consider just how much more absurd it is that the actual prime minister decided to ignite a war with his crazy ex-spad. Boris Johnson had better hope the polling public decides that he’s the royal family in all of this, and not the Meghan-and-Harry.

And so to the Johnson-Symondses’ apparent belief that No 10 Downing Street was some kind of hovel. Remember, prime ministers can spend £30,000 a year – a year! – doing up this flat, which, owing to the churn in personnel, gets done up fairly frequently anyway. You also get to spend your weekends at a fully staffed stately home. Chequers is, of course, where Boris chose to skip various Cobra meetings as the pandemic closed in.

Yet I’ve lost count of how many well-sourced stories there have been about poor old Johnson’s “money troubles” during the past pandemic year. They simply never stop. Read the room, guys! The only hard-luck tale people would have found more affecting was Prince Harry’s story of being “financially cut off” aged 36, forced to buy emergency $20m accommodation in the California billionaires’ enclave of Montecito.

Michael Gove’s wife, Sarah Vine, once declared that a picture of Ed Miliband’s kitchen told you “all you needed to know” about the then Labour leader as a human being. Maybe you can tell the same amount about Johnson and his fiancee from the way they’ve gone about their own interior designs. I’m afraid that whatever the weird loans/donations/retrofitted hokey cokey that led to the PM spaffing up to £200,000 on his flat, one thing is crystal clear. Boris and Carrie’s lavish redecoration scheme was undertaken by two people apparently refusing to accept the most basic rule of home economics that the rest of the country has to work under. Namely: if you can’t pay for something, then you can’t have it.

The prime minister and his fiancee didn’t think such a rule was for them, and here we are. As indicated, they are not exactly helped by the backdrop against which all this was taking place. It seems pretty grotesque that while Johnson was delivering hard-nosed little homilies about why he couldn’t extend free school meals, he himself was indulging in truly feckless luxury interiors spending.

Maybe Boris and Carrie planned to do an at-home photoshoot with Tatler or something, so the boring little Conservative party members with their supposedly “nightmare” John Lewis furniture could see what their party subscriptions had paid for. Or maybe some nice businessman was going to buy it all for them as a no-strings-attached present. We don’t know, as it hasn’t been comprehensively disclosed. What we do know is that when Peter Mandelson was revealed to have taken an undisclosed home loan, Telegraph columnist Boris Johnson was positively rapturous about his sacking: “In the Ministry of Sound,” he wrote, “the tank-topped bum boys blub into their Pils … for Mandy is dead, dead ere his prime!”

Can’t believe the guy who wrote that turned out to be a shit. Honestly, what were the chances? Perhaps that’s yet another question for the cabinet secretary, Simon Case, a sensationally unimpressive man whose appeal to Johnson (who appointed him) was made abundantly clear as he stonewalled his way through a select committee appearance on Monday. Simon not-on-the-Case, more like. Britain’s most senior civil servant seems to be conducting about 37 interminable reviews or inquiries into the inevitable implications of a serial liar and newspaper columnist leading a country at a time of crisis (I paraphrase only slightly). Maybe he’s trying to create one Whitehall internal affairs job for every 100 that’ll be lost thanks to Johnson’s calamitous failure to understand that optimising for health and the economy were the same thing.

As for where all this will or won’t lead, one of the worst aspects of British political life is that no piece of alleged wrongdoing is permitted to emerge without a load of the in-crowd rushing to the airwaves to explain loftily how the out-crowd don’t understand or care about it. Talking about whether people are really talking about something now accounts for about 80% of the commentator economy. In not so many words, these know-alls suggest the public are too thick or busy surviving for whatever it is to “cut through” – more in-group lingo – which probably doesn’t end up being the anti-elitist look they were going for.

Maybe the geniuses of Boris Johnson’s Downing Street will keep insulting the public’s intelligence. But you don’t have to be in with the in-crowd to have a stake in politics or a deep understanding of how you’re viewed. I keep reading that Dominic Cummings “knows where the bodies are buried”. Unfortunately, so do 127,000 families.

Who are Europes far-right identitarians?

This time Putin has gone too far