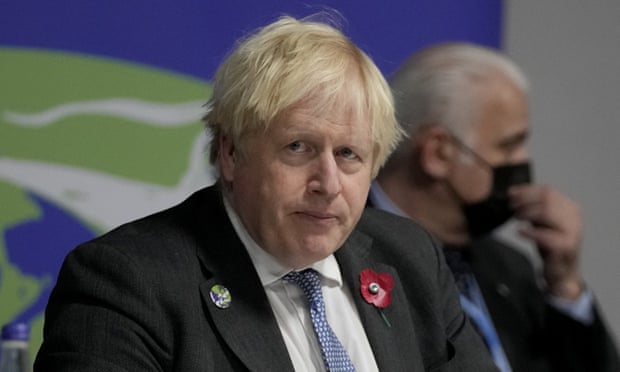 In the midst of the Conservative car crash over the Owen Paterson lobbying affair, I asked a very senior Tory if he thought Boris Johnson’s ignominious U-turn would now reshape the party political landscape. He replied with the words of the instinctive pragmatist: “We will see. In politics, nothing matters – until it does.”

Plenty would say this is a moment when it matters. Labour seems re-energised by the anti-sleaze campaign. Charges against Tory MPs Geoffrey Cox, Iain Duncan Smith and Daniel Kawczynski have given the Paterson outrage fresh legs. Reporters across Fleet Street are digging for more scandals. Columnists – not just on this newspaper – are plundering the thesaurus for condemnatory language with which to damn the scoundrel in Downing Street.

Don’t get me wrong: the indignation is justified. It will also have some effect. The polls are narrowing in Labour’s favour. But the larger political question has to be a cooler one. Can we be sure, in the words of my senior Tory, that it matters? Does this row in fact shift our politics?

At this point, consider three things. The first is whether this is a time when the Conservative party, with its hardwired sense of self-preservation, goes on red alert to seek Johnson’s downfall. The second is whether this sleaze crisis might have a cataclysmic effect on the Johnson government similar to the one that helped bring John Major down in 1997. Finally, is this the beginning of the end of the affair for Johnson and his voters, and the opening of a new opportunity for Labour and the opposition parties?

In 1990, the Tory cabinet and backbenches were each vital in ousting Margaret Thatcher, the party’s three-time election winner. They did this after opinion polls showed the Tories could lose an election under Thatcher but win one under Michael Heseltine, amid widespread backbench unease about Thatcher and under leadership election rules that favoured the challenge. In the end, it was the cabinet that ushered Thatcher to the door.

Today’s circumstances are different. The Tory party does not currently regard Johnson as an electoral liability, but as an asset. The cabinet has been handpicked for its loyalty to Johnson. And the rules now give party members, among whom Johnson is still highly popular, the final say. So the days of the fabled “men in grey suits” wielding the stiletto have gone.

The sleaze crisis of the 1990s is not an off-the-peg model either. For one thing, it seemed endless, stretching from the David Mellor sex scandal of 1992 up to the 1997 election, in which Neil Hamilton was ousted by the anti-sleaze candidate Martin Bell. In contrast, today’s crisis, though undeniable, has lasted barely a week.

Another big contrast is that Labour under John Smith and Tony Blair was well ahead in the polls throughout. Any byelection in the 1990s threatened disaster for the Tories. That’s not yet true today, although it may change. Unlike Paterson, Cox, Duncan Smith and Kawczynski all have seats that the Tories could struggle to hold, if things get that far.

Above all, however, today’s public cynicism about politics extends to all parties, not just to one. Whether Labour can pick up every wavering Tory vote is doubtful. Close to the heart of all this is a question that simply never applied in the 1990s. Can Labour, or any of the opposition parties, win the votes of lost leavers, whatever the level of sleaze or corruption in Tory ranks?

After all, for many leave voters it was Labour and the opposition parties that brought discredit on politics by attempting to overturn the Brexit vote. For these voters, Johnson may be a scoundrel inhabiting a moral vacuum; but in the end he is their scoundrel. He delivered Brexit.

The Whig historian Lord Macaulay wrote something relevant here. Discussing popular support in 1685 for the Duke of Monmouth, the illegitimate son of Charles II who led a doomed Protestant revolt to seize the throne from his Catholic uncle King James II, Macaulay said it was unfair to charge the “common people” with “inconstancy” for their volatile enthusiasm for a pretender whom they later spurned. “The charge that may with justice be brought against the common people,” intoned Macaulay, “is, not that they are inconstant, but that they almost invariably choose their favourite so ill that their constancy is a vice and not a virtue.”

No one except Jacob Rees-Mogg would use such language today. But Macaulay’s point still has resonance. For five years and more, our politics has been dominated by the upsurge of popular constancy that Johnson harnessed for Brexit. This has caused many observers to see these years as a historical break, marking the end of industrial-era democratic party politics and its replacement, driven by social media, of a more celebrity-focused populism that chews up and spits out old parties that stand in its way.

The question of whether politics is tiring of Johnson is therefore obviously important. But it poses a systemic question as well as a personal one. It asks us to suppose that Britain may be ready to embrace new – and ultimately more consensual – forms of democratic politics, not simply to reinstate the old ones, and to be ready with them when today’s discredited system collapses. Right now, this feels like a stretch. The polls do not support it. But it’s like the man said: in politics, nothing matters – until it does.

How I trolled Putin and lived to tell the tale

No bailout fund without representation

Brexit is an electrifying moment for renewing the NHS

Counting the cost of Brexit inaction

Dont put US bases in Poland