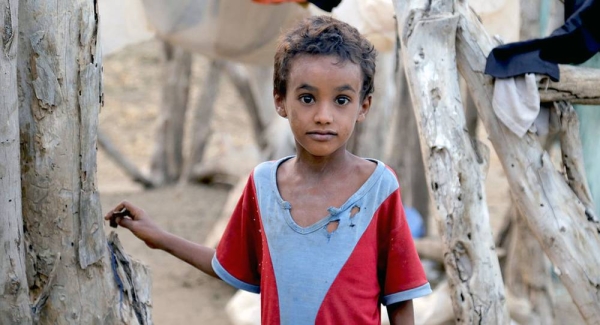 Eleven children, including a one-month old baby, have been killed in Yemen in the last three days, according to the United Nations.

The first shelling took place in the town of Durayhimi over the weekend, just south of the strategic port city of Hodeida, which handles about 70 percent of all imports to Yemen. The second took place in the neighborhood of Usayfara on Monday, in the large government-controlled province of Taiz.

UNCIEF said it was unclear who was behind the attacks and warned the number of casualties was expected to rise.

“The killing of children is appalling. Children should be protected at all times. We call on all parties to the conflict to spare children and keep them out of harm’s way,” said Philippe Duamelle, UNICEF Representative to Yemen.

The attacks were the latest in a devastating war that pits a Saudi-led coalition supporting the country’s internationally recognized government against the Iran-backed Houthis, who control vast swathes of the north.

The conflict, now in its fifth year, has seen some 112,000 people killed and another three million displaced, with little hope of progress in peace talks.

UN experts have accused both sides of committing war crimes.

An escalation of fighting in Hodeidah and Taiz has led to the highest number of casualties among children over the past year, Save the Children warned last month, with at least 29 children killed or injured in the two cities in October.

More than 600 civilians have been killed or wounded in the port city this year, according to the group.

Children in Yemen are already facing immense suffering, with the UN reporting that the number of starving children has reached a new record, with more than half a million also facing acute malnourishment.

In the worst-hit area of Hodeida, almost 30 percent of children were said to be starving, with families unable to access food amid sky-rocketing food prices and severe disruption in imports.

The flare up in violence comes almost two years after both sides signed a UN-sponsored true deal in Stockholm, which aimed to stop the fighting in Hodeidah and Taiz.

The war erupted in 2014 when the Houthis seized the capital and much of the country’s north.