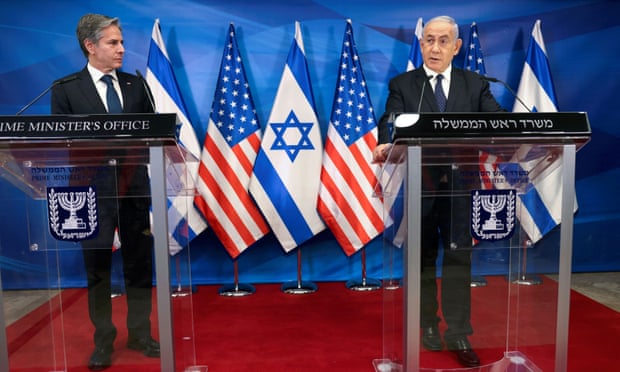 The war in Gaza this month was the third war since 2008, and there have been other rounds of fighting in between. In between the wars there is no peace, as Palestinians live under various forms of occupation in the West Bank, Gaza and East Jerusalem. Diplomats and western media seem to be pointing to these underlying problems more often than in the past, in part because US progressives are starting to see parallels with civil rights and apartheid. But, so far, the ceasefire seems to have brought only a return to business as usual. As just one example, the recent flare-up in violence began with the planned eviction of Palestinian families in the East Jerusalem neighbourhood of Sheikh Jarrah. These evictions are still being considered, along with others in the neighbourhood of Silwan.

Palestinians and Israelis working for peace and human rights are worried that the world will look away now the rockets and air raids have stopped. This creates terrible incentives for the parties on the ground. Palestinian nonviolent action barely registers. When Donald Trump announced a “vision for peace”, where Israel would keep all its settlements and have sovereignty over the whole of Jerusalem, western analysts mused that the Palestinian – and broader Arab – response seemed muted. As a young Palestinian activist in the West Bank told me that week: Europe measures us only by how many of us go to the streets and get shot.

Most world leaders condemned the Trump plan. But they did little to provide an alternative. This is because they are stuck between their official positions, which they don’t want to depart from, and their beliefs about what is politically possible. There is a wide international consensus backing a negotiated two-state solution. However, few governments see any prospect of it being implemented in any foreseeable future, given Benjamin Netanyahu’s longstanding opposition to a Palestinian state, the positions of Hamas and the divided nature of the Palestinian leadership. In Israel and Palestine this week, US secretary of state Antony Blinken spoke of security for both peoples. But he didn’t mention the two-state solution.

This creates a massive problem for diplomacy, as the generally espoused “solution” is not taken seriously as a realistic prospect that the leaders on the ground are actually expected to deliver. World leaders have no real interest in expending political capital on reviving a peace process that they don’t think will work. So while leaders officially say the status quo cannot be sustained, in reality they send a message that the status quo can continue indefinitely.

Most Palestinians understandably think a two-state solution will never happen. As a result, young Palestinians are increasingly calling for equal rights in a single state – because what they see around them is a situation where there is only one state, Israel, where they lack rights and citizenship.

But the international community won’t back this idea because the demographics of a single state would result in a Palestinian majority, if both the West Bank and Gaza were included. For Israelis and many Jewish people around the world, a single democratic state based on equal rights, with a Palestinian majority, would in effect mean the end of the only Jewish state. And they generally see this as unthinkable and dangerous, fearing Jewish people would once again be persecuted and expelled.

What is needed now is a concerted international renewal of diplomacy. This time, it should not make the future of the occupation conditional on negotiations between the Israeli and Palestinian leaders. The need to implement international law, and ending the occupation should be the starting point, not one distant possible outcome.

There could be ways to secure the rights of both peoples, with models such as a binational state or a confederation, but there has been no incentive for Israeli or Palestinian leaders to seriously consider these alternatives. After all, the international community has sent the message that Israel can sustain and expand the occupation while deepening its partnerships with western countries. For instance, the UK’s previous defence review in 2015 had one word about the peace process; the 2021 version dropped that altogether, and only mentioned co-operation with Israel.

Instead, the US and Europe should indicate clearly to Israeli and Palestinian leaders that the status quo is unstable and unacceptable. Palestinians must be able to be citizens of a state, not least because having millions of people outside the protection of a state that they can belong to creates international problems such as refugee flows and spill-overs of violence. Moreover, while there is no Palestinian state, Israel, as the occupying power, is responsible for protecting Palestinian civilians (including, for instance, providing them with Covid vaccines).

The international community should assemble a multilateral international conference, three decades after the 1991 Madrid peace conference, to assess the different options for the political future. The role of the Middle East Quartet – of the UN, EU, US and Russia – should be upgraded with greater diplomatic and financial resources.

Human rights, international law and freedom of worship should be placed at the centre of international efforts. International law and human rights are not conditional on having leaders who are effective negotiators; it has worn thin to blame Yasser Arafat’s choices at Camp David in 2000 for the restrictions that Palestinians face today. Importantly, it needs to be acknowledged that the “economic track” mooted by many in the past – to improve Palestinian prosperity, regardless of whether the peace process is functioning – is itself dependent on certain rights being respected, particularly around movement and property.

Meanwhile, the UN should support Palestinians to hold a badly overdue national dialogue to ensure that they have inclusive representation at any such conference, which would make their diplomacy more effective and more legitimate. It is striking that the voices that are shifting the debate about Palestinian rights are not those of the well-known diplomats but of a new generation of independent, young Palestinian activists, placing rights and citizenship at the centre of their thinking.

Will the Tories finally tackle Islamophobia in their party?