Demonstrators hurled stones at military forces and some protesters attempted to scale a security fen.. 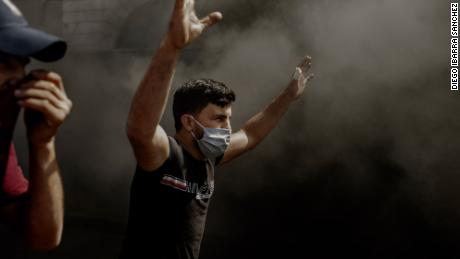 Demonstrators hurled stones at military forces and some protesters attempted to scale a security fence outside the prime minister's office in the capital city Beirut. Protesters chanted against the country's political elite, which many hold responsible for the country's economic woes. Lebanon's main coastal highway was closed by burning tires in the north and south of the capital, as protests were staged in areas that rarely see demonstrations, such as Hezbollah strongholds in the capital's southern suburbs. 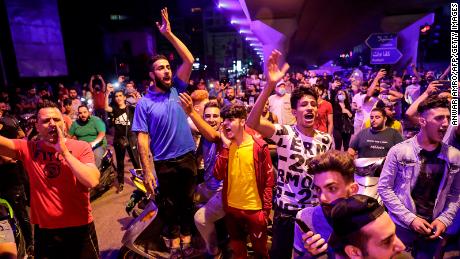 In the northern city of Tripoli, protesters pelted the army with rocks and threw Molotov cocktails at the city's Central Bank office. Protests also erupted in the southern cities of Saida and Nabatieh. In recent days, Lebanon's currency has taken a nosedive, losing around 70% of its value since October. The currency's collapse has stirred panic in a country that relies heavily on imports for its basic needs.Food prices have soared amid mass layoffs and business closures in recent months. The World Bank has projected that Lebanon's poverty rate will stand at nearly 50% in 2020. Lebanon's current government, led by Prime Minister Hassan Diab, has been in power for just over 100 days. Protesters accuse it of having done little to alleviate economic problems. Read More – Source

Syria in the new era of gunboat diplomacy

How Mohammed bin Salman built a security network around him