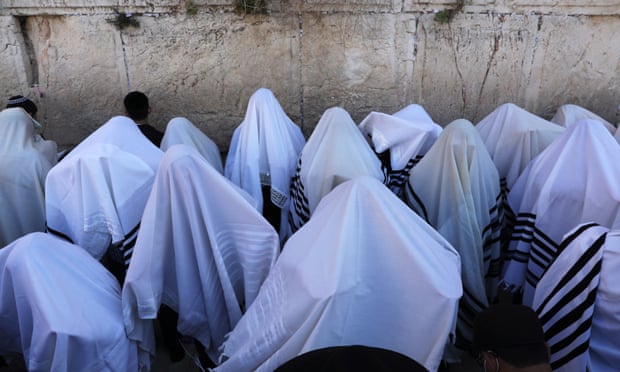 A man in Jerusalem who has worked for years as a rabbi and raised his family in an ultra-Orthodox community has been accused of faking his religion to mask his true identity as a Christian missionary from New Jersey.

Beyneynu, an organisation that monitors missionary activity in Israel, said the man wore traditional ultra-Orthodox clothes and even performed marriage ceremonies for Jewish couples to hide the “bitter truth” that he secretly sought to convert Jews.

“The family has been under surveillance for at least seven years,” Shannon Nussan, a researcher for Beyneynu, told local media.

She said in 2014 the man was confronted by her organisation but “disappeared” before re-emerging with his wife and children in another neighbourhood. Once there, she said, “he assimilated into the ultra-Orthodox community and began a new life, but [one] apparently full of lies”.

The man’s wife, Nussan said, promoted Judaism on social media but “incorporated content from Christianity”. She died last year and was buried in Jerusalem with a Jewish funeral ceremony, Nussan said.

Many in Israel see the conversion of Jews as a threat to the relatively small global population as well as their majority demographic status within the country. While the country’s laws do not ban proselytising, it is forbidden to preach to a person under 18 without the consent of a parent or to offer material gifts in exchange for conversion.

The Guardian has been unable to reach the man for comment. However, speaking to the local Channel 13 news station, the accused denied the allegations.

“It’s a lie. I was born Jewish,” he said. He added that while he had worked as a missionary seven or eight years ago, he had since “repented”.

Behadrei Haredim, an ultra-Orthodox website that first reported the news, said the incident “blew up” a week ago after the man’s 13-year-old daughter told a classmate that Jesus “accepts everyone, even if they are wrong”.

It quoted a resident as saying that the neighbourhood was “in great shock”.

Behadrei Haredim alleged the family emigrated to Israel from the US using forged documents, pretending to be the descendants of Holocaust survivors. Under Israeli law, all Jews, no matter where they were born, can become citizens.

The news website said evidence against the man and his family would be delivered to the interior ministry “since the family immigrated to Israel fraudulently”.

Beyneynu said: “From our information, it appears that there is no sign or proof that the family has Jewish roots.”

Several evangelical charities are active in Israel and say they are against missionary work, even if some carry it out quietly.

Israel’s government has been criticised domestically for its close relationship with evangelical organisations in the US. Some of those groups support the country both politically and with funds due to a belief that a Jewish presence across the holy land will help fulfil an apocalyptic biblical prophecy.

Decor without decorum – this is home economics, Johnson-style