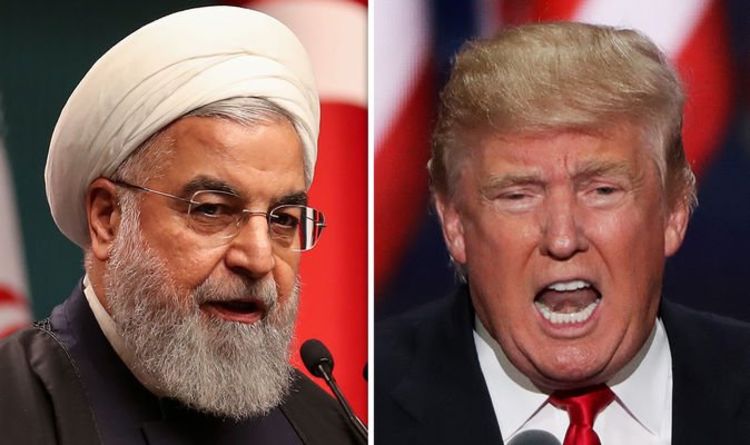 Iran has long been accused of seeking to acquire nuclear weapons though it denies the claims. Tensions in Iran surged on Friday when Mohsen Fakhrizadeh, the chief Iranian nuclear scientist, was assassinated outside Tehran.

Mr Fakhrizadeh was killed in a bomb and gun attack which reportedly involved several assailants.

Iranian authorities have blamed Israel for the attack though this has not been independently confirmed.

Following the killing the Iranian parliament backed a draft bill calling for “the lifting of sanctions and protection of the Iranian people’s interests”.

They claimed this would achieve the lifetime goals of Mr Fakhrizadeh after he was “martyred”.

If Iran does block nuclear inspections it would be seen as an extreme provocation by the country’s rivals and could lead to open conflict.

Israel and Saudi Arabia have repeatedly insisted Iran must not be allowed to acquire an atomic weapon.

The proposed law calls on Iran to “produce and store 120 kilogrammes per year of uranium enriched to 20 percent”.

However the proposal has been firmly rejected by the Iranian regime.

Speaking to a press conference on Tuesday Saeed Khatibzedeh, a foreign ministry spokesman, said it would be “neither necessary nor useful”.

He added: “The government has explicitly announced that it does not agree with this plan.”

In 2015 Iran agreed a deal to restrict its nuclear activities following negotiations with the US, China, Russia, Germany, Britain and France.

However Donald Trump was fiercely critical of the deal and announced an American pull-out in May 2018.

The president argued Iran was failing to honour the spirit of the agreement by continuing to develop long ranged missiles and supporting terror groups across the Middle East.

In response Tehran increased the pace of its nuclear programme.

Following Joe Biden’s election victory there is speculation a new deal could be agreed.

Following Mr Fakhrizadeh’s assassination the Iranian state has been emphasising his support for the nuclear deal.

Mr Khatibzadeh labelled him “one of the main assistants behind the scenes in discussions” which lead to the 2015 agreement.

On Tuesday the INRA, a state controlled news agency, released a photo of Mr Fakhrizadeh being given a medal by the Iranian president for his “contribution” to the deal before his assassination.

Last month the International Atomic Energy Agency (IAEA) said Iran had resumed enriching uranium, which is used in nuclear weapons, beyond the limit set by the 2015 agreement.

Tensions between the US and Iran surged this year after an American airstrike killed Qasem Soleimani who commanded the elite Iranian Quds Force.

US officials alleged Soleimani had been supporting terror attacks on western interests across the Middle East.