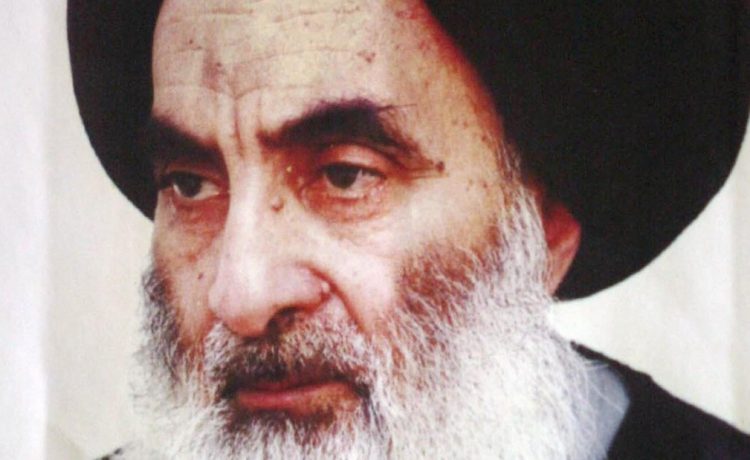 He is a member of a well-known family of religious scholars and began studying at the age of 5.Al-Sistani has written many books and treatises on Islamic law and life.During Saddam Hussein's regime, Sistani was under house arrest for many years.Rarely does interviews and is rarely seen in public. 1952 – Sistani moves to the holy city of Najaf, Iraq, to study with Shiite clerics there.1990 – Is chosen by other religious figures to lead an important network of schools in Najaf.September 2002 – Issues his first political fatwa, urging Muslims to unite and defend Iraq against outside aggressors. April 2003 – Sistani's house arrest is lifted after the US-led invasion of Iraq. Sistani issues his second political fatwa, urging the Iraqi people to remain neutral and not to interfere with the US forces.June 3, 2004 – Sistani endorses the new Iraqi government. Says the new government lacks "legitimacy of elections" and does not represent "in an acceptable manner all segments of Iraqi society and political forces. … Nevertheless, it is hoped that this government will prove its efficiency and integrity and show resolve to carry out the enormous tasks that rest on its shoulders."August 3-26, 2004 – Fighting engulfs the city of Najaf. Militiamen loyal to Iraqi cleric Muqtada al-Sadr battle US forces for control of the area.August 6, 2004 – Sistani, who seldom leaves his home in Najaf, travels to London for treatment for heart problems. August 25, 2004 – Sistani returns to Iraq and begins negotiating a ceasefire in Najaf. Before his return he asks all Iraqis to "march to Najaf in order to rescue the city."August 26, 2004 – Arrives at his home in Najaf, where he and Sadr reach an agreement to put an end to the violence in the region.February 13, 2005 – The results of Iraq's January 30, 2005, election are released. Sistani's United Iraqi Alliance comes in first, with more than four million votes.December 2008 – Sistani endorses the Iraqi government and US military troop withdrawal proposal.January 2009 – Releases aRead More – Source