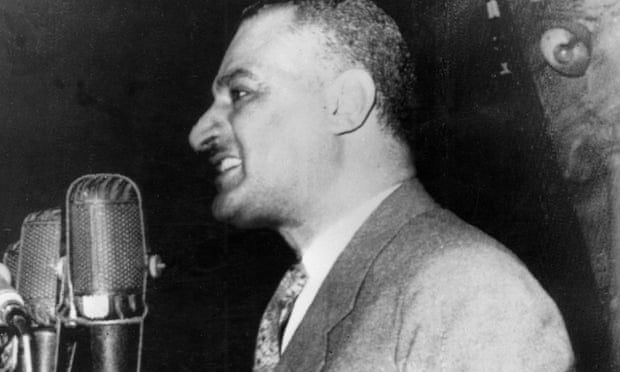 President Nasser announced last night that the Egyptian Government had decided to nationalise the Suez Canal company and to use the income from the canal of $100m a year to build the Aswan high dam. Last week the United States and Britain withdrew their offers of money for the dam.

Britain is the largest single shareholder in the Suez Canal company, owning seven-sixteenths of the total. The company’s 99-year concession was due to expire in thirteen years, after which the canal would have reverted to Egypt. President Nasser said shareholders would be paid in accordance with the last closing prices on the Paris bourse.

Senior Egyptian officials arrived in Ismailia from Cairo last night to take control of the Suez Canal company’s headquarters and chief installations which had been placed under strong police guard. Police also cordoned off the company’s administrative building in Cairo. Early to-day it was learned that Sir Anthony Eden had conferred, for three hours – with Cabinet Ministers, the Chiefs of the three Services, the French Ambassador, and the American Charge d’Affaires – to discuss Egypt’s action. The talks were at 10 Downing Street.

He declared that the British and American offers to help to build the high dam were tied up with economic domination as a prelude to political domination. The Suez Canal income was £35m, of which, at present, Egypt took a share of just over £1m. “In five years we will be able to acquire £178m. We don’t have to seek American and British aid for building the dam. We will build it ourselves and with our own money. Egyptian officials are now taking over the company. We are taking back what is rightfully ours.”

“In name of nation”
The Egyptian President said the Government had approved a law nationalising the company “in the name of the nation.” The company would be transferred to the State with all its assets and commitments. He then read the law passed by him as President of the Republic.

Saudi university launches survey into the effects of women driving

Were not a banana republic, Saudi FM tells Canada