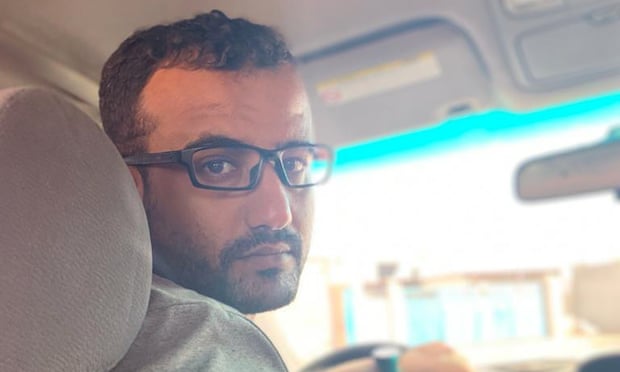 Calls are growing for the release of a prominent Yemeni journalist held by local forces with links to the United Arab Emirates in the country’s complex civil war.

Adel al-Hasani was arrested at a checkpoint between the southern city of Aden and neighbouring Abyan province in September last year by Southern Transitional Council (STC) soldiers and has been held at al-Mansoura prison in Aden since, according to reports.

He has been detained over what the STC claims is support for both al-Qaida and Islamic State. Friends and colleagues say, however, that Hasani was targeted because of his work with foreign news organisations.

Hasani’s months-long detention was made public this week in a report by the HuffPost, quickly spurring demands for his release from colleagues at the BBC, PBS and Vice News, as well as the Committee to Protect Journalists (CPJ).

According to the HuffPost, Hasani’s health is deteriorating rapidly and he has been unable to meet his youngest child, born during his detention.

“Adel al-Hasani’s months-long detention for no discernible reason other than his work covering the ongoing conflict in Yemen is further evidence of the grave dangers faced by the press throughout the country,” said Justin Shilad, the CPJ’s senior Middle East and north Africa researcher.

The STC formally called for renewed independence for South Yemen and a split from the UN-recognised government in 2017. While both the STC and the Yemeni government are fighting against Houthi rebels, the relationship between the former allies has deteriorated after several rounds of fierce infighting, and the STC remains in control of much of the south of the country.

The STC is backed by the United Arab Emirates, the Yemeni government is supported by Saudi Arabia, and the Houthis are allied with Iran. Yemen’s six-year-old war has also drawn in western powers which sell arms and supply technical assistance to the Saudi-led coalition fighting the Houthis.

STC representatives did not immediately respond to the Guardian’s requests for comment. When contacted by the CPJ, Mansour Saleh, the vice-president of the STC’s media department, said there was a criminal case against Hasani.

During the Yemen war several journalists have been killed in airstrikes and hundreds more imprisoned, tortured or forced to flee the country. The AFP photographer Nabil Hasan al-Quaety, who supported the STC, was killed by unidentified gunmen outside his home in Aden last summer.

Yemen ranks 167th out of 180 countries listed in Reporters Without Borders’ world press freedom index. Four journalists are facing the death penalty at the hands of the Houthi authorities in the capital, Sana’a, on charges of spying.

Saudi looking to start nuclear pact talks with US ‘in weeks’

A Geneva – Based NGO Condemns Israeli War Crimes in Gaza