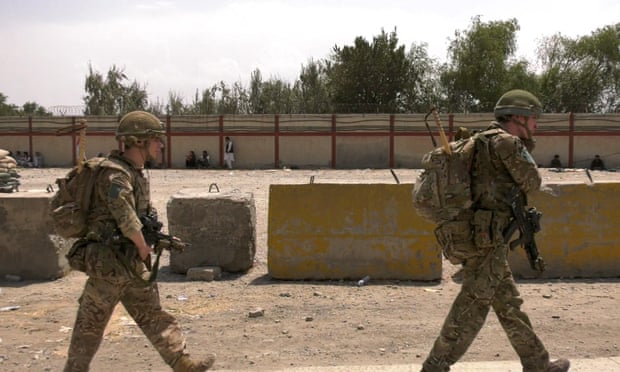 There is also a strong reluctance to publish books and articles that are critical of the military, even by those who served. All three books cited by Akam are by journalists who are ex-military.

Akam’s The Changing of the Guard (2021) is critical, but only up to a point. While he rightly argues for an inquiry into the military, his book does not acknowledge the Chilcot report’s evidence that the military elite lobbied and manipulated for maximum involvement in both the Iraq and Afghan wars.

Responsibility for the consequent military crisis was successfully deflected on to the politicians. Such is our militarised culture that even the Chilcot report seems to be beyond the boundary of “legitimate debate”.
Prof Paul Dixon
Author, Warrior Nation: The Iraq and Afghan Wars and the Militarisation of British Democracy

Simon Akam’s judgment about the reluctance of the military to critically review its performance is totally correct. Sadly, this is not a new phenomenon and continues a deep-rooted behaviour that goes back at least to the first and second Afghan wars in the 19th century. Norman Dixon’s seminal work, On the Psychology of Military Incompetence, published in 1976, provides numerous 20th-century examples of similar events, with interesting commentary on possible causes for this kind of institutional response. As in all walks of life, failure to critically review individual and collective action, and to learn from it, leads to repeated blunders.
RC Pennington
Stokesley, North Yorkshire

Not only must the military face up to its failings in Afghanistan but Britain as a whole must face up to the fact that military force is never sufficient to secure peace and stability in any country. China has shown that aid secures lasting influence in Asia and Africa, but the UK government has drastically cut aid to some of the poorest countries in the world in order to spend more on weapons of mass destruction. One Trident missile is sufficient to secure Armageddon, but such is the influence of our arms manufacturers that they have skewed our whole economy to mean that “Global Britain” must be armed to the teeth.
Margaret Phelps
Penarth, Vale of Glamorgan

Heartfelt thanks to Nesrine Malik for her much-needed truth-telling (Why the west will learn no lessons from the fall of Kabul, 23 August). The real purpose of the west in its ongoing wars around the world is indeed demonstrating “Infinite Reach”. The power that it aspires to is that of domination – in a world where the power of cooperation is what we desperately need. If governments don’t know how to do it, their people must show them the way.
Diana Francis
Bath, Somerset

The French evacuated their people from Afghanistan in May. They called it “anticipatory planning”. The UK government insists that its quota of acceptable Afghan refugees must be properly processed in Afghanistan or its neighbouring countries. The potential asylum seekers now waiting at Calais, who are deemed illegal, are surely guilty of nothing other than anticipatory planning.
Jim Golcher
Greens Norton, Northamptonshire

Who’s to blame for the Afghanistan chaos? Remember the war’s cheerleaders

Start-up of the Week: Digital studio Tamawoj: A brilliant fusion of science and art

Saudi industrial firms gain as US facilities step up role