HomeMiddle EastAccident or sabotage? What we know of incident at Iran’s Natanz nuclear site
Middle East

Accident or sabotage? What we know of incident at Iran’s Natanz nuclear site 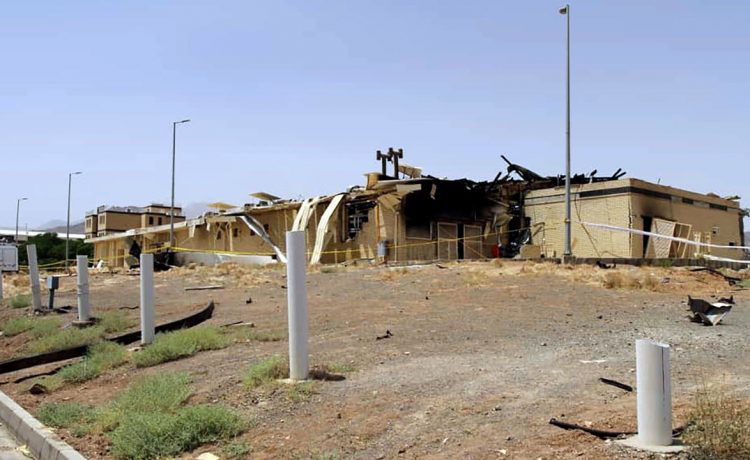 A mysterious incident in the early hours of Thursday, July 2, badly damaged a building at Iran's Natanz nuclear complex and sparked speculation over exactly what happened — and whether foul play was involved. Iranian authorities say they have determined the "cause of the accident", but decline to release details.

Iran's atomic energy agency first reported that an "accident" had damaged warehouses under construction at the Natanz site, some 250 kilometres (150 miles) south of Tehran, in a confusing statement on the morning after the incident.

There were no casualties, "no nuclear material (on site) and no potential of pollution," the agency's spokesman Behrouz Kamalvandi told state television.

The organisation released a photo of a damaged building: a long, one-storey brick structure with few openings, part of an exterior wall blackened by fire, a collapsed section of roof and doors that appeared to have been blown outwards.

State TV showed several images of the building's exterior, but none of the inside.

On Sunday evening, Kamalvandi acknowledged to the IRNA state news agency that the incident had caused "significant financial damage", without elaborating.

But he said the damaged building had been designed to produce "advanced centrifuges", hinting that their assembly had begun prior to the "accident".

What is the Natanz nuclear complex?

The complex is central to Iran's nuclear programme and is kept under very tight security.

Israel and the United States accuse their arch-foe Iran of trying to build an atomic bomb — a charge the Islamic Republic has always denied.

Under the terms of its 2015 nuclear accord with world powers, Tehran had agreed to cap its enrichment of uranium — measured by the presence of fissile isotope Uranium-235 — to 3.67 percent.

It also limited the number of so called first-generation enrichment centrifuges to 5,060.

But a year after Washington unilaterally abandoned the pact and reimposed crushing sanctions, Iran began progressively stepping away from its commitments.

Since mid-2019 it has enriched uranium to 4.5 percent — reactor-grade but still far from the 90 percent required for military use.

Iran has also announced that it is working on developing more efficient centrifuges, without limits.

The incident came at the end of a week marked by two explosions in Tehran, including one near a military site. Officials said the blasts were accidents, but many Iranians suspected covert Israeli operations were responsible.

On Friday, Iran's Supreme National Security Council announced that the "cause of the accident" at Natanz had been "accurately determined".

But it declined to release details, citing security reasons.

On the evening of July 2, IRNA published an editorial warning Iran's arch-foes against hostile actions, saying unnamed Israeli social media accounts had claimed the Jewish state was behind the incident.