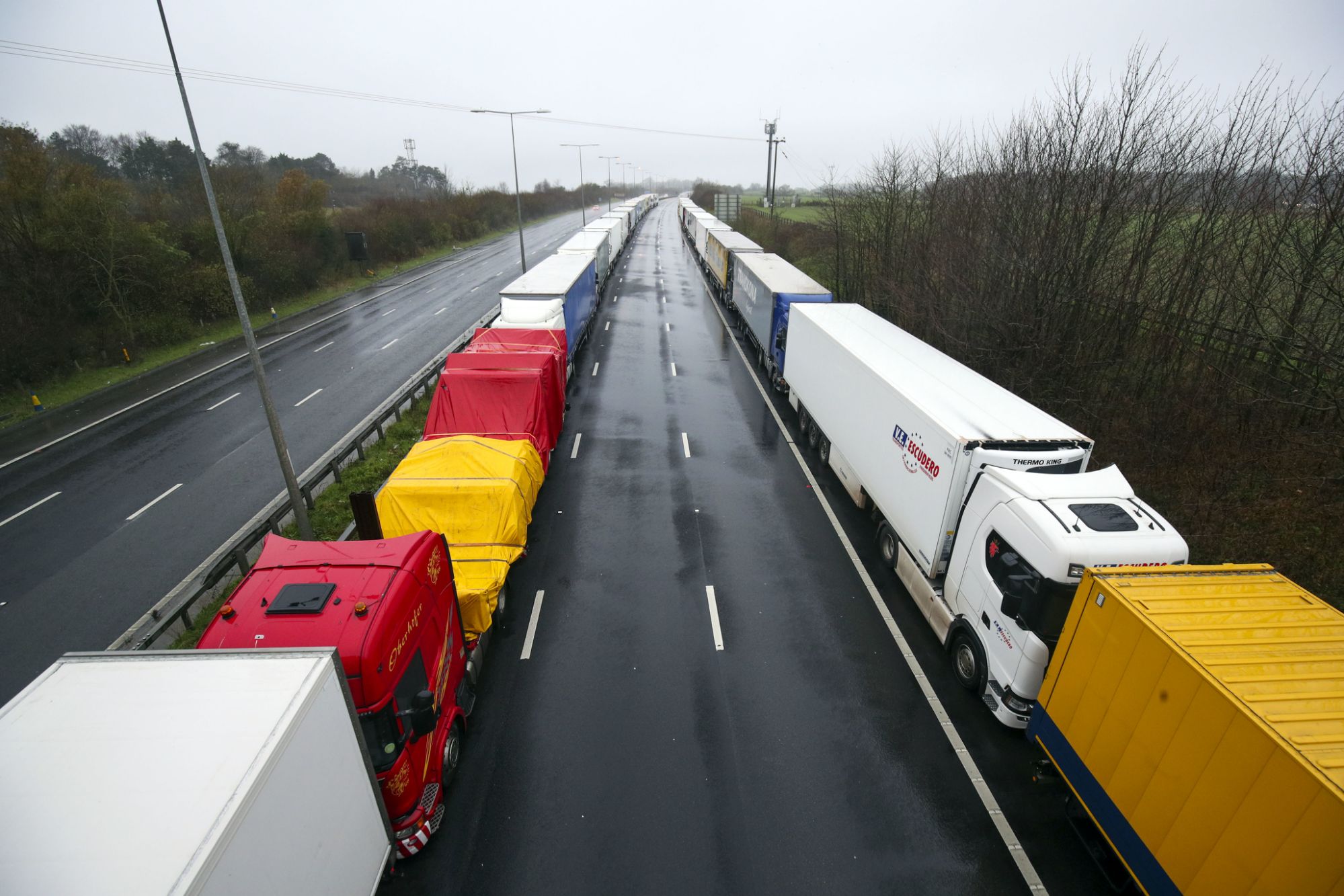 Boris Johnson’s government is considering a plan to bring in mass testing for lorry drivers stuck in Kent in a bid to end the chaos caused by the closure of the border with France.

Home secretary Priti Patel confirmed talks with French government would continue on Tuesday, and said Covid tests for hauliers could form part of agreement to open up the vital Channel freight route.

“Testing of some sort is part of the discussions that the transport secretary is having with his counterpart in France right now. Getting those tests up and running can happen really quickly,” Ms Patel told BBC Breakfast.

She said that transport secretary Grant Shapps was likely to make an announcement later on Tuesday, but refused to be drawn on the timing of any introduction of tests. “I don’t want to speculate about the nature of the tests or how soon we can be up and running,” she said.

It comes as the BBC reported that plans to reopen the border could come into effect from Wednesday, citing France’s Europe minister Clement Beaune.

The French embassy in London also said there could be a “secured reopening” of the border on Wednesday as part of an EU-wide response to the crisis.

“We speak to our colleagues in France constantly on a range of issues and that work has been underway over the last 24 hours and we’ll continue today,” Ms Patel told Sky News.

Asked if there would be a resolution on Tuesday, the home secretary said: “We’re working to get a resolution. It’s in both our interests to ensure that we have flow. We’ll see what materialises today.”

Mr Johnson spoke to French president Emmanuel Macron on Monday as lorries queued in Kent after Paris banned them from travelling across the Channel. Mr Johnson said on Monday evening the two countries were working “to unblock the flow of trade as fast as possible”.

The M20 in Kent was closed on Monday night to allow for the implementation of Operation Brock – contingency measures which involve using a moveable barrier to keep traffic moving on the motorway – as confusion surrounded how many lorries were impacted by the border shutdown.

Mr Johnson said at a Downing Street press briefing the number of lorries waiting on the M20 had been reduced from 500 to 170, but Highways England later said there were 900 lorries parked on the motorway as of 6pm on Monday.

Ms Patel told the BBC Radio 4’s Today programme that there were currently 650 lorries queuing on the M20 and 873. Asked why the number was so much larger than suggested by Mr Johnson, Ms Patel said: “It’s important to recognise that numbers fluctuate … Lorries are not static constantly.”

Stranded truck drivers near the port of Dover who spent a second night sleeping in their vehicles said they just wanted to get back home in time for Christmas. The chief executive of the Port of Dover said it was important to get “heroic” lorry drivers home to their families.

“Listen, lorry drivers are a really good, resilient, self-sufficient bunch,” Doug Bannister told Times Radio. “I think, you know, to do something where we can get these, these, you know, really heroic guys home for their Christmas break, I think we should be focusing on that.”

Supermarket giant Sainsbury’s warned that disruption in Kent could hit supplies of lettuce, some salad leaves, cauliflowers, broccoli and citrus fruit, all of which are imported from mainland Europe in the winter.

Andrew Opie, director of food and sustainability at the British Retail Consortium, said the “borders really need to be running pretty much freely from tomorrow [Wednesday] to assure us that there won’t be any disruption”.

He told BBC Radio 4’s Today programme: “There is a problem potentially directly after Christmas and that is really in fresh produce, so we’re talking here about things like salad, vegetables, fresh fruit, of which the vast majority come from Europe at this time.”

Labour called on the government to implement testing at ports by using spare capacity in the £22bn testing system. Shadow Cabinet Office minister Rachel Reeves said ministers had to “end the dither and delay and take decisive action” in order to “save lives and secure the economy.”

Qatari-Bulgarian relations based on mutual respect and co-operation