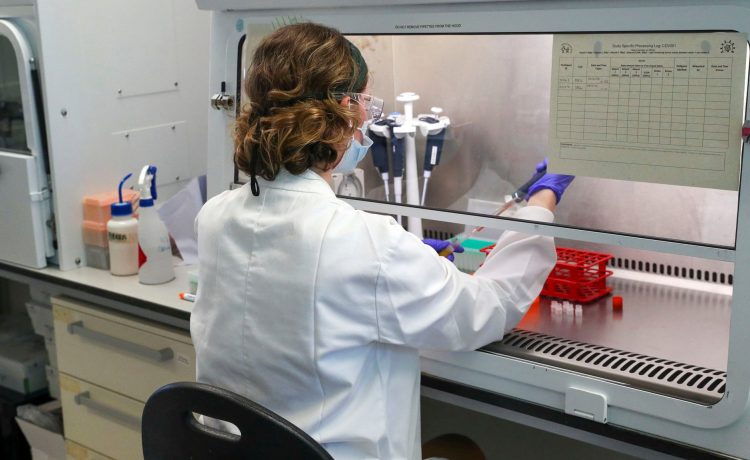 The Covid vaccine developed in the UK by Oxford University and AstraZeneca can protect 70.4% of people from becoming ill and – in a surprise result – up to 90% if a lower first dose is used, results from the final trial show.

The Oxford vaccine is the third to produce efficacy results, following Pfizer/BioNTech and Moderna whose vaccines were made with a different technology. Both of those reported almost 95% efficacy and Pfizer has applied for a licence in the US and UK.

While the Oxford results may not immediately look so good, the scientists say they are not comparable, because they have included people who become mildly ill as well as seriously ill, unlike the other two. Their vaccine has some big advantages, because it is fridge-stable so easily transported and used anywhere in the world. It is also substantially cheaper, at about £3 a dose instead of more than £20 for the others.

The UK has pre-ordered 100m doses of the Oxford vaccine, which is central to its pandemic vaccination plans. Production has already begun and 4m doses have been supplied so far, which cannot be used until the vaccine is licensed.

Importantly, Oxford/AstraZeneca have already shown that the vaccine works as well in older people as in younger groups and is safe. There are early indications it might also help stop transmission of the disease.

“The announcement today takes us another step closer to the time when we can use vaccines to bring an end to the devastation caused by [Covid-19],” said Prof Sarah Gilbert from the University of Oxford, who has led the research.

“We will continue to work to provide the detailed information to regulators. It has been a privilege to be part of this multinational effort, which will reap benefits for the whole world.”

The scientists said they could not fully explain why a lower first dose appeared to give better protection. “We think that by giving a smaller first dose that we’re priming the immune system differently – we’re setting it up better to respond,” said Prof Andrew Pollard, director of the Oxford Vaccine Group and chief investigator of the trial.

“And what we don’t know at this moment is whether that difference is in the quality, or the quantity of immune response. And that’s something we’re going to be digging into over the next weeks.”

Gilbert added: “It could be that by giving a small amount of the vaccine to start with and following up with a big amount, that’s a better way of kicking the immune system into action and giving us the strongest immune response and the most effective immune response.”

Those given the half dose and then full dose four weeks later were in a smaller group of 3,000 people, of whom 90% were protected against Covid. In the larger group, given two full doses, four weeks apart, efficacy was 62%. In the US, trials have given only two full doses and the other regime will now need to be tested.

The interim analysis is based on 131 infections among participants, half of whom received the vaccine while the rest, in a control group, were given an established meningitis shot. AstraZeneca is still collecting data but said it would immediately submit its evidence for emergency approval of the vaccine around the world.

“These findings show that we have an effective vaccine that will save many lives,” said Pollard. “Excitingly, we’ve found that one of our dosing regimens may be around 90% effective and if this dosing regime is used, more people could be vaccinated with planned vaccine supply.

“Today’s announcement is only possible thanks to the many volunteers in our trial, and the hard-working and talented team of researchers based around the world.”

Speaking to the BBC Radio 4 Today programme earlier, he said: “There is just a hint in the data at the moment that those who got that regime with higher protection, there is a suggestion that it was also able to reduce asymptomatic infection. If that is right, we might be able to halt the virus in its tracks and stop transmitting between people.”

AstraZeneca’s chief executive, Pascal Soriot, said: “This vaccine’s efficacy and safety confirm that it will be highly effective against Covid-19 and will have an immediate impact on this public health emergency.

“Furthermore, the vaccine’s simple supply chain and our no-profit pledge and commitment to broad, equitable and timely access means it will be affordable and globally available, supplying hundreds of millions of doses on approval.”

The UK’s order of 100m doses of the Oxford vaccine is enough to vaccinate most of the population – with rollout expected in the coming weeks if the jab is approved.

The country also has orders for 40m doses of the Pfizer and BioNTech vaccine, which is likely to be approved first. It has ordered 5m of Moderna’s vaccine, which will arrive next spring.

Australia has ordered 33.8m doses of the Oxford vaccine.

“This is really encouraging news on the Oxford AstraZeneca vaccine, that obviously we’ve been backing since the start,” he told Sky News. “And I’m really very pleased, really welcome these figures, this data, that show that the vaccine in the right dosage can be up to 90% effective.

“Of course, it’s vital that the independent regulator, the MHRA, will need to look at the data, will need to check to make sure that it’s effective and safe of course. But we’ve got 100m doses on order and should all that go well, the bulk of the rollout will be in the new year.”

He added: “And of course this vaccine, this homegrown vaccine, is easier to administer as well than the Pfizer vaccine, because it doesn’t need to be stored at -70. So having two vaccines that appear to have effectiveness, done right, in the 90% range is really, really good news.”

Boris Johnson tweeted: “Incredibly exciting news the Oxford vaccine has proved so effective in trials. There are still further safety checks ahead, but these are fantastic results. Well done to our brilliant scientists at UniofOxford & AstraZeneca, and all who volunteered in the trials.”