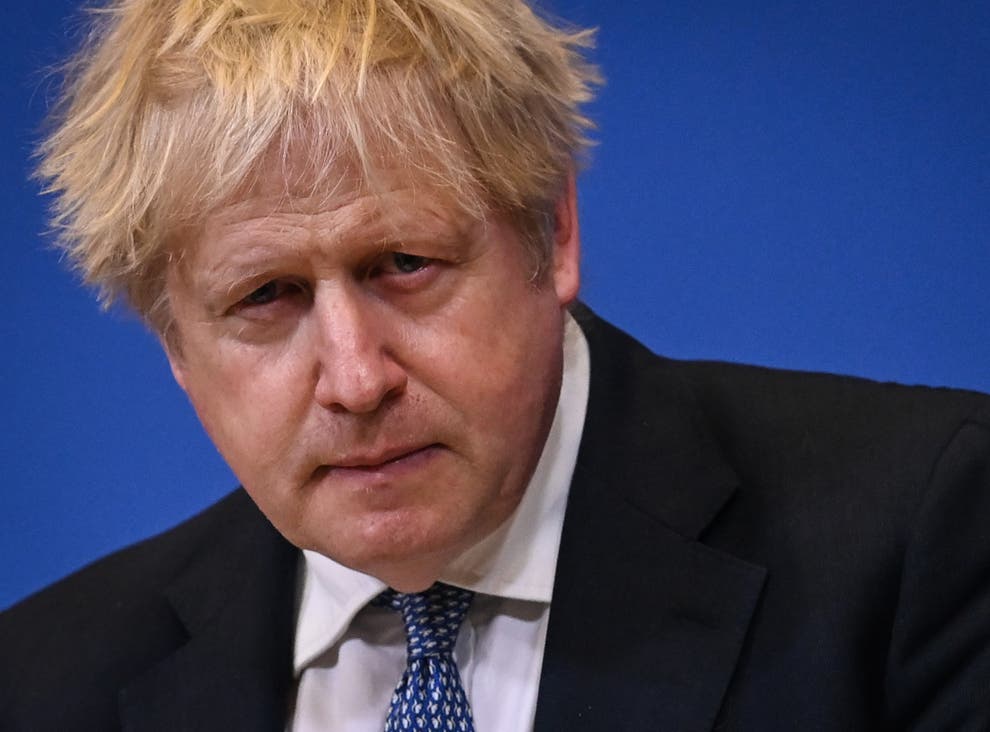 Boris Johnson will join last-ditch diplomatic efforts to bring Russian President Vladimir Putin “back from the brink” of war in Ukraine as the crisis enters a “critical juncture”.

Downing Street conceded Moscow could be planning to invade “at any moment” but the Prime Minister will hold talks with world leaders before a trip to Europe during this week’s “window of opportunity” for de-escalation.

The UK and other Nato allies have urged their citizens to flee Ukraine and some airlines have cancelled flights to Kyiv amid growing concerns that the estimated 130,000 Russian troops amassed on the border could be poised to attack.

Mr Johnson, who is receiving daily intelligence briefings from security chiefs, was understood to be working with allies to provide further defensive and economic support to Kyiv, with an announcement touted for the coming days.

A Downing Street spokeswoman said: “The crisis on Ukraine’s border has reached a critical juncture. All the information we have suggests Russia could be planning an invasion of Ukraine at any moment. This would have disastrous consequences for both Ukraine and Russia.

“There is still a window of opportunity for de-escalation and diplomacy, and the Prime Minister will continue to work tirelessly alongside our allies to get Russia to step back from the brink.”

It comes as Ukraine’s ambassador to the UK said the country could consider dropping its ambition to join Nato to avoid war.

Vadym Prystaiko told BBC Radio 5 that the country, which he said was being threatened and blackmailed, would consider “serious concessions” including removing the goal of joining the Nato alliance from the Ukrainian constitution.

US officials have discussed receiving intelligence that Russia is considering Wednesday as a target date to strike, but just how definitive that material is remains unclear.

No 10 did not set out which world leaders the Prime Minister was hoping to talk to or where he plans to travel before the week is over, but it was understood he is keen to engage with Nordic and Baltic countries.

Foreign Secretary Liz Truss is also expected to visit the continent during the diplomatic push, while Defence Secretary Ben Wallace will head to Brussels for a meeting of Nato defence ministers this week to discuss their response to the crisis.

Mr Wallace received some criticism from Ukraine over the weekend after he said in an interview with the Sunday Times that there is a “whiff of Munich in the air”, in a reference to the agreement that allowed German annexation of the Sudetenland in 1938 but failed to prevent the Second World War.

Ukraine’s Ambassador to the UK Vadym Prystaiko warned that the panic being caused by the West sounding the alarm could be playing into Mr Putin’s hands as he rebuked the Defence Secretary.

“It’s not the best time for us to offend our partners in the world, reminding them of this act which actually not bought peace but the opposite, it bought war,” the diplomat told BBC Radio 4’s Broadcasting House programme.

A source close to Mr Wallace explained that his frustrations centred on if Mr Putin strikes “come what may, then all the diplomacy would have been a straw man”, rather than being aimed at any European allies.

The crucial phase in trying to cool Russian aggression comes at a difficult time for Mr Johnson domestically, with critics saying he is distracted by the police investigation centred on Downing Street.

The Prime Minister this week must answer a legal questionnaire sent to him by officers investigating allegations of lockdown-breaching parties, which could ultimately see him being fined if he is found to have broken the law.

That outcome would inevitably lead to even more widespread calls for his resignation, and Tories pressuring for a vote of no confidence which could unseat Mr Johnson as Prime Minister.

On Sunday, US President Joe Biden held talks with Ukrainian President Volodymyr Zelensky, vowing that the US and allies would “respond swiftly and decisively” in the event of any further Russian incursion.

But Mr Zelensky has sought to play down the threat over the weekend, saying: “The best friend of our enemies is panic in our country. And all this information is just provoking panic and can’t help us.”

Moscow denies it is planning an invasion and Russian Foreign Ministry spokeswoman Maria Zakharova accused the White House of stoking “hysteria” but US intelligence suggests the Kremlin could fabricate a “false flag” pretext to attack.

Western leaders have threatened Moscow with a damaging package of sanctions in the event of a further incursion into Ukrainian soil.

Ukraine is not a Nato member and allies in the defence alliance have said they would not join fighting in Ukraine but have bolstered forces in neighbouring nations and are threatening widespread sanctions.

‘I wanted my art to resonate’: The Zimbabwean sculptor responding to Covid with creativity