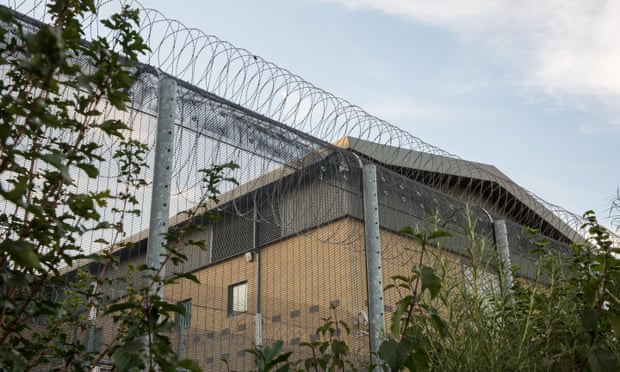 The Jamaican government has called on the Home Office to halt a controversial deportation flight to the island nation scheduled to leave on Wednesday due to concerns over “importing” the Delta variant of Covid, the Guardian has learned.

A flight is scheduled to take off from Birmingham airport at 1am with about 25 Jamaican nationals expected to be onboard. Many of those due to be removed have convictions for drug offences, some relatively minor ones and some more major.

It is understood many of those due to board the flight have not been deemed dangerous in assessments by Home Office officials. Many have British children and some have partners who are key workers such as nurses for the NHS.

The flight has been beset with problems including claims by lawyers that one man, Sanjay McLean, 41, has a right to British citizenship under Windrush rules as his father, Alpheus Thompson, arrived in the UK from Jamaica in December 1958 and became a British citizen. McLean received a conviction for actual bodily harm in 2014.

There have been at least two Covid cases confirmed among Jamaicans due to board the flight at Colnbrook immigration removal centre near Heathrow where the majority due to fly are being held. Some of the others asked to isolate following close contact with those who have tested positive.

Several people deported to Jamaica last December were found to have Covid.

The Jamaican high commissioner is among a number of senior government officials to have sent an urgent letter to the Home Office just hours before the Jamaicans are due to be collected from detention centres to be taken to the airport, calling for the flight to be halted due to concerns about the Covid cases and spread of the Delta variant of the virus.

The Independent Monitoring Board (IMB) has raised concerns over Covid infection control on the flights. The IMB pointed out that being tested for Covid prior to boarding a charter flight is not mandatory although temperatures are taken and masks are offered to all of those being removed.

Lou Lockhart-Mummery, the chair of the IMB’s charter flight monitoring team, told the Guardian: “We have raised concerns with the Home Office about poor operation of social distancing measures during the pre-flight procedures: the collection, muster and search processes.”

Escorts who work for the Home Office contractors Mitie have raised concerns about having to remove detainees, some of whom have refused Covid tests and have refused to wear masks. They have also expressed concern about a lack of compensation if they are forced to isolate due to Covid cases on flights. Covid cases have been confirmed on several recent summer deportation flights including a flight to Zimbabwe last month.

Both the Home Office and Mitie say robust measures are in place to protect both escorts and detainees from Covid.

A spokesperson for Mitie said: “The safety and wellbeing of our employees and detained individuals is always the priority and we have robust measures to ensure a safe environment for all. This includes detailed risk assessments and procedures which have been developed in line with the latest government guidance, as well as the use of PPE such as face masks.”

The Jamaicans due to fly say that there is an atmosphere of “panic and distress” at Colnbrook detention centre.

One man facing removal, Damion, 43, following a conviction for possession of a rock of crack and £2,000 in 2011, said he was devastated at the prospect of leaving behind his wife, Linda Rose, a senior NHS nurse and their family. A petition calling for his removal to be halted has attracted more than 44,000 signatures.

“My heart is beating so fast at the thought of leaving them,” he told the Guardian.

Linda Rose said: “Damion has committed a crime but he has not been allowed to rehabilitate. We are not bad people, just a regular family, one of whom made a life-changing and terrible mistake. As a British citizen I often hear our politicians saying they made a mistake and learned lessons. Why isn’t this sentiment applied to others because of the colour of their skin. As a nurse I’m naturally compassionate towards others and would never turn anyone away as a professional because of their beliefs or actions. But as a country I sometimes wonder where our heart is.”

Karen Doyle of Movement for Justice, who has been campaigning against the flight, said: “These flights sweep up everyone. Mentally and physically unwell people, elderly, victims of trafficking and childhood abuse, care leavers and loving parents. They can’t be said to be about protecting the public when many have been out of prison for years with zero reoffending.”

A Home Office spokesperson said: “We only ever return those with no legal right to remain in the UK, including foreign national offenders. Those being deported will have been provided with the opportunity to raise claims prior to their deportation, and no one on the flight will be a British citizen, British national or a member of the Windrush generation. We regularly operate charter flights to different countries and in 2020 only 1% were to Jamaica.”

The Jamaica high commission has been approached for comment.

The Covid vaccines mean we can start living again – in Britain, at least

PNGO Press Release on the Latest Development in The Gaza Strip