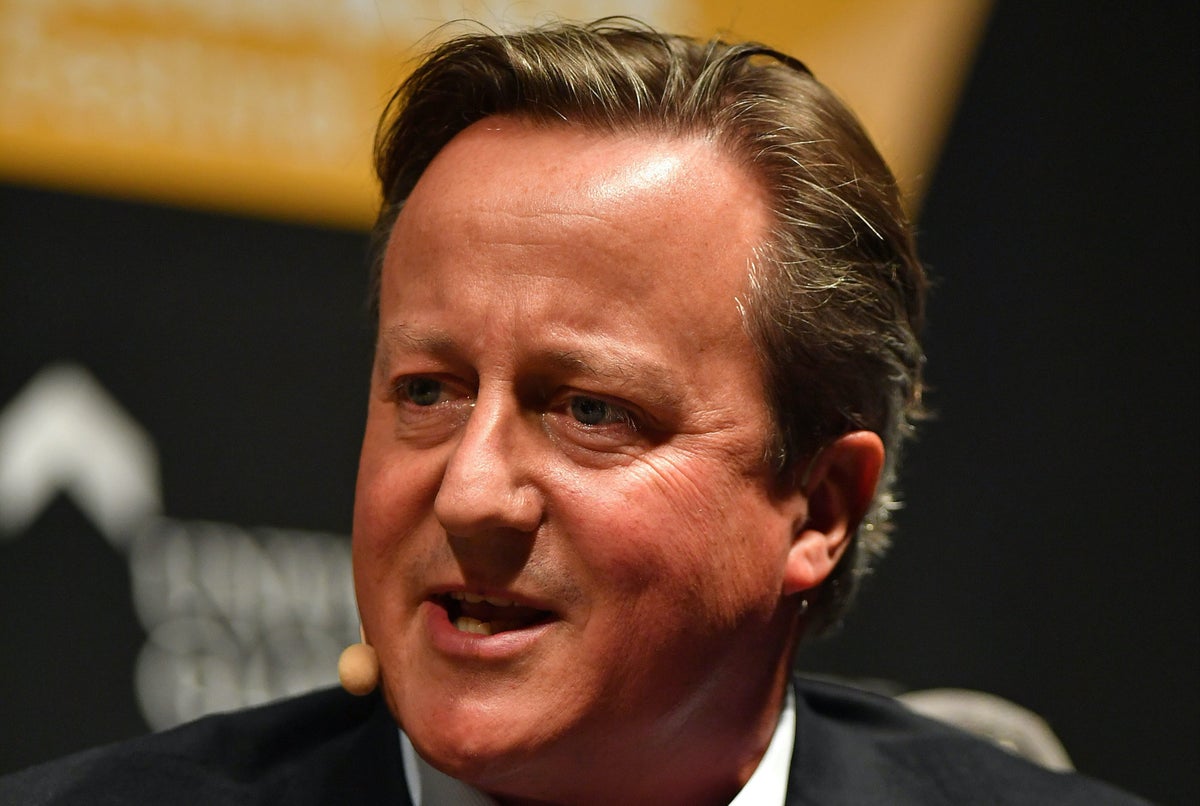 David Cameron has admitted to friends that it was a mistake to use private text messages to lobby Rishi Sunak for Treasury support for his employer Greensill Capital.

The former prime minister is at the centre of a growing storm over “multiple” approaches to the chancellor pleading for access to a Covid support scheme for Greensill, which has since gone into administration.

Labour has called for an investigation after it emerged that Mr Sunak responded with a text saying he had “pushed” officials to explore what could be done to help.

Mr Cameron has maintained a public silence on the affair, but an unnamed friend told the Financial Times that the ex-PM does not believe he broke any rules, but accepts that it would have been better to make the company’s case in a formal letter rather than by text messages to the chancellor’s phone.

Friends claimed that Mr Cameron saw the firm’s founder Lex Greensill no more than two times during his period as PM, despite the finance specialists having a desk in the Cabinet Office and having a 10 Downing Street business card describing him as “senior adviser, Prime Minister’s Office”.

And they dismissed reports that Mr Cameron stood to make £60m from share options in Greensill as “massively exaggerated”, while refusing to identify the actual sum he hoped to receive. The options are now worthless as a result of the company’s insolvency.

Cameron’s friend said that it was right for Mr Cameron to lobby the government on behalf of a company involved in financing a large number of UK companies.

But the friend added: “I think he would agree it could be argued that a formal letter would have been more appropriate.”

One colleague of the former PM said he had admitted to friends that his reputation has been damaged, saying that “with the massive benefit of hindsight”, he recognised it might have been better not to lobby by multiple texts, adding: “He didn’t break the rules, but perhaps it would have been better to have formally put things in a letter.”

Labour say that Mr Cameron’s ability to contact the chancellor direct gave Greensill an unfair advantage not available to other companies.

But Mr Cameron has been cleared by a watchdog which he created as PM of breaching lobbying rules, on the grounds that he was an employee of the firm at the time.

The friends told the FT that the ex-PM was a “PAYE employee”, exempting him from rules on third-party lobbying, but not a board member.

Despite appointing Greensill to advise on a new supply chain finance scheme to improve government payments to suppliers, one friend said that Cameron “thinks he met him once in the entirety of his time as prime minister”, in 2012.

The friend said that Cameron could not exclude the possibility he met Mr Greensill on a second occasion, at a Federation of Small Businesses conference in 2014, when the then prime minister pointed to him in the audience, saying: “Lex, where are you? Give us a wave. Lex is sorting out the whole supply chain issue for us.”

Treasury sources have vigorously rejected suggestions that Mr Sunak put pressure on Treasury officials to amend the terms of the Covid Corporate Financing Facility (CCFF) to allow Greensill to benefit.

They point out that the chancellor sent only two text messages to the former PM, who sent him “multiple” texts, many of which went unanswered.

In the first text, sent on 3 April 2020 just weeks after he was appointed chancellor and days after the imposition of the first Covid lockdown, Mr Sunak said: “Hi David, thanks for your message. I am stuck back to back on calls but will try you later this evening and if gets too late, first thing tomorrow. Best, Rishi.”

But in the second, sent on 23 April, Mr Sunak went into more detail about Mr Cameron’s efforts to persuade the Treasury to amend the terms of its support scheme so Greensill could be included.

“Hi David, apologies for the delay. I think the proposals in the end did require a change to the Market Notice but I have pushed the team to explore an alternative with the Bank that might work. No guarantees, but the Bank are currently looking at it and Charles should be in touch. Best, Rishi”

The text referred to discussions with the Bank of England involving the Treasury’s second most senior civil servant Charles Roxburgh, in relation to the notice setting out the terms of the CCFF scheme. Greensill’s requests for inclusion were eventually turned down.

Cameron’s friends said he believed there were no reasons to foresee problems when he joined Greensill in 2018, two years after resigning as prime minister.

They said he thought it was “new and refreshing” to join a rising fintech company rather than an established bank, and was reassured that growth equity firm General Atlantic had conducted “all the due diligence” on Greensill when it invested $250m in the firm shortly before he took on the post.