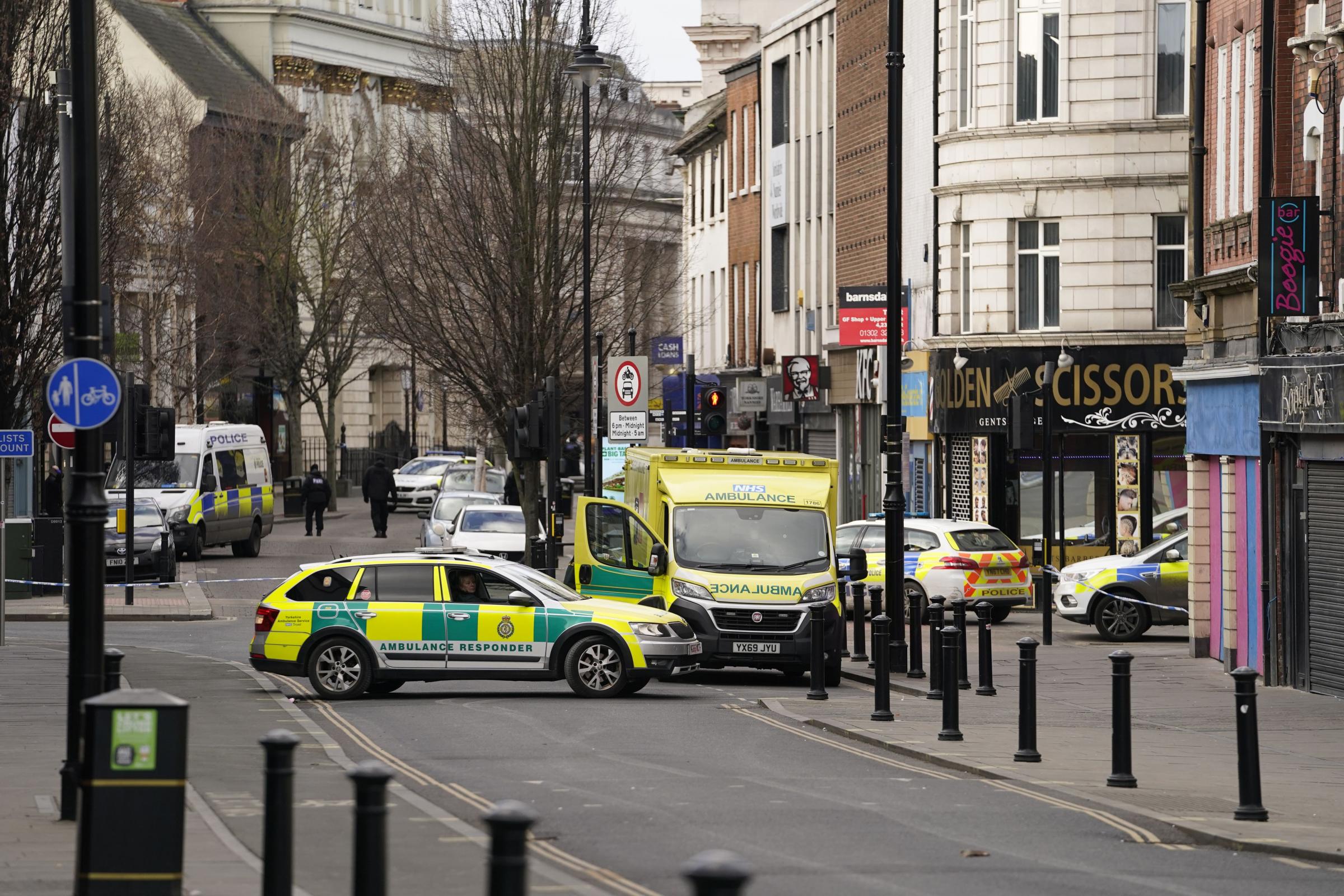 Detectives investigating the fatal stabbings of a young man and a teenager in a town centre have said it was an “isolated incident with no risk to the wider community”.

Ryan Theobald, 20, and Janis Kozlovskis, 17, were stabbed during an altercation between a number of young men in Doncaster town centre just after 2.30am on Saturday, South Yorkshire Police have said.

A spokesman said that, despite the efforts of passing members of the public, police and paramedics, Mr Theobald was pronounced dead at the scene.

Janis was taken to hospital but died later.

Post-mortem examinations established that both died from stab wounds, the spokesman said.

He added that the victims have been formally identified and their families are being supported by specially trained officers.

A 17-year-old boy arrested on suspicion of murder on Saturday has been released on bail while investigations continue.

An 18-year-old man who suffered minor injuries in the incident was discharged from hospital and arrested for a serious public order offence related to the incident. He has now been released without charge.

Detective Chief Inspector Mark Oughton, who is leading the investigation, said: “I know that incidents like this can have a devastating impact on the wider community and I want to reassure you we are doing everything we can to bring those responsible to justice.

“The community who live, visit and work in the town centre will continue to see an increased police presence in the area as the murder investigation continues at pace.

“I would like to reassure people that we believe this to be an isolated incident with no risk to the wider community.”

Mr Oughton said: “I continue to urge anyone who has any information that could help the investigation to contact us.

“We are really keen to speak with anyone who may have witnessed or have footage of the altercation, which started in Silver Street and continued into High Street, ending outside the KFC.

“Initial CCTV inquiries show that there were a number of bystanders who saw the incident and we urge them to come forward and help us.

“If you are uncomfortable speaking to the police directly you can call Crimestoppers completely anonymously.”

Protecting the rights of minorities in Iraq

The Great March of Return