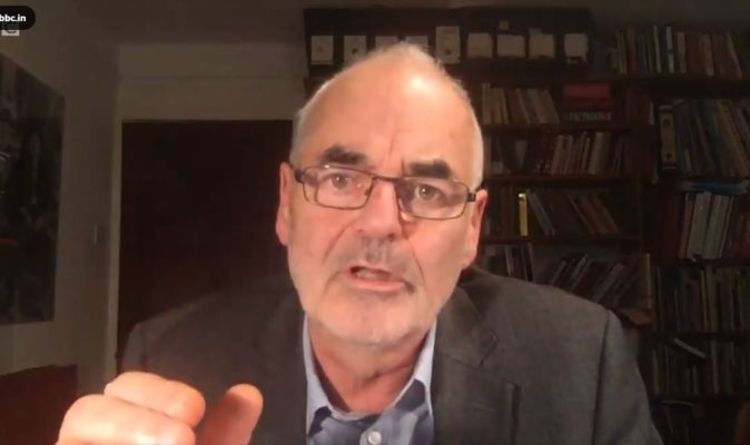 It comes as Prime Minister Boris Johnson attempts to tackle an outbreak of a new strain of Covid-19 that scientists say appears to be spreading more quickly than the previous strain. Several towns and cities in the country have been placed under the new highest Tier 4 restrictions in an effort to slow its spread.

On Sunday last week, the UK recorded its highest ever daily rise in Covid-19 infections as 35,928 people tested positive for the virus.

At the time of writing, there were 215 daily deaths recorded within 28 days of a positive test on Monday, bringing the total number of fatalities reported in this way to 67,616.

In addition, the number of deaths with Covid-19 on the death certificate rose to 76,287.

According to Professor David Spiegelhalter, both numbers are higher than the total number of civilians killed in the UK during the Second World War.

Speaking to BBC Newsnight on Monday, the Cambridge University professor said: “I was quite surprised to see that more people have been killed by Covid in the last nine months in the UK than civilians were killed in the UK during the Second World War.

He pointed to William Beveridge, a social policy expert who oversaw Britain’s economic and social recovery from the war.

The statistician said Beveridge set out to make Britain “a fairer and more equitable society” via the creation of a welfare state.

He suggested the same process could be applied today and highlighted the disproportionate impact of the Covid-19 pandemic on certain groups.

The mathematics expert said: “As we’ve heard, in this pandemic, the suffering has not been uniform; ethnic communities and deprived communities have not just experienced more illness and death, but [also] in terms of the economic and educational harms.

“Again, speaking completely personally, I hope that – just as following World War II – we might see some of the spirit of Beveridge and maybe ‘levelling up’ might be more than just a slogan.”

However, analysts say the emergence of a new Covid-19 strain is set to delay the UK’s post-pandemic economic recovery efforts.

It comes as Chancellor Rishi Sunak is coming under pressure to provide even more support to UK businesses and workers amid a fresh wave of restrictions to limit the spread of Covid-19 and the new strain.

Speaking of the new restrictions, which are set to extend through Christmas and New Year celebrations, shadow chancellor Anneliese Dodds said the announcement had “plunged many businesses into chaos”.

She added: “Yet in these difficult times the chancellor is nowhere to be seen”.

Ms Dodds claimed Mr Sunak could use £2 billion in unused aid that had originally been granted to supermarkets but was eventually returned to the Treasury.