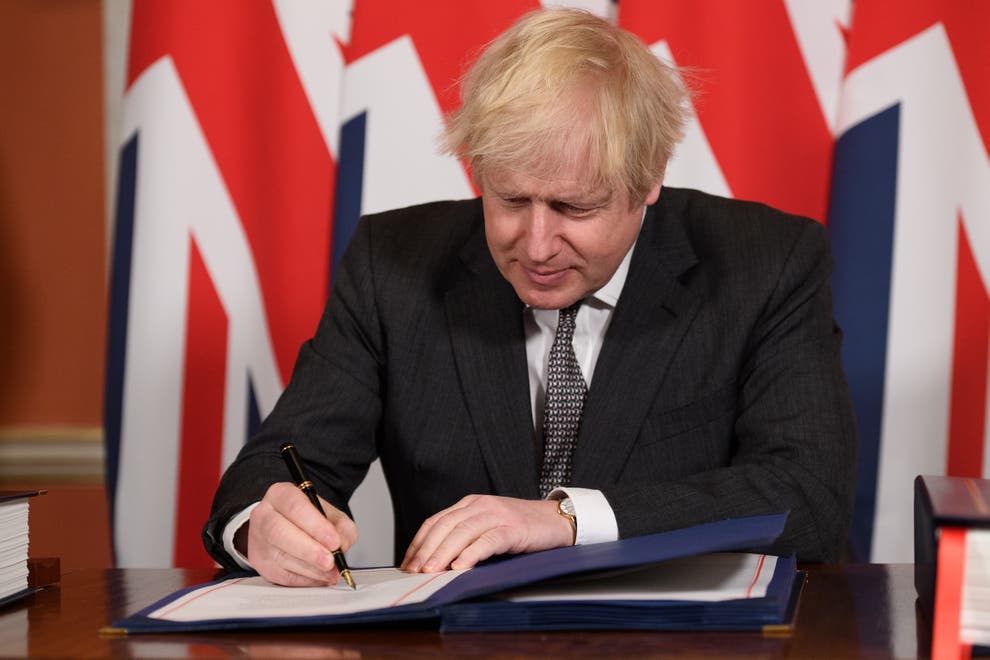 It’s official: European Parliament has ratified the EU-UK trade deal. Boris Johnson on Wednesday claimed that this was “the final step” in the long journey of the Brexit process.

Unfortunately this is far from the truth: there is likely to be some kind of negotiation going on between the UK and the EU for some time to come.

This isn’t something that could happen in the future: there are talks going on now. Currently the EU and UK are locked in technical discussions over the deal for Northern Ireland (the so-called ‘protocol’) and how it should be implemented.

Though this was agreed in black and white as part of the withdrawal agreement, the UK wants to be more “pragmatic” about how it interprets the accord, amid discontent from the unionist community in Northern Ireland over the plan.

The EU says the UK should implement what is written in the deal, but is open to working out a mutually agreeable solution.

Britain is unilaterally trying to bend the deal to be more like the one it wants: it has unilaterally extended grace periods that will keep the worst effects of Brexit from hitting Northern Irish supermarkets and their suppliers for a while longer.

The EU has taken several approaches at once in response to this: firstly, it has engaged in technical talks with the UK side and says it wants to work out a solution together with the UK. The fact that the UK acted without EU approval is as much an affront to rules-based Brussels as what the UK is doing.

But it has also begun a so-called “infringement procedure” against the UK for what it says amounts to a breach of international law.

This has got as far as “letter for formal notice” sent in March. If the technical talks can’t work out a solution to the Northern Ireland issue in the meantime, it might proceed further.

The European Commission says it could ask the UK to pay a “lump sum or penalty payment” under the terms of the agreement for breaching the protocol – effectively a fine.

It’s possible – indeed, anyone who has been watching might say likely – that the UK could rest this demand and simply refuse to pay. In this case the next step would be for the EU to take the UK to arbitration. This happens under a complicated process agreed in the deal involving a joint arbitration panel.

The panel would also have the authority to levy a fine – but crucially, if the UK refused to pay then, Brussels would be in turn allowed to break aspects of the deal, either suspending obligations under the withdrawal agreement, or “by imposing tariffs on imports of goods from the UK”.

Ultimately, neither side wants the trade deal suspended, and this would be a long way off… but until both sides work out a solution, it is a possible endpoint.