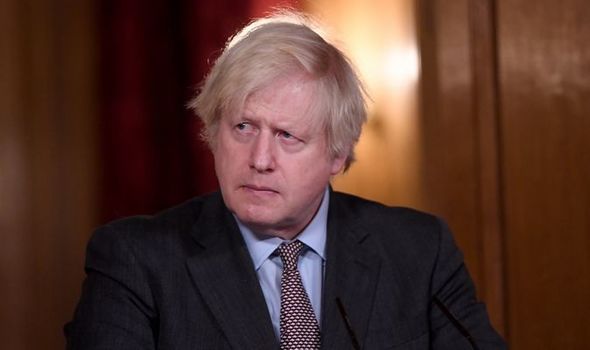 Arlene Foster has said the key Brexit policy needs to be replaced with something else. It comes after the EU briefly triggered Article 16 of the protocol last week to place controls on the export of coronavirus vaccines, provoking an outcry from the UK.

Writing in the Daily Telegraph, Ms Foster said there is “growing anger” within Northern Ireland at the current Brexit arrangements.

She added: “The Northern Ireland Protocol has not worked, cannot work, and in light of our proposals to the Government, needs to be replaced.

“The delicate political balance and relationships in Northern Ireland have been damaged and disturbed by the Protocol.”

It follows a conversation between Ms Foster and Mr Johnson yesterday morning.

The pair spoke of “shared concern that the processes set out in the Protocol were ignored,” according to No 10.

Meanwhile, Ian Paisley Jr, MP for North Antrim and DUP party member, told BBC Newsnight yesterday that “the first 34 days of this year have been absolute and total chaos for the citizens of Northern Ireland”.

He pointed to difficulties in shipping across MoD equipment, plants, second-hand furniture, and more.

The Northern Ireland Protocol proved to be a key sticking point of the Brexit negotiations between the EU and the UK last year.

It aims to prevent checks on goods moving between Ireland and Northern Ireland and avoid a hard border between the two.

Article 16 is a part of the Northern Ireland Protocol that allows either side to temporarily override the Protocol if something is causing “economic, societal or environmental difficulties”.

Speaking to reporters, Cabinet Office Minister Michael Gove said: “I think the European Union recognises that they made a mistake in triggering Article 16 which would’ve meant the re-imposition of a border on the island of Ireland.”

Libya: Tens of thousands of children at risk amidst violence and chaos of unrelenting conflict