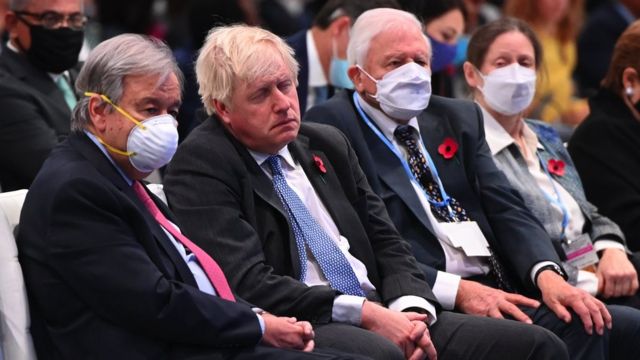 Downing Street today insisted that Boris Johnson complies with all rules on mask-wearing after a report that he was spotted in the theatre with his face uncovered.

An audience member at Tuesday night’s performance of Macbeth at the Almeida Theatre in north London told The Guardian that the prime minister did not wear a mask during the show.

The theatre asks all visitors to wear masks except when eating or drinking, as part of efforts to prevent the spread of Covid-19 in crowded places, and it is understood that theatre-goers are reminded of this request by email before attending.

If confirmed, this would be the third time in recent days when the prime minister has been spotted massless in areas where people are asked them to wear them.

Mr Johnson apologised to a parliamentary committee last week for failing to wear a face-covering during part of his visit to Hexham General Hospital in Northumberland, despite having three reminders to do so.

He insisted that the lapse lasted only around 30 seconds, adding: “I apologise for it, but most pictures of my visit to the hospital will show that I was duly masked throughout the remainder of the visit, and I was masked on the way into the visit.”

The day after his apology, he was pictured on a crowded train in Greater Manchester with his face uncovered.

He had earlier faced criticism after being filmed without a face covering sitting next to 95-year-old – and masked – Sir David Attenborough at the COP26 climate summit.

Asked about the theatre visit, a Downing Street source said only: “The prime minister follows all Covid rules.”

But two witnessed told The Guardian that the PM had been unmasked during the performance of Macbeth, with one saying that he had slipped his mask back on as the lights went up.

A message on the theatre’s website reads: “We ask all our visitors to continue to wear a face covering while in the theatre, unless exempt or when eating or drinking.

“You may be reminded of this on entry to the building, however this will not be enforced.”

There was no immediate response to a request for comment from the theatre.

Protecting the rights of minorities in Iraq

Nearly 1,000 migrants returned to Libya in the first two weeks of 2020