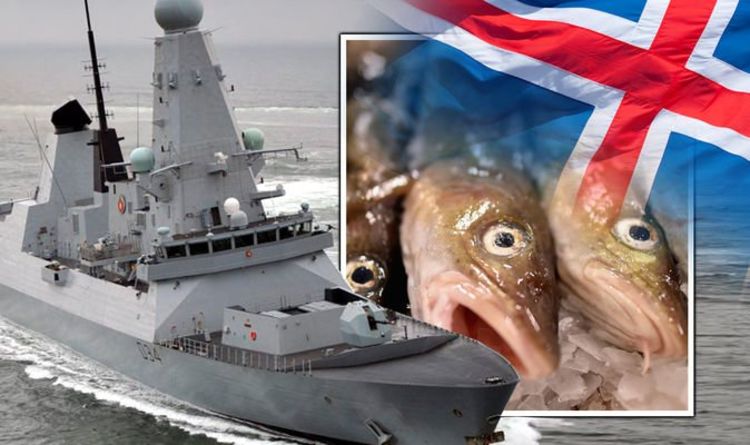 British authorities are set to send four Royal Navy vessels across Britain‘s territorial waters should negotiators from the UK and EU fail to agree a trade deal this weekend. The vessels are armed with cannons and machine guns, and will patrol the English Channel and Irish Sea, in a bid to stop illegal fishing if no deal is made between the parties. Discussions over a new trade pact have been long, and appear set to end with no deal being struck after both Prime Minister Boris Johnson, and his EU counterpart Ursula von der Leyen, both admitted this was the likeliest outcome.

Among the main sticking points for negotiators is the right to fishing in UK waters, with the British determined to “take back control” of its seas.

This is in stark contrast to other major nations, such as France and the Netherlands, which are demanding the UK allow EU ships to continue fishing in its waters.

The move to enlist the Royal Navy to patrol its waters, however, invokes memories of when the Cod Wars raged between the UK and Iceland, and ended with thousands of British fishermen losing their jobs.

The so-called Cod Wars were a series of confrontations that ran between 1958 and 1976, and centred around fishing rights.

Its origins started when the fishing boom, sparked by technological advancements in the 19th and early 20th centuries, began affecting fish stocks and Iceland decided to take action to stop foreign fishing in waters close to its shore.

Iceland started by declaring a four-mile zone around its shores, but the UK hit back with a ban on the import of Icelandic-caught fish.

In 1958, after years of failed diplomacy, Iceland expanded its zone to 12 miles and banned foreign fleets from fishing in these waters at all.

The UK insisted this flouted international law and did not accept the limits, instead sending Royal Navy frigates to accompany vessels into the exclusion zone.

The British sent its frigates HMS Eastbourne, HMS Russell, and HMS Palliser, alongside ocean minesweeper HMS Hound, all sailing from different UK ports, with their movements blacked out in order to “avoid any appearance of gunboat diplomacy while there was still a chance the dispute could be settled”.

It was reported that these boats would be faced off against the Icelandic Navy, much smaller in comparison to their British counterparts – should trouble arise.

The patrol of eight coastguard vessels were described by sources close to Iceland’s military as being ready to “fire into the bridge of any trawler inside the 12-mile limit… which fails to stop after a shot across the bows”.

During the following 10 days, warships from the UK were dispersed across Iceland’s coastline, which stretched for around one thousand miles.

Reports at the time showed around 90 British vessels went into the Icelandic waters, but were warned of the vicious consequences should they breach any rules set by Iceland.

The authorities explained that fishermen should spend “at least the first three days fishing in protected areas”, and after that they could, if they wanted, fish outside the 12-mile limit.

But they warned that “any trawler skipper caught operating inside the limit and outside the protected area will be liable to severe punishment”.

According to The Guardian, Skipper Jim Crockwell, from the trawler Northern Foam, detailed how his vessel had been bordered by Iceland’s Thor frigate.

He explained: “We were fishing in the protected area known as Spearmint II and we were in dense fog.

“Visibility was nil. I could see there were two ships approaching on the radar screen, and I supposed that they were other ships fishing in the area. They were going about the same speed as we were, but in the opposite direction.

“Suddenly Thor appeared out of the fog on our port side and Maria-Julia came up on our starboard side. Thor positioned herself on our port bow.”

Mr Crockwell said that an officer from the boarding party that alighted his vessel demanded he go on board Thor, but he was adamant that he “wasn’t going anywhere”, adding: “Another officer came on to the bridge and said to me, ‘Skipper, have you got secret paper?’

The Cod War would eventually be resolved by 1976, after NATO-led sessions between Iceland and the UK reached an agreement on how to move forward.

The resolution saw the UK allowed to keep 24 trawlers within the 200-mile zone, on the condition that their catch was limited to only 50,000 tonnes.

But ultimately, it was Iceland which achieved its aims, leading to an already struggling British fishing industry to be struck hard.

Ports such as Grimsby, Hull and Fleetwood were excluded from their prime fishing locations, which led to thousands of fishermen losing their jobs, as well as those in associated trades.

In 2001, however, some received financial gain for the damage the Cod War cost, with around 1,300 trawlermen sharing a Government payout of £190million.

Call on UK Parliament For action against Gaza massacre