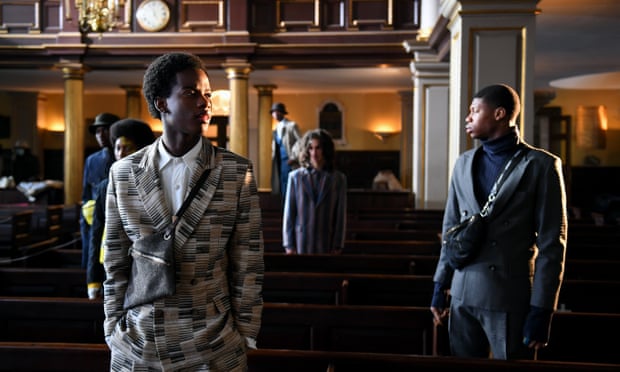 The puffer jacket is everywhere – but so, too, are dreams of summer holidays. There is awe for science and scientists – and gratitude for home comforts. The first fully locked down London fashion week, which began on Friday, reveals a fashion industry transformed by the pandemic from being a world of escapism into one that tentatively sketches out what our new normal might look like.

Ninety-five designers including Alice Temperley, Simone Rocha, Molly Goddard and Erdem will show their collections digitally, as fashion faces its first season with digital catwalks only. Last September’s fashion week coincided with a period of looser restrictions, and hosted catwalk shows and in-person appointments. With this event coinciding with Monday’s much-anticipated reveal of a roadmap out of lockdown, designers are hoping their new collections will resonate with consumers eager to look ahead to future freedoms.

“I’ve got a feeling that when we come out of this we’re all going to go a bit bananas,” said Temperley, whose Glastonbury-inspired latest collection is called Rock Swagger. “We’ve been selling mostly daywear recently, obviously – knitwear, outerwear, denim, and blouses for Zoom. Our new collection is a mix of clothes we need now and clothes we will want when we get to go out and star in our own rock’n’roll movie.”

“It has been nice to imagine that life will hopefully be a bit more normal by the time these clothes are in store,” said designer Roksanda Ilinčić on a Zoom call from her London studio. To bring some glamour to a fashion week without shows, she has enlisted three generations of well-known women to star in a video of her collection filmed on an iPhone at their home during lockdown. Their identities are under wraps until Monday’s online premiere.

“The last year has put a completely different perspective on fashion for me,” she said. “I felt this season had to be about family and home and how precious the small things in life are.” She has softened her tailoring, with dressing-gown style soft belts on oversized jackets. “It’s a dressed up version of what we wear at home, but still cosy. We might want to look a bit smarter but we will still want to be comfortable.”

The fashion world has been brought down to earth. “I think we’ve come to understand how to live better at home,” says Emilia Wickstead, whose clothes are a favourite of the Duchess of Cambridge. “To cook a lovely meal rather than getting home late from work and being in a rush all the time. I think we will entertain the idea of dressing up at home more than we did before.”

For Justin Thornton and Thea Bregazzi of Preen, this season “came out of our lockdown experience. Easy, comfortable knits and coats you can wrap up in.” A log fire burned in the Zoom background of ex-Vogue fashion editor, Lucinda Chambers, co-designer with Molly Molloy of Colville, as she enthused about colour-blocked patchwork puffer coats upcycled from secondhand windbreakers and tracksuits.

“I don’t think anyone’s looking for a new black handbag right now,” Chambers said. “Clothes should be life enhancing for everyone involved.” Colville’s colourful handbags, made by a female cooperative in the Guajira peninsula of Columbia, “have brought income to those women during a year when they’ve had no tourist income. This is about them as well as about us.”

The limitations and distractions of lockdown life are reflected everywhere. Milliner Stephen Jones, who has spent his career commuting between London and Paris, honours his love of France in a collection which includes a velvet hat in the shape of a croissant. Designer Edeline Lee has leant into lockdown’s podcast trend and will use her slot on the schedule to stream an audio-only podcast on the theme of clothes and memory, instead of photographs of her latest collection.

Bora Aksu took advantage of an empty Tate Britain to film his collection, which he said made him “appreciate how incredibly lucky we are to have these amazing museums”. Hunting for positive tales from isolation, he found the story of Sophie Germain, renowned physicist and mathematician.

Growing up in revolutionary Paris, Germain was locked indoors for safety where she turned to her father’s library, discovering “a passion for maths and physics which would never have been lit if she had been attending the girls’ schools of that time,” said Aksu. His collection includes a gold silk taffeta ballgown which symbolises the prizes Germain won for her work.

Aksu is not the only designer to honour a learned scientific muse this season. Gabriela Hearst, who will shortly make her debut as creative director of Chloe in Paris, also looked beyond the usual silver screen icons, naming the medieval natural scientist Hildegard of Bingen as inspiration for the latest collection for her eponymous New York label.

Jane Shepherdson, the ex-Topshop chief who now helms the MyWardrobe rental platform, chaired a London fashion week panel discussion with Belstaff to mark the extension of luxury rental and resale models into menswear. Shepherdson described her “rental epiphany” on realising: “It was pretty much the only thing that still allowed me to enjoy fashion without feeling guilty.”

Sustainability, no longer a fringe topic, is fundamentally changing industry infrastructure. Temperley recently moved headquarters from London to a large Victorian building in the centre of Ilminster, Somerset. A boutique sells Temperley’s clothes, a bar serves cider from her parents’ farm nearby, and onsite manufacturing and warehousing are in development.

The double-whammy of Covid and Brexit forced Temperley to “think outside the box” in relocating from the capital and producing more clothes in Britain. Leather and tulle are produced in Somerset factories, while outerwear is made in Dorset. “It has been so nice to breathe life into a building that had stood empty for 15 years in the middle of a market town. We are employing local people and working with local businesses. Covid forced this to happen – and to be honest it probably saved us.”

London fashion week has faced criticism from MPs over a new sponsor brought onboard to underwrite its financial support of fashion businesses struggling in the current economic conditions. Clearpay is a market leader in the buy-now-pay-later credit system which has become popular with online shoppers during the pandemic.

Clearpay partners with established retailers including Marks & Spencer and Asos, but the Financial Conduct Authority has warned that credit checks should become mandatory in order to protect consumers from debt crisis. The Labour MP Stella Creasy wrote a letter, signed by 60 MPs, asking that promotion of Clearpay during London fashion week be accompanied by financial warnings. 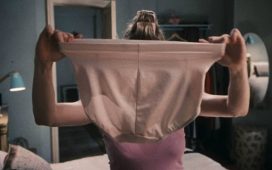 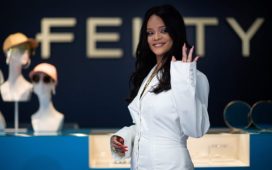 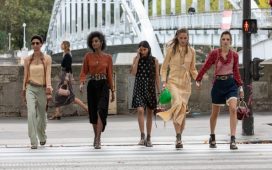 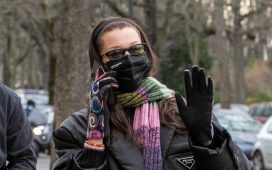 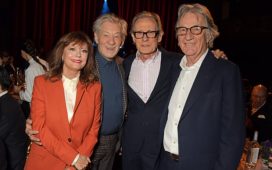 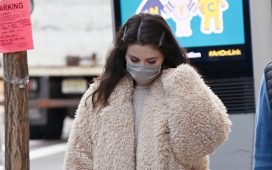 Selena Gomez’s Cozy-Chic Coat Is Under $200