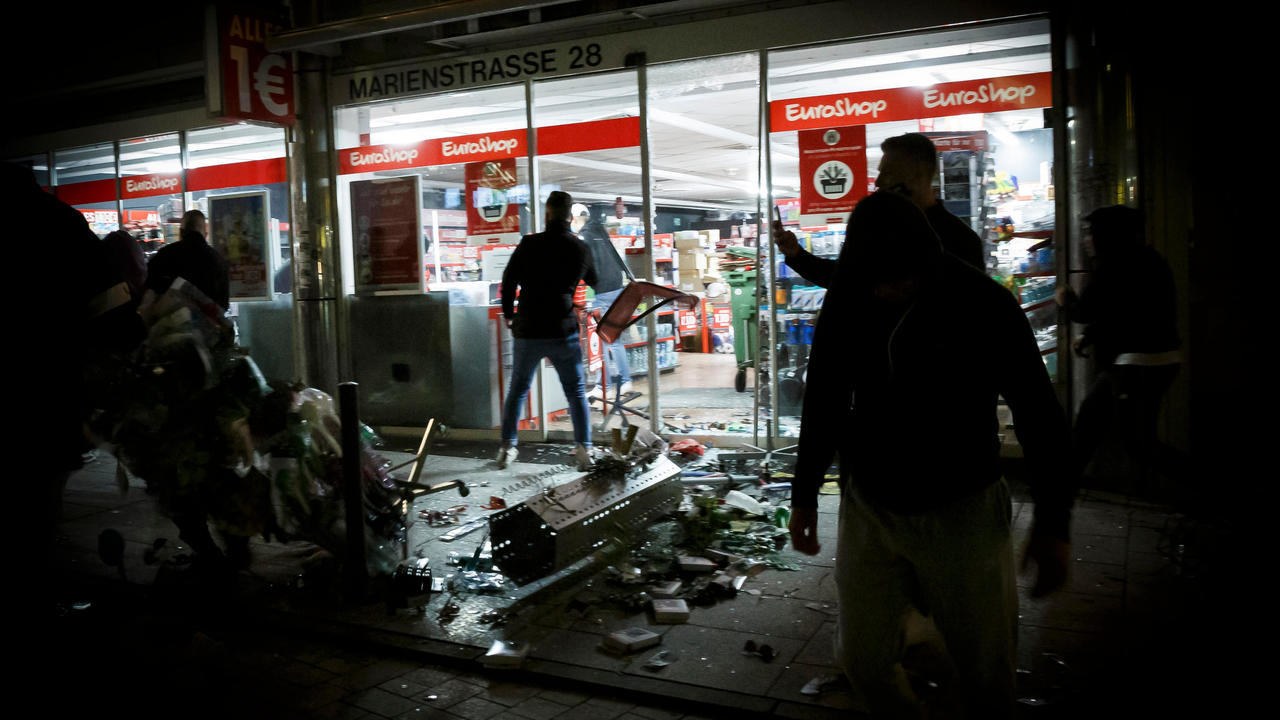 German authorities expressed shock Sunday over a rampage of an "unprecedented scale" overnight in the city centre of Stuttgart, where hundreds of party-goers ran riot, attacking police and plundering stores after smashing shop windows.

Two dozen people, half of them German nationals, were arrested provisionally, as police reported 19 colleagues hurt.

"They were unbelievable scenes that have left me speechless. In my 46 years of police service, I have never experienced this," said Stuttgart police chief Frank Lutz.

Crowds who were milling around at the city's biggest square, the Schlossplatz, immediately rallied around the young man and began flinging stones and bottles at police.

The groups of mostly men also used sticks or poles to smash windows of police vehicles parked in the area.

"I sharply condemn this brutal outbreak of violence, these acts against people and things are criminal action that must be forcefully prosecuted and condemned," Baden-Wuerttemberg state premier Winfried Kretschmann said in a statement.

At the height of the clashes, some 400 to 500 people joined in the battle against police officers and rescue workers.

As officers pushed back against the crowd, they broke up into small groups, carrying on their rampage around the city centre, smashing shop windows and looting stores along nearby Koenigstrasse, a major shopping street.

A jewellery store was completely emptied and a mobile phone shop wrecked, according to regional broadcaster SWR.

In all, nine shops were looted while 14 others suffered damage such as broken windows.

As smaller scale clashes had already broken out downtown last week between police and groups of young people, officers had already bulked up their deployment overnight with an extra 100-strong team.

But the scale of the violence overwhelmed the officers, forcing them to call in reinforcements from other parts of the state.

The ‘coup’ against Pope Francis

Catalonian ex-leader was en route to Belgium from Finland