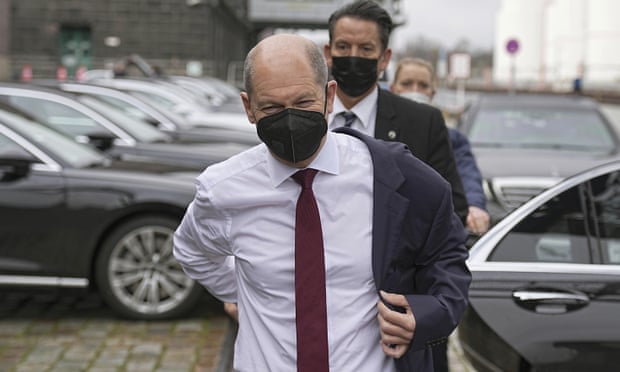 Germany’s Social Democrat, Green and liberal parties have agreed a deal to form a new government headed by Olaf Scholz, the finance minister, who will succeed Angela Merkel, local media has reported.

The three parties, known as the “traffic light coalition” owing to their colours – red, green and yellow – will present their agreement on Wednesday afternoon in Berlin. It was hammered out during two months of intense negotiations after the Social Democrats (SPD) won a slim margin in the 26 September national election.

German media, citing party sources, have reported that Scholz, of the Social Democrats, will be the new chancellor, Annalena Baerbock of the Greens will become foreign minister and her partner as co-leader of the party, Robert Habeck, will receive a new “super minister” role combining the economics ministry with environmental protection goals.

Christian Lindner, leader of the pro-business Free Democrats (FDP), will become the new finance minister. Hubertus Heil of the SPD is reported to be the only minister from the old government – a grand coalition between the SPD and Merkel’s conservative CDU/CSU – who will retain his post, as labour minister.

It will be the first three-way alliance on a national level in German history and the first to put tackling the climate emergency, which will be a priority in each of the ministries, at the top of its agenda.

The parties are reported to have agreed to commit to phasing out coal by 2030, in principle to outlaw combustion engines, and to end gas power generation by 2040. But its most immediate challenge will be to control Germany’s worst wave of Covid-19 since the pandemic began, especially increasing the number of vaccinations.

It will be one of Germany’s youngest governments, in terms of its members’ ages.

There is much speculation as to how the three parties will operate owing to their considerable differences. The Greens have pushed for a huge investment programme to fight climate change, as well as to spruce up Germany’s out-of-date infrastructure. During the election campaign, they pledged to raise taxes and loosen debt rules to free up money to cover increased spending.

But the FDP, which is known for its fiscal caution, has ruled out tax increases and loosening the debt brake. With Lindner of the FDP having secured the finance ministry, it is suspected their preferences will shape the new government’s monetary policy more than those of the Greens.

The negotiations involved 22 working groups and 300 negotiators. Unusually, next to no information was leaked, even though some participants, most recently Baerbock, admitted there had been some exasperating moments.

The new government is expected to be sworn in during the week of 6 December. Before that, the coalition agreement has to be approved at the SPD and FDP party conferences, while the Greens will put it to a members’ vote, a 10-day process expected to start on Thursday.

‘We are not facing a second wave,’ Spanish FM says as Covid-19 infections rise