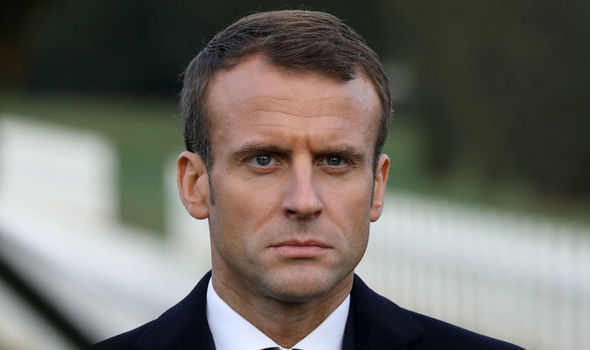 Britain has received widespread acclaim for the rollout of its coronavirus vaccination programme and the speed at which it is administering jabs to its 67 million citizens. The UK has so far administered a single dose to half of the UK adult population, with Prime Minister Boris Johnson aiming for every citizen to receive their first jab over the next few months in time for the busy summer period. But in contrast, the European Union has come under attack for its sluggish rollout of jabs and has been embroiled in fierce rows with vaccine makers.

Just over 54 million doses have been administered in Europe, according to figures from the European Center for Disease Prevention and Control (ECDC).

On Monday, just ten percent of adults had received their first vaccine dose across the EU, compared to the UK’s figure exceeding 53 percent.

France is among a number of countries resuming the use of the AstraZeneca jab after fears about its safety but has decided to only give it to those aged 55 and over – and has also now said it is bracing for a third wave of coronavirus.

Mr Macron’s political rivals have lashed out at the French President over the country’s embarrassingly slow vaccine rollout.

Marine Le Pen, who will go head-to-head with Mr Macron during the presidential elections next year, wrote on Twitter: “This Saturday, the United Kingdom administered 850,000 doses of the vaccine. France 56,000.

“And this government continues to give lessons to the whole world with intact arrogance?

“We will still be confined when life resumes its course in other more efficient countries.”

French MEP Jerome Riviere also attacked Mr Macron, tweeting: “Instead of coming up with a slogan, the Government should be working on vaccinations.

“Collective immunity in France is after summer 2022.

“Incompetent, they have failed from start to finish.”

The latest backlash comes with Mr Macron insisting France will offer vaccine jabs to anyone over 70 from this weekend as he desperately attempts to inject more urgency into the country’s flailing vaccination campaign.

The head of France’s hospital federation warned hospitals could face an “unprecedented shock” within three weeks as infections surge once again, urging stricter restrictions on social interaction if the spread did not slow soon.

During the weekend, new restrictions closing non-essential stores and limited how far people can move came into effect in Paris and much of the north, but Mr Macron has so far stopped short of enforcing another national lockdown.

He said while visiting a vaccination centre in the north: “We’re going to accelerate the vaccine roll-out from Saturday.”

From this Saturday, people over the age of 70 will be eligible to receive a vaccine dose.

Mr Macron’s government had previously refused to open up vaccine slots for the age-group until mid-April.

Vaccinations are currently only available for those aged over 75 and anyone with a significant and pre-existing medical condition.

The French President also said he hoped there would be targeted campaigns for certain professions, such as teachers, over the next couple of months.

Europe swelters under a heatwave complicated by Covid-19 restrictions

Spain extends lockdown till May 9, but will let children out on short walks