Madsen was found guilty on all three charges he faced: premeditated murder, the indecent handling of a corpse and "sexual relations other than intercourse of a particularly dangerous nature," evidenced by stab wounds inside and outside Wall's genital area.During the sentencing at a court in Copenhagen Wednesday, the judge, Anette Burkoe, described the crime as "a cynical and planned sexual murder of a severe brutal nature against a random woman." Madsen has appealed the verdict to Denmark's High Court.Wall, a promising 30-year-old journalist, was last seen boarding Madsen's self-built submarine in Copenhagen on August 10 last year when she had planned to interview him for an upcoming article.Instead she disappeared and her torso washed up on an island near Copenhagen on August 21. Her head and legs were found weeks later.Madsen consistently denied charges of murder and sexual assault, claiming Wall died by accident from carbon dioxide poisoning, although he admitted to dismembering her body and tossing it into the sea in a state of panic. Explaining the verdict, Burkoe said that Madsen dismembered Wall's body in order to hide his crime and that he had not provided a reasonable explanation for the injuries found on her body or for his decision to bring a saw, screwdrivers and other items onto the UC3 Nautilus submarine.Asked on Monday if he wanted to make a last statement before the jury went into deliberation, Madsen said, "If anything, I am sorry about what happened." 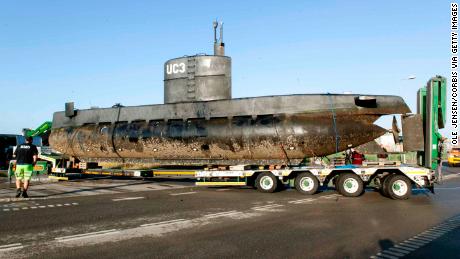 At Madsen's request, the verdict was reached by a judge and two-person jury instead of the typical six-person jury of a city court. All three were in agreement on the verdict, according to Burkoe. The prosecution had asked for Madsen to be sentenced to life in prison or placed in "forvaring" — a type of preventive custody with no time limit for prisoners believed to pose a significant danger to others.Both are considered the harshest penalties in Danish law. Life sentences are rarely given in Denmark unless a person is found guilty of multiple murders.The question of forvaring or a life sentence arose based on Madsen's mental examination, which concluded that he remains dangerous, has psychopathic traits, appears unfeeling and untrustworthy, suffers from lack of empathy and is highly sexually deviant.

The brutality of this case has kept a global spotlight on the peaceful archipelago of Denmark since Wall's disappearance last year. 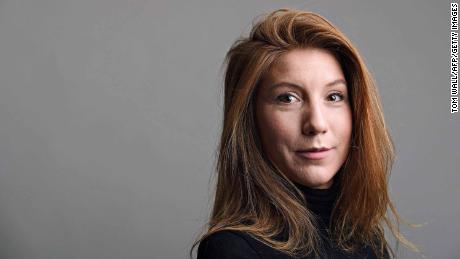 For most Danes, the prospect of Madsen walking free had become inconceivable. While many of them initially knew and supported Madsen as a mad, visionary and harmless inventor, that tide has turned. In the court of public opinion the verdict was in long before the trial began. But many details of Wall's final night remain unclear and are likely to stay so unless Madsen chooses to share anything further.Madsen's explanation that the journalist died accidentally from CO2 asphyxiation on board his submarine was corroborated as plausible by one expert witness, and dismissed by another, making it difficult to prove either way. It has also been impossible to determine Wall's cause of death, and while medical examiners say it is possible she died by strangulation, or by having her throat cut, results are inconclusive. 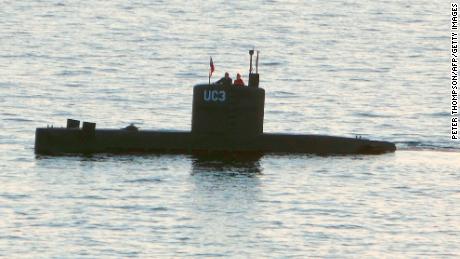 To prove his case, prosecutor Jakob Buch-Jepsen's strategy was to paint a picture of Madsen as a man motivated by dangerous sexual motives, who moved on the fringes of sadomasochistic societies and had an unusual interest in the killing and mutilation of women. He presented a selection of more than 100 videos, cartoons and written texts found among Madsen's possessions, depicting the murder, torture and impaling of women — in some cases real killings. The night before Wall's death, Madsen searched for and played on his phone a video of a girl having her throat slit.Buch-Jepsen also focused on Madsen's shifting explanations, witness accounts and technical and forensic evidence. According to the medical examiners there were no signs that Wall died of CO2 poisoning, several of her cuts were unrelated to the amputations of her body parts and some were inflicted prior to or shortly after she died — challenging Madsen's story that her body was intact until he dismembered her several hours after her death. The judge said Wednesday that she and the two jurors did not believe Madsen's claim that he changed his story multiple times in order to protect her family from the "truth."During the trial, defense attorney Betina Hald Engmark argued that the prosecution's case was based mainly on circumstantial evidence, none of which proved Madsen committed murder. She told the court on Monday that Madsen should receive no more than six months in prison — for the indecent handling of a corpse, for which he admitted guilt.

Wall graduated from Columbia University and the London School of Economics and was based in Beijing and New York. At the time of her death, the journalist's work had appeared in the New York Times, the Guardian and Time magazine, among other publications.Last month, on what would have been Wall's 31st birthday, the first Kim Wall Memorial Fund grant was given to a young Danish journalist. Created by Wall's family and friends, it aims to support female reporters who cover what Wall called "the undercurrents of rebellion." Three other honors have been set up in her name, including a scholarship at Columbia's Graduate School of Journalism and the Kim Wall Best Digital Reporting Award, sponsored by Google, which rewards the best stories on international affairs using creative and dynamic digital storytelling techniques.

Opinion: Brexit chaos could bring down May — and her government

A century after guns fell silent, leaders gather to remember those who lost their lives