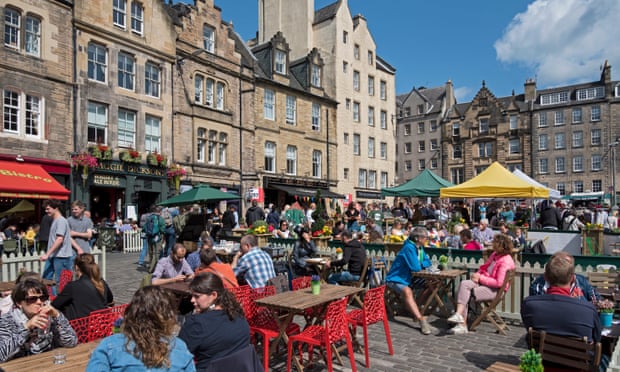 Growth in Britain’s dominant service sector has slowed to its weakest since March after businesses were hit last month by a triple whammy of bottlenecks, workers self-isolating and a less generous tax break for homebuyers.

The latest monthly health check on UK services firms – which account for just under 80% of the economy – found costs rising at their fastest pace in at least 25 years in July, and raised concerns that the best of the UK’s economic recovery from the winter lockdown restrictions might be over.

The report from IHS Markit and the Chartered Institute of Procurement & Supply said firms were struggling with supply chain delays and shortages of workers exacerbated by the “pingdemic”, the instructions to self-isolate that have been running at more than 500,000 a week.

IHS Markit/Cips said the reduction in the threshold at which stamp duty is paid on house purchases from £500,000 to £250,000 in England and Northern Ireland at the end of June was also a factor in slowing growth in activity to a four-month low.

The purchasing managers’ index for July came in at 59.6, down from 62.4 in June – well above the 50-point level that marks whether activity is rising or falling.

IHS Markit/Cips said the final PMI was stronger than the flash estimate of 57.8 for July – which was released before all information for the month was available and so did not fully reflect the impact of the lifting of restrictions on 19 July. Data for the flash estimate only included the period up to 21 July.

Tim Moore, an economics director at IHS Markit, which compiles the survey, said “July data illustrates that recovery speed across the UK economy has slowed in comparison to the second quarter of 2021. More businesses are experiencing growth constraints from supply shortages of labour and materials, while on the demand side we’ve already seen the peak phase of pent-up consumer spending.”

With some members of the Bank of England’s monetary policy committee starting to fret about inflation, the survey showed growing price pressures. The committee will raise its short-term inflation forecast when it meets on Thursday but a tougher policy stance – either by raising interest rates or halting the purchase of bonds through Threadneedle Street’s quantitative easing programme – is seen as unlikely by the City.

IHS Markit/Cips said difficulties in finding staff pushed up wages and contributed to the fastest increase in overall input costs since their survey was first published in July 1996. Prices charged by service sector companies also rose at the fastest on record.

The report said backlogs of work increased for a fifth successive month and many companies responding to the survey reported on staff shortages because of coronavirus isolation rules.

Similar problems were highlighted in the manufacturing PMI released earlier this week.

Duncan Brock, a group director at the Cips, said: “We suspect the best of the post-pandemic recovery could be behind us, especially if higher leisure and hospitality costs diminish appetite for consumer spending.”

Supply chain disruptions and labour shortages also affected the eurozone last month, where overall business activity expanded at its fastest pace in 15 years. The final composite eurozone PMI stood at 60.2 last month, slightly lower than the flash estimate of 60.6 but up on June’s 59.5, and the highest since the period leading up to the financial crisis of 2007-08.

The president clearly set himself up: Trumps stock market miscalculation

Tesla’s Elon Musk calls for breakup of Amazon in tweet