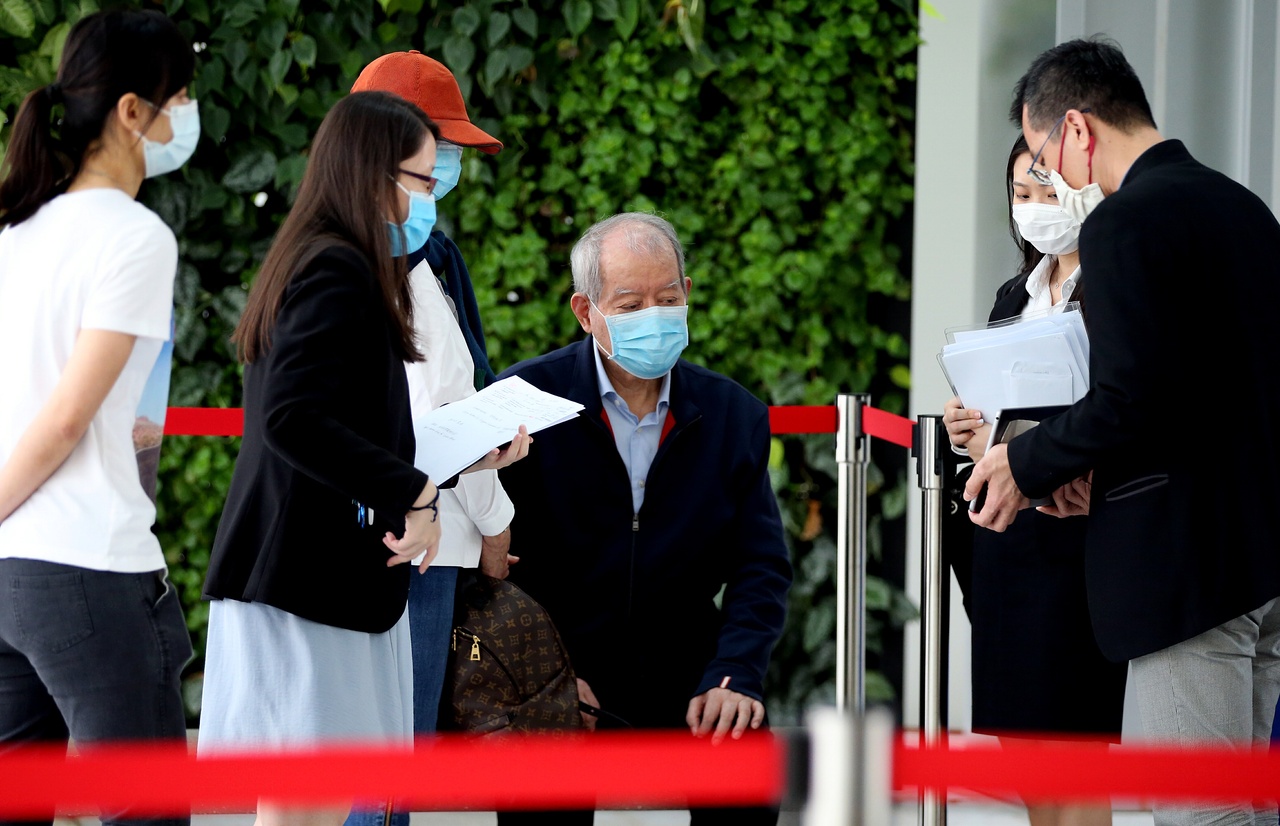 SINGAPORE – Embattled oil tycoon Lim Oon Kuin was hit on Friday (Sept 25) with a second charge of abetment of forgery for the purpose of cheating.

Better known as O.K. Lim, the 78-year-old founder of Hin Leong Trading was not allowed into the State Courts due to a respiratory problem. The second charge against him was read in Mandarin to him outside the court. His $3 million bail was also extended.

Lim was earlier charged last month with one count of abetment of forgery for the purpose of cheating. The offence carries a jail term of up to 10 years and a fine.

The next mention in court will take place on Nov 23 at 3pm.

Charge sheets filed in the State Courts on Friday alleged that Lim "instigated" Mr Freddy Tan Jie Ren, a contracts executive of Hin Leong, to forge a false electronic record. Lim was accused of instructing Mr Tan to write an e-mail with the subject header "CAO – Sale of gasoil 10PPM sulphur", which was purportedly sent from Hin Leong to China Aviation Oil (Singapore) Corporation on Feb 26 at 4.41pm. The e-mail message was allegedly intended to be used for the purpose of cheating.

The document was then allegedly used to secure more than US$56 million (S$77 million) in trade financing from a financial institution, the police said.

Yesterday's charge follows investigations into Hin Leong by the Commercial Affairs Department, the white-collar crime unit of the Singapore police. Investigations continue into other offences allegedly committed by Lim.

Three companies related to the Lim family have been brought under interim judicial management. They are Hin Leong and its shipping arm Ocean Tankers, and Xihe Holdings, which Read More – Source

Learning from past recessions as world battles virus crisis

Trump u-turns on Russia meddling: “I believe our intelligence agencies”