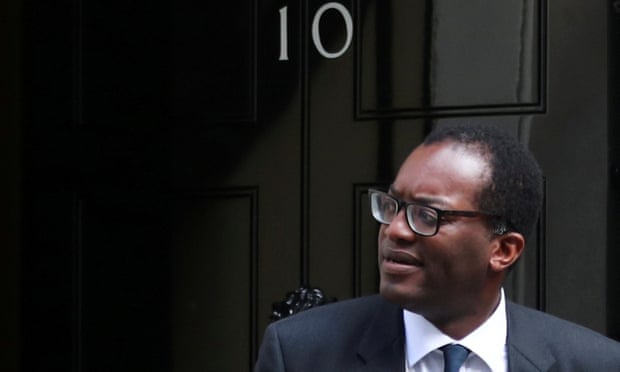 The government was scrambling on Saturday night to reassure Britons that rising gas prices would not plunge the country into an energy crisis, as ministers held a series of emergency meetings with energy companies and regulators to establish whether the nation could keep the lights and central heating on this winter.

A senior industry insider likened the meetings held between the business secretary, Kwasi Kwarteng, and energy industry leaders to the early crisis talks held following the outbreak of Covid-19.

Gas prices surged by more than 70% in August alone, and the shock has sent energy companies and heavy industrial firms out of business. Households could see energy bills jump by as much as £400 in a year, according to some estimates. A lack of carbon dioxide, a byproduct of heavy industry, means food shortages will become more acute because meat producers use it to slaughter animals humanely.

After eight hours of one-on-one discussions, Kwarteng announced further talks on Sunday with regulator Ofgem, and on Monday will meet industry leaders again to thrash out ways to keep the industry afloat and prevent millions falling into fuel poverty. Surging prices of natural gas have pushed seven energy suppliers out of business this year and the BBC reported on Saturday night that four more may go next week.

“The UK benefits from having a diverse range of gas supply sources, with sufficient capacity to more than meet demand. The UK’s gas system continues to operate reliably and we do not expect supply emergencies this winter.”

He said protecting customers and energy security were both “an absolute priority”, and Ofgem would ensure that customers of firms that went bust would continue to receive gas and electricity.

“We are confident supply can be maintained,” he added. “Our largest single source of gas is from domestic production, and the vast majority of imports come from reliable suppliers such as Norway. We are not dependent on Russian oil and gas.”

Ministers from across government would be drawn in to “manage the wider implications of the global gas price increase”, he said.

A senior industry insider said the business secretary aimed to hold up to 20 one-on-one meetings with energy industry leaders this weekend as an “intelligence-gathering exercise” to “bottom out how bad things might be”.

The government is understood to be open to considering short-term measures to help companies and households weather the looming winter energy crisis, but could also consider a longer-term shake-up to accelerate the UK’s shift away from fossil fuels and address the “fragility in the energy retail market”.

“There’s nothing about this situation that wouldn’t be better if we were less reliant on gas,” the source said.

Gas prices have surged globally following a long winter in which gas stores across Europe and Asia were heavily depleted. Storage levels remain well below average, and gas imports into Europe from Norway, Russia and the Middle East have slowed.

In the UK, the gas price increase has led to record electricity market prices too, because the UK relies on gas-fired power plants to generate almost half its electricity. Low wind speeds have reduced the UK’s renewable energy generation, and a string of problems at UK power plants and a major cable connecting the UK to France have forced market prices higher. The rocketing price of gas has also caused a Europe-wide slowdown for some chemical factories that produce fertiliser, a byproduct of which is carbon dioxide, used in fizzy drinks and beer, as well as in the meat industry to stun animals before slaughter.

Fertiliser plants in Teesside and Cheshire have already shut. Ranjit Singh Boparan, the owner of Bernard Matthews and 2 Sisters Food Group, said the supply of turkeys at Christmas could not be guaranteed. “The CO2 issue is a massive body blow and puts us at breaking point, it really does – that’s poultry, beef, pork, as well as the wider food industry.”

Dermot Nolan, a former chief executive of Ofgem, said the increases were the result of depleted stocks following a cold winter last year, reduced supply from Russia and increased demand for liquefied natural gas from the far east.

He told the BBC Radio 4 Today programme: “It is not obvious to me what can be done in the very short run. Britain does have secure, relatively diverse sources of gas, so I think the lights will stay on.

“But I am afraid it is likely in my view that high gas and high electricity prices will be sustained for the next three to four months.” Ofgem has already increased the price cap from an average of £1,138 per year to £1,277 from next month for someone on a standard variable tariff. The next official review is in April, when it may rise above £1,500, according to The Energy Shop price comparison website.

Ed Miliband, Labour’s shadow business secretary, said the price increases were part of a cost-of-living crisis that underlined the need to cancel the government’s planned £20 a week cut to universal credit.

“It is a fundamental failure of long-term government planning over the last decade that we are so exposed and vulnerable as a country, and it is businesses and consumers that are paying the price,” he said.

“If we had been investing at sufficient scale in diverse, secure, zero carbon energy supplies and making energy efficiency a much bigger priority, we would not be in such a precarious position.”

Darren Jones, chair of the Commons business select committee, said: “We’ve known for some time that the UK is over reliant on imported gas. Customers on low incomes need targeted help this autumn/winter. And ministers need to get a move on building a more resilient and sustainable UK energy system.”

With about 80% of the UK’s 27.8 million households connected to gas mains supply, the UK relies heavily on natural gas.

Nearly half comes from North Sea fields, with much of the rest supplied via pipelines from Norway. But the North Sea output will halve by 2027, according to OGUK’s Will Webster.

“Letting production fall faster than we can reduce demand risks leaving us increasingly dependent on other countries, and at the mercy of global events over which we have no control,” he said.

Countries such as Germany rely much more on gas from Russia and the nearly-completed Nord Stream 2 pipeline under the Baltic Sea has been a source of concern for Nato countries worried that it will give Vladimir Putin political leverage.

Gazprom, Russia’s state owned energy company, was accused by 42 members of the European parliament from across the political spectrum of “deliberate market manipulation” last week, as they called for the European commission to investigate.

Ofgem said the record prices were “undoubtedly putting pressure on companies” and it had processes in place to help customers of companies that failed.

UK banks may need to put aside £5bn to cover losses

Where German parties stand on Europe