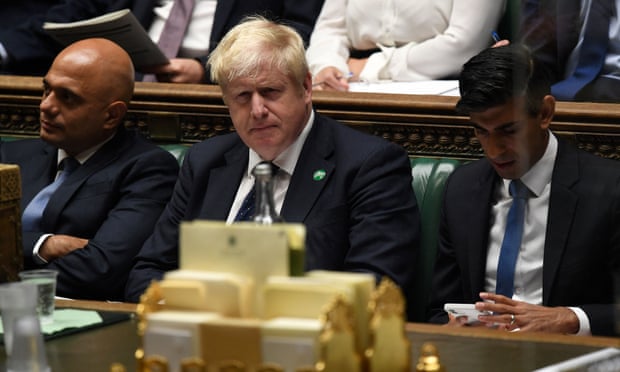 Business groups reacted with dismay to the government’s national insurance hike and surcharge on dividend income to boost health and social care spending from next April, calling it a tax on jobs and a blow to the economic recovery.

The British Chamber of Commerce (BCC) said the extra financial burden from higher tax charges ignored the damage suffered by thousands of small businesses over the last 18 months.

In a separate attack on the tax increases, the Institute of Directors accused the government of an opportunistic ambush, “exploiting public sentiment at the expense of some of the most productive and entrepreneurial segments of the economy”.

Boris Johnson said a 1.25 percentage point increase in employee and employer national insurance would contribute towards a £14bn annual increase in spending on health and social care, to bring down waiting lists and protect vulnerable people from using all their savings to pay social care bills.

Johnson said the scope of national insurance would be increased to include retirees who continue to work, although this move would not bring in enough money. An additional 1.25% dividend tax hike would mean the directors of small companies were also forced to support the reforms.

Large firms were caught in Rishi Sunak’s crosshairs in his budget last March when he announced the first corporation tax rise in 47 years.

Suren Thiru, head of economics at the BCC, said the increase in employers national insurance was a further blow to the business community and “would be a drag anchor on jobs growth at an absolutely crucial time”.

Employers and employees pay class 1 national insurance based on how much an employee is paid. The rate is 13.8% for employers, while employees pay 12% of their earnings up to £50,000 a year. Anything earned over this amount is taxed at 2%.

“Firms have been hammered by 18 months of Covid-related restrictions and have built up huge debt burdens. This rise will impact the wider economic recovery by landing significant costs on firms when they are already facing a raft of new cost pressures and dampen the entrepreneurial spirit needed to drive the recovery,” Thiru said.

Mike Cherry, head of the Federation of Small Businesses (FSB), said the tax increases would demoralise business owners and sole traders “at the point when they’re trying to recover from the most difficult 18 months of their professional lives”.

“This increase will stifle recruitment, investment and efforts to upskill and improve productivity in the years ahead. At the same time those running companies, many of whom were left out of pandemic support measures, face a fresh assault on dividend revenue,” he said.

Kitty Ussher, the chief economist at the Institute of Directors, was scathing about the impact on sole traders, many of which are forced to become small companies to secure contracts with larger firms.

“The surprise new tax on dividends will yet again target small company directors,” she said.

“Incorporated sole traders and other owner-managers, who relied on dividend income, were the only group of workers that were not supported by government during the pandemic.

“Employees and the self-employed were provided with financial support to tide them over, but this group was not.”

She said the higher taxes revealed “a total lack of understanding to the very real difficulties faced by owners of the smallest businesses in Britain”.