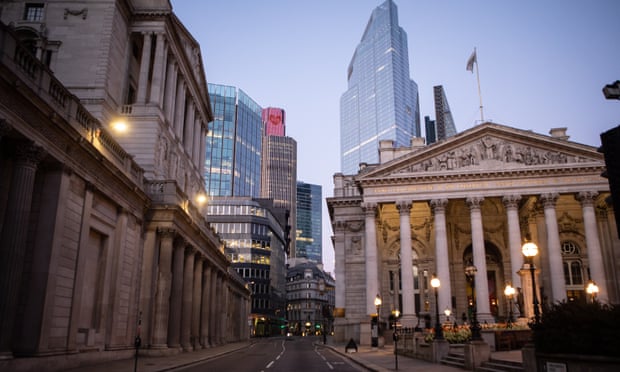 The prospect of early Bank of England action to counter rising inflation has moved closer after a second Threadneedle Street policymaker within 24 hours made the case for a tougher stance.

Michael Saunders, one of eight members of the Bank’s monetary policy committee, said on current trends it might become appropriate “fairly soon” to rein in some of the stimulus provided to support the economy.

The comments prompted immediate speculation that the MPC might be preparing to announce the early winding up of its quantitative easing programme when it meets next month.

Dave Ramsden, one of the Bank’s deputy governors, who said on Wednesday he could see inflation – currently 2.5% – rising to 4% for a period later this year. The conditions for tougher action could be met sooner than he had previously anticipated, Ramsden added.

The Bank has kept official interest rates at a record low of 0.1% since the start of the pandemic and would expand its quantitative easing programme to £895bn if it goes ahead with bond purchases planned for the rest of the year.

Other members of the MPC are more cautious about removing stimulus too quickly, but after stressing two months ago that rising inflation would be temporary, the Bank has been surprised by the economy’s growth as lockdown restrictions have been eased and the extent to which prices have picked up.

“Activity seems to have recovered a bit faster than the central forecast in the May monetary policy report,” Saunders said.

He added one course of action might be to call time early on the QE programme, which has the effect of increasing the supply of money.

Previously, this idea had only been backed by the Bank’s former chief economist Andy Haldane, who has left to take over the running of the Royal Society of Arts.

“In my view, if activity and inflation indicators remain in line with recent trends and downside risks to growth and inflation do not rise significantly (and these conditions are important), then it may become appropriate fairly soon to withdraw some of the current monetary stimulus in order to return inflation to the 2% target on a sustained basis,” Saunders said.

“In this case, options might include curtailing the current asset purchase programme – ending it in the next month or two and before the full £150bn has been purchased – and/or further monetary policy action next year.”

Saunders said the modest amount of tightening that he could envisage would still leave in place considerable stimulus and hence probably not derail economic recovery and “would be more akin to easing off the accelerator rather than applying the brakes”.

Saunders suggested some of the price pressures pushing up inflation could be longer lasting. “Price pressures in global manufactured goods reflect, at least in part, strong global demand for goods, including consumer goods, ICT, and plant and machinery investment,” the economist said.

“These price pressures may well have some persistent effects on UK CPI inflation, partly because of lags in the pass through to consumer prices but also because the underlying strength in demand and prices for manufactured goods may prove persistent.”

Saunders added that despite the improvement in the jobs outlook, there was probably still slack in the labour market.

Kallum Pickering, a senior economist at Berenberg bank, said: “Of course, Saunders’ view may not be widely shared among the other members of the policy committee. However, as central banks often use such speeches to fine-tune guidance and prepare markets for a policy change, the speech suggests that the Bank will at least discuss at their next meeting on August 5 whether to end net asset purchases early instead of in December.

“In our view, given recent upside surprises to inflation, building pressure in the labour market and the outlook for continued strong growth even after the economy reaches its pre-pandemic level of output, ending the stimulus early would be the correct course of action.” 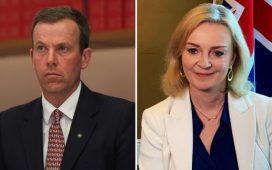