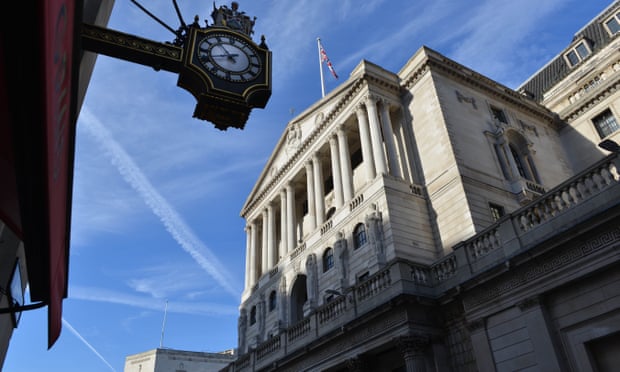 The Bank of England is poised to raise interest rates on Thursday amid growing concern over the pressure on households from high inflation in Britain’s cost of living crisis.

City economists widely expect the central bank to increase its key rate from 0.25% to 0.5% in response to inflation hitting levels not seen for almost 30 years, with financial markets suggesting a 90% chance of an increase in borrowing costs.

With pressure mounting on households from soaring energy bills and the rising cost of a weekly shop, several leading analysts expect that the Bank’s nine-member monetary policy committee (MPC) will vote unanimously for a rise in rates.

It comes after the official inflation rate reached 5.4% in December, the highest level since March 1992, driven by soaring gas and electricity prices and the higher cost of food, clothes and footwear. The Bank has warned that inflation could peak at close to 6% by April, three times the 2% target rate set by the government.

However, with the economy under pressure since the emergence of the Omicron variant of coronavirus, an increase in borrowing costs is likely to compound difficulties facing businesses in the hardest-hit sectors.

Martin Beck, the chief economic adviser to the EY Item Club, said the Bank’s rate setters would place concerns about high inflation above the impact of Covid-19 on businesses and consumers. It comes after the Bank unexpectedly raised rates in December despite fears over the initial spread of the Omicron wave.

“The MPC’s decision to raise bank rate in December regardless indicates that it placed less weight on the virus. And recent developments are likely to reinforce this stance. Covid-19 infections peaked at the start of the January and have been on a declining trend since,” Beck said.

Although visits to high streets and spending in pubs and restaurants fell sharply in the run-up to Christmas, economic activity has increased in recent weeks as consumers gradually return to socialising and working in town and city centres.

The government dropped all plan B restrictions in England last week, while analysts said the impact of the Omicron variant on the UK economy appeared to have been relatively modest.

Steffan Ball, the chief UK economist at Goldman Sachs, said the MPC would probably vote 9-0 to raise borrowing costs on Thursday, and could lift interest rates to as high as 1.25% by November this year.

“We now expect the Bank of England to hike in back-to-back meetings through May, in order to demonstrate to markets and businesses that the MPC is serious about the inflation target,” he said.

How ‘America First’ could turn into to ‘India First’