Thailand’s authorities must stop targeting pro-democracy protesters with draconian legal action and instead enter into dialogue, according to the UN’s special rapporteur for freedom of assembly, who warned the country risks sliding into violence.

Clément Voule said he had written to the Thai government to express alarm at the use of the fierce lese-majesty law against dozens of protesters, including students as young as 16.

“It is legitimate for people to start discussing where their country is going and what kind of future they want,” Voule said of the protests. “Stopping people from raising their legitimate concerns is not acceptable.”

So far, 37 people face charges of insulting the monarchy for alleged offences ranging from wearing traditional dress deemed to be a parody of the royals to giving speeches arguing that the power and wealth of the king should be curbed.

The lese-majesty law has not been used since 2018, apparently at the request of the monarch, but it has been revived after months of youth-led protests that have called for a more accountable royal family.

The law is notorious for its arbitrary use, sweeping defamation criteria and for the severe sentences that can be imposed on those found guilty. Anyone who “defames, insults or threatens the king, queen, heir-apparent or regent” can face between three and 15 years on each charge.

Police and prosecutors are often reluctant to reject complaints filed under the law, say rights experts, because it is so politicised they fear being accused of disloyalty. Earlier this month, a royalist group called on its supporters to begin reporting others, prompting fears of a witch-hunt.

Prominent protest leaders face an unusually high number of charges. This includes the student activists Parit Chiwarak (12 charges) and Panusaya Sithijirawattanakul (six charges) and the human rights lawyer Anon Nampa (eight charges), who have given speeches calling for the power of the royals to be curbed.

According to Thai Lawyers for Human Rights, the following protesters are among dozens facing charges under lese-majesty:

Protesters have received police summons over the lese-majesty cases but are not currently in detention. It is not clear if prosecutors will pursue charges. Police did not respond to requests for comment.

A government spokesperson said Thailand’s lese-majesty law was not aimed at curbing people’s rights to freedom of expression and that the law was similar to libel law. The government also supported the constructive exchange of viewpoints, the spokesperson said.

Protesters – who have faced various other charges over recent months, including sedition – declined to participate in a government reconciliation panel in November, rejecting it as an attempt to buy time.

The recent cases come after months of demonstrations in which protesters have made unusually frank and public calls for reform to the monarchy.

After ascending the throne in 2016, the king expanded his powers by bringing key army units under his direct command and taking control of the crown property bureau, which is worth tens of billions of dollars. Protesters have called for such changed to be reversed.

Parit, the prominent student protester, said the targeting of demonstrators with lese-majesty would only increase sympathy for their cause.

“They [authorities] argue that they are doing their duty to protect the monarchy,” he said. “I must ask them: are they really sure they are protecting the monarchy, or are they ruining it?”

In the past, the law made people tremble, Parit added. “But as the public image of the monarchy is regarded lower than ever, nobody fears the law any more.” He did not believe he would go to prison. “They won’t dare,” he said.

Parit has refused to acknowledge some complaints against him and, instead of signing his name on legal documents, wrote “Down with feudalism”. Supporters have turned up at police stations as protesters acknowledge charges, even wearing Thai traditional dress in defiance of the crackdown.

Voule, who is special rapporteur on the rights to freedom of peaceful assembly and of association, said there needed to be a space for dialogue: “If this is not possible now I’m afraid the country will move towards violence that we do not want to see.”

Benja Apan, 21, one of 13 people facing charges over a demonstration outside the German embassy in Bangkok, said legal action was unlikely to deter protesters from coming out in the new year. “I actually think it will bring more people out, because it is not fair,” she said.

She added that were unrest to prompt a coup – a common occurrence in Thai politics – a harsh clampdown could ensue.

“We know if the coup does happen they are going to go after everyone,” Benja said. “There’s a saying among our group that they already have the keys in the ignition to start the engine of the tank. They are just waiting for the right time.” 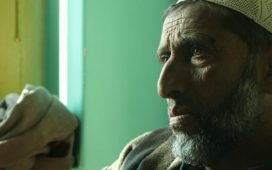