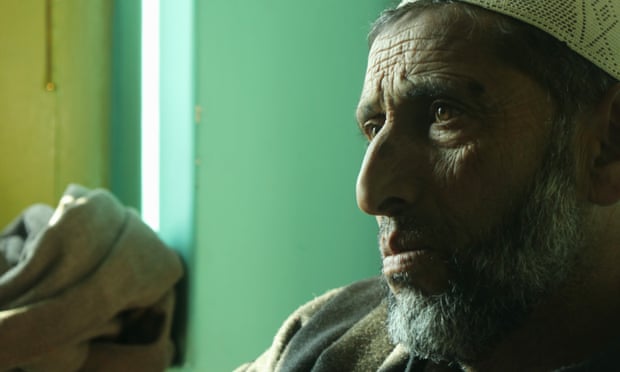 Surrounded by mourners who gathered in his garden, Mushtaq Ahmad Wani fell to his knees with a grief-ridden scream. “They killed my only son and buried him far away in the mountains,” he cried out.

Wani, a 42-year-old fruit merchant living in Below, a small village near Pulwama in the Indian region of Kashmir, had been driving home on Wednesday when he received a message from the police, requesting a photograph of his 16-year-old son, Athar Mushtaq. Mushtaq, a student, had left home the previous afternoon.

By the time Wani reached home, he was given the news that made his heart shatter. Mushtaq was dead, killed by the Indian army on Tuesday night. They claimed he was one of three militants who were part of Kashmir’s long-running insurgency and who were planning an attack on the region’s main city of Srinagar.

But Wani was confused and angry. His was certain his son was no militant.

“He had called his sister and told her that he had gone to [nearby] Pulwama town and would return by the evening or stay for the night at a friend’s place,” said Wani. “He told her his phone might get switched off because of low battery.”

Wani was not alone. The parents of the other two killed in the same purported gunfight have also disputed the army’s version of events and claimed that their sons, Aijaz Maqbool Ganai, 20, and Zubair Ahmad Lone, 22, were not militants at all.

All three families of Mushtaq, Ganai and Lone are claiming they were innocent, killed by the Indian army in a staged encounter and their deaths passed off as a successful anti-militancy operation. The military has a history of grave human rights abuses and extrajudicial killings in Kashmir and news of the deaths prompted mass protests across the region. Mehbooba Mufti, former chief minister of Kashmir, has called for an investigation into the deaths.

The Indian region of Kashmir has been home to a long-running dispute between India and Pakistan and insurgents have been fighting Indian rule since the early 1990s. Thousands, including civilians and militants, have been killed in the violence, and Indian army officers are often given rewards for the capture and killing of militants, either in financial pay-offs or promotions.

The incident comes days after a rare police investigation where an Indian army officer was indicted for the extrajudicial killing of three Kashmiri labourers in a staged gunfight in July 2020. The officer was found to have shot the civilians, placed weapons on their dead bodies before “stripping them of their identities and tagging them as hardcore terrorists”.

It is unusual for the families of known militants to profess their innocence. Locals who join the insurgency in Kashmir usually announce their recruitment into militant ranks on social media, often accompanied by a picture of them clutching a gun, but none of the three had done this. Those who join without such announcements are still usually listed by the police and the army, and their details, including pictures, are kept on record. However, local police admitted the three “were not mentioned in our list of terrorists” and had no previous arrests. Nevertheless, the police and military maintain they were “hardcore associates of terrorists”.

The families said neither they nor their sons had ever been arrested and government forces had never raided their residences, which is commonplace for families of known rebels or their suspected associates.

Ganai, who was a close friend of Mushtaq, had reportedly spent the past month studying at home. He had been advised by a doctor to take bed rest because of prolapsed disc in his back and so had not left home for the past 35 days, according to his father, Mohammad Maqbool.

Ganai had left home on Wednesday morning to submit an exam form, said Maqbool. He had later called his mother to tell her he would likely stay at his friend Mustaq’s home that evening.

“How can one become a militant in two hours?” said Maqbool, who is an officer serving in the local police.

Lone did not know either Mushtaq or Ganai, according to his family, and lived in a village 15km away. The distance between the homes of the three and the location of the killings is about 70km, a one-hour drive.

“I believe they were picked up, made to call home forcefully and then killed,” alleged Lone’s father, Ghulam Mohammad, 63, whose other two sons are also serving in the police.

The Indian army said intelligence led to them to the alleged three militants who they claimed were hiding in a house in the outskirts of Srinagar on Tuesday evening, and “lobbed grenades and fired indiscriminately” as soldiers besieged them. The following morning, the army had said they killed three militants armed with a rifle and two pistols.

The police claimed the three killed were asked to surrender but they refused. But the families were keen to point out that, in contrast to what often occurs when militants are corned by Indian army officers, no family member was called down to the site to persuade the three to surrender or contacted at all.

Outside police headquarters, almost 50km away from their homes, the three families gathered at the gates after hearing of the deaths, wailing and beating their chests as they demanded justice for what they believed was the murder of their sons.

They pleaded with the police to hand over the bodies, which were instead taken to Sonamarg, 120km north of their homes, and buried there. The authorities in Kashmir have buried more than 100 militants in remote villages, without ascertaining their identities, citing coronavirus-related restrictions. Only a few members of each family were allowed to attend the burial.

According to the few family members allowed to see the bodies, all three had bullet marks in their chest area and it seemed they were shot from a close range.

The police said that they would investigate the families’ claims but public outrage has continued to grow. In a letter to Jammu and the Kashmir lieutenant governor, Manoj Sinha, Mufti said incidents of fake encounters brought “disrepute” to the armed forces and were “a grave violation” of human rights.

“Questions are also looming over this encounter and there are conflicting versions and reports from police and the army,” she wrote. “Justice can be served only if it is swift and therefore I request you to initiate an impartial investigation into the matter immediately.”

On Saturday, as the first snow of the year fell on Kashmir, Wani dug an icy grave in the village cemetery. If the body of his son was not returned for burial, he said, he would lie in the grave himself. 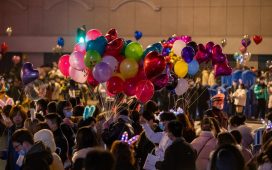