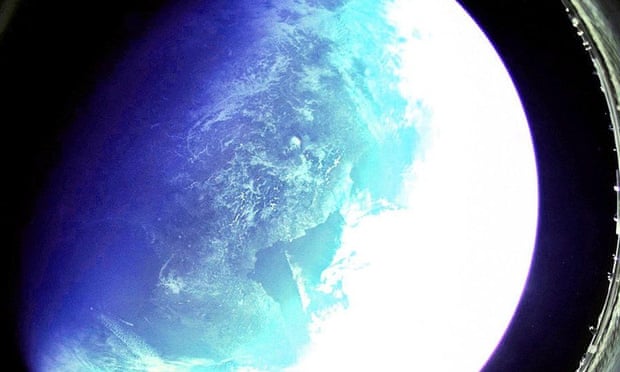 North Korea has released images it claims show the test-firing this weekend of its biggest missile for several years, as it attempts to use launches of weapons capable of reaching US territories to pressure the Biden administration into restarting nuclear talks.

The state-run KCNA news agency said on Monday the country had launched an intermediate-range Hwasong-12 missile capable of reaching the US Pacific territory of Guam. The missile was the most powerful the regime has tested since late 2017.

Sunday’s launch – the seventh this month – appears to be part of a push by the country’s leader, Kim Jong-un, to secure sanctions relief and international recognition of its status as a legitimate nuclear power.

After a series of launches involving short-range missiles, some observers believe the regime could be gearing up for tests of nuclear weapons or intercontinental ballistic missiles (ICBMs) capable of striking parts of the US mainland.

Under Joe Biden, Washington has offered talks “without preconditions” but dismissed North Korean demands that it offer sanctions relief and other concessions as a prelude to negotiations.

There are no signs that Biden, who this month approved the first North Korean sanctions of his presidency, is considering a return to the direct diplomacy that led to three meetings between Kim and Donald Trump.

Kim has been present at previous launches but did not witness Sunday’s test.

The US said it shared concerns that North Korea’s escalating missile tests could be precursors to resumed tests of nuclear weapons and ICBMs, a senior US official said on Sunday.

“They are looking to take actions, which we believe are fundamentally destabilising, as a way to increase pressure,” the official told a briefing in Washington. “I think that there probably is a component that is also to validate the systems that they’ve developed and further refine them.”

KCNA published two sets of photos of Sunday’s test – one capturing the missile rising from its launcher near the country’s border with China, the other showing images from space it said were taken by a camera installed on the missile’s warhead. The images’ authenticity has not been independently verified. It added that the missile had been fired on a lofted trajectory “in considerations of the safety of neighbouring countries”.

An assessment by the South Korean and Japanese militaries estimated it flew about 800 km (497 miles) and reached a maximum altitude of 2,000 km (1,242 miles) before landing in the sea between the Korean peninsula and Japan.

By demonstrating a Hwasong-12, North Korea has sent the US its strongest message so far this year. When fired at a standard trajectory, the nuclear-capable ground-to-ground weapon is theoretically capable of reaching anywhere in Japan, as well as Guam and the far western tip of Alaska’s Aleutian Islands chain.

In 2017 the regime test-fired a Hwasong-15 ICBM, which some experts said proved it had acquired the ability to strike the US mainland.

Observers believe the North could halt missile tests while the winter Olympics are being held in China – its most important ally and biggest aid donor – but warned that that it could launch more powerful weapons after the Beijing Games end later this month.

‘Enough is enough’: China attacks US at Security Council