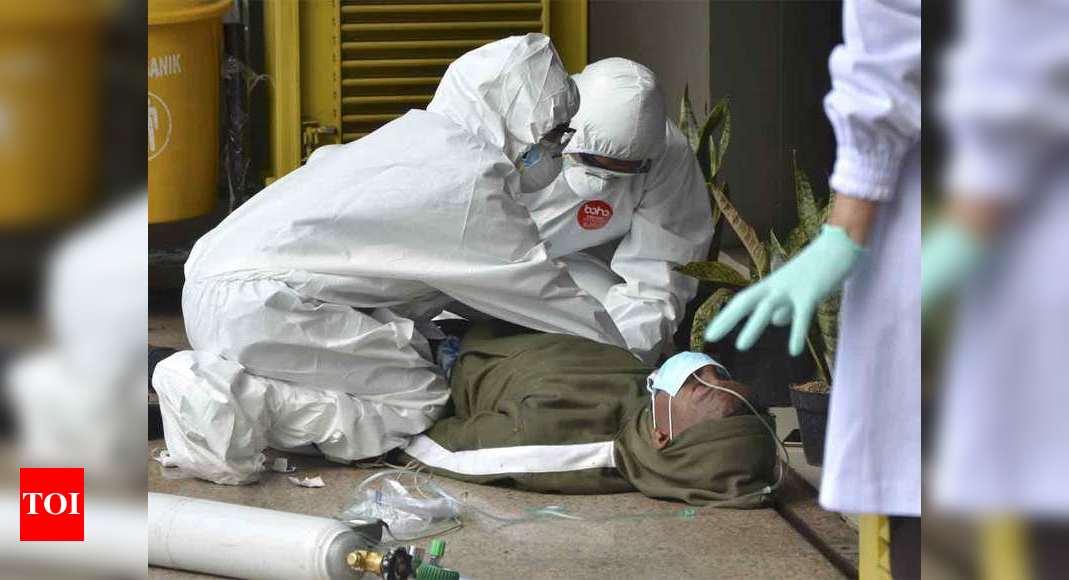 MUMBAI: Maharashtra recorded its highest single-day Covid-19 death toll at 27, the biggest jump in casualties since 25 people succumbed to the dreaded virus on April 9, health officials said here on Monday.
The state also recorded a significant number of 522 new cases on Monday, taking the total number of infected persons to 8,590.
Coronavirus lockdown: Latest updates
With the large number of casualties, the state's death toll touched 369 on Monday, up from 342 on Sunday.
Since the past one week, the state has also seen a significantly high number of new patients. Twice last week, the state notched single-day high figures of 552 new cases, zooming to 778 on Thursday, and then catapulted to a new record of 811 on Saturday, and a high of 522 on Monday, creating huge concerns among the health authorities.
Of the total 27 deaths on Monday, 15 were recorded in Mumbai, taking the city's death toll from 204 to 219, while the number of Covid-19 positive patients in the city shot up from Sunday's 5,407 to 5,776, an increase of 369 cases, though the BMC said the hike was 395 new cases.
With Dharavi recording 288 cases and 14 deaths till date, the BMC said it has upped the number of institutional quarantine facilities by adding a 1200-bed Dedicated Corona Health Centre (DCHC) at the NESCO ground in Goregaon, which also has 1,000 beds with oxygen, courtesy the Romel Group and the MCHI-CREDAI.
Pune recorded four new casualties, besides six in Amravati, and one each in Aurangabad and Jalgaon.
Among the casualties on Monday, there were 15 men and 12 women, and nearly 81 per cent of them suffered from other serious ailments such as diabetes, hypertension, heart problems and asthma.
Meanwhile, Covid-19 claimed a third Mumbai policeman in the past three days after a 56-year old head constable of Kurla Traffic Division died of the disease.
Spelling glad tidings, Minister for Medical Education, Amit Vilasrao Deshmukh, announced that all Covid-19 patients shall be treated free of cost at the government and civic hospitals, which would include free testing, meals and treatment.
Additionally, Deshmukh said that the number of test centres in the state would be increased from the existing 40 to 60 soon, both in the public and private sector.
The MumbRead More – Source

At least 12 arrested after protest in Mong Kok