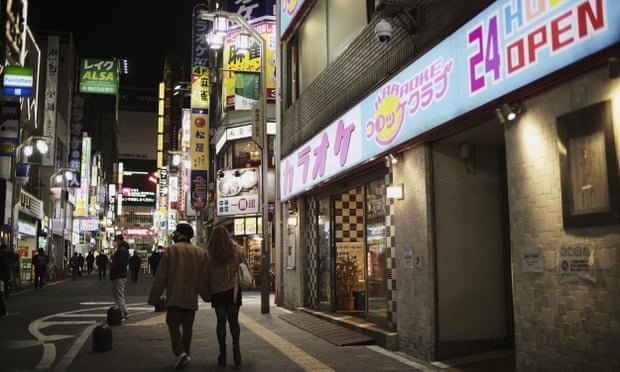 Japan’s prime minister, Yoshihide Suga, has declared a state of emergency in the greater Tokyo area after a record number of coronavirus cases were reported in the capital and across the country.

Suga had come under pressure from his own health experts to take action, as the country battles a third wave of infections far more serious than those seen earlier in the pandemic.

“The situation has become increasingly troubling nationwide and we have a strong sense of crisis,” Suga said as he announced the new restrictions, which go into effect on Friday. “We fear that the nationwide, rapid spread of the coronavirus is having a big impact on people’s lives and the economy.”

Tokyo reported a record 2,447 new infections on Thursday, up from 1,591 on Wednesday, while media reports cited a nationwide caseload of more than 7,000, also an all-time high.

The surge has prompted warnings that Tokyo’s hospitals will soon be unable to cope with the influx of Covid-19 patients. “Every day we are seeing record numbers of infections. We have a very serious sense of crisis,” said Yasutoshi Nishimura, the minister responsible for Japan’s pandemic response.

The measures, which will be in place for a month – but possibly longer – will be less strict than lockdowns seen in other countries, and unlike during Japan’s first state of emergency in the spring, schools and non-essential businesses will not be asked to close.

In addition, sports events will be allowed to go ahead, with the cap for spectators revised down to 5,000 people or 50% of capacity, whichever is smaller. Gyms, department stores and entertainment facilities will be asked to shorten their opening hours.

An estimated 150,000 bars and restaurants in Tokyo and the three neighbouring prefectures of Kanagawa, Chiba and Saitama – which together account for about 30% of the country’s population of 126 million – will be asked to stop serving alcohol at 7pm and to close an hour later. People will be encouraged to avoid non-essential outings after 8pm.

Companies will be asked to step up remote working provision with the aim of reducing commuter traffic by 70%, media reports said.

Some experts have voiced doubts that the measures will work given the speed with which cases have risen in recent days. Suga, who has seen his approval ratings plummet over his handling of the pandemic, has resisted drastic measures, fearing they could damage the economy as it recovers from the effects of the first state of emergency.

According to simulations by Hiroshi Nishiura of Kyoto University, daily infections in Tokyo could reach 3,500 a day by February and 7,000 by March without new measures. An emergency declaration would need to last at least two months to bring infections to manageable levels, he said.

But Dr Atsuo Hamada, a professor at Tokyo Medical University hospital, said targeting the night-time economy was a sensible approach. “When people go out to eat at night, they tend to get drunk, talk in loud voices and sing, so airborne infections spread more quickly,” he said.

Japanese and International Olympic Committee officials have insisted that the global pandemic will not derail plans to open the already postponed Tokyo Olympics on 23 July, despite evidence that Japanese public opinion has turned against the Games.

Only this week Suga insisted he was still committed to holding the Olympics as “proof of mankind’s victory over the virus”.

On Thursday, the Tokyo metropolitan government said that upcoming exhibitions of the Olympic torch around the capital had been postponed “to reduce the flow of people and the further spread of Covid-19”. The torch relay, involving 10,000 runners, is due to begin on 25 March.

Japanese authorities lack the legal powers to enforce virus prevention measures, but most people are expected to comply with the advice – one of several factors experts believe explains Japan’s success in keeping its caseload and death toll far lower than those in the US, Britain and some other countries.

However, the government is planning legislation that would allow local authorities to fine businesses that do not comply. For the time being, up to ¥60,000 [£426] a day will be offered to establishments that close early, while the government could name and shame those that fail to follow the guidelines.

The city of Osaka reported a record 560 cases on Thursday, while the northern island of Hokkaido saw cases surpass 100 for the first time in a week.

“Depending on the way infections spread from here on, we may need to think about a state of emergency nationwide,” said Toshio Nakagawa, president of the Japan Medical Association.

Despite the recent surge, Japan’s outbreak remains comparatively small, with about 260,000 cases and just over 3,800 deaths since the country’s first infection was detected in January last year. 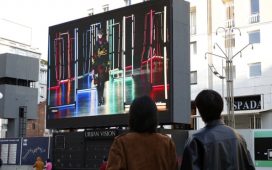 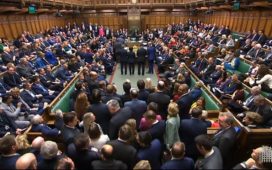