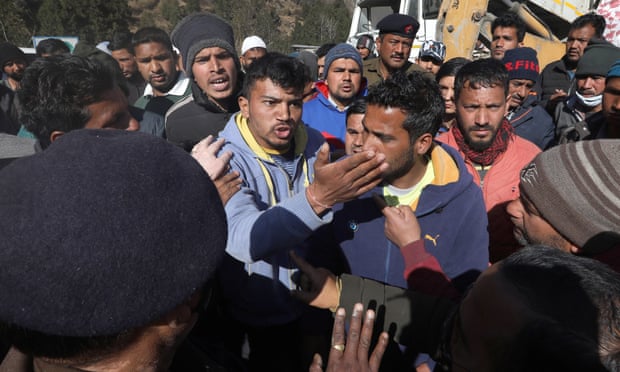 Four days after a catastrophic flash flood struck a valley in the Indian Himalayas, hopes were fading of finding any more survivors in the muddy wreckage of two dams that were devastated in the disaster.

So far 34 bodies have been recovered from the disaster and more than 170 are still missing. At least two bodies were discovered in the city of Rishikesh, which is about 150 miles downstream.

Rescue efforts continued to be focused on a tunnel beneath the Tapovan-Vishnugad hydropower dam on the Dhauliganga river, in the state of Uttarakhand, where around 30 men were working when the violent surge of water engulfed the plant on Sunday morning.

The flash flood is thought to have been caused by an avalanche or landslide hitting a hanging glacier, leading to a vast and destructive torrent of water rushing down the Chamoli river valley, obliterating two hydropower dams and several bridges in its pathway.

There was anger and protests among families of the missing that all rescue efforts were focused on the Tapovan tunnel. Family members of 57 men who are still missing from Rishiganga hydropower dam project, which was the first to be hit by the fast-flowing torrent of water and was completely obliterated, said no efforts had been made by authorities to try to dig them out.

Shoaib Malik, 24, whose father worked in the Rishiganga plant but had not been at work on the day of the disaster, was on site helping relatives whose 57 loved ones were buried deep in a smaller tunnel and in the wreckage of the power plant.

Many of the labourers were from other states including Uttar Pradesh, Delhi and Kashmir, and some of the families had travelled hundreds of miles when they heard about the floods.

“The situation for these families is more terrible than I can put into words,” said Malik. “They have given up hope of finding anyone alive, so if they get the dead bodies that will be enough. But even that is looking impossible at the moment because the rescue team is only focusing on rebuilding the road, they are not trying to help dig them.”

After over 100 family members held a protest on Wednesday morning, the army gave them two excavators to start digging into the tunnel but the families have had to operate itthem themselves due to limited rescue personnel.

“The forces here are not helping us so we are doing this rescue ourselves,” said Malik. “The company who runs this plant is sending more machinery from Delhi but we can not wait until then. We are trying to dig out this place and find our own people so we can at least give their last rites.”

No signs of life had been heard from the 1.5-mile long Tapovan tunnel since the disaster. Dozens of family members of those trapped inside gathered anxiously at the site, offering prayers.

Among them was 58-year-old Pal Chand, whose son Vineet Saini was an engineer for the hydropower dam. “My heart is sinking with every passing minute but I am hopeful that I will be reunited with my son and he will emerge safe and sound,” he told the Times of India.

Over 600 paramilitary, police and rescue personnel have been working since Sunday to remove mud, debris and rocks from the entrance of the tunnel, using a combination of heavy machinery and manual labour.

Drones with heat sensor cameras and sniffer dogs were also brought in and almost 100 metres of the tunnel was cleared but hopes of extracting any of the workers alive were dwindling as night fell on the fourth day of the rescue. Ashok Kumar, the state director general of police, admitted there had been “not much progress on the rescue operation.”

Uttarakhand’s chief minister, Trivendra Singh Rawat, said that after failures to clear mud from the entrance, rescuers were attempting to access the tunnel through alternate avenues. He said: “They are planning to drill the tunnel and get inside with the help of ropes because they are facing difficulty to clear the slush even after using heavy machinery.”

Pope Francis said on Wednesday he was “praying for the missing workers, for their families and for all the injured and those who have suffered losses”.

The Tibetan spiritual leader, the Dalai Lama, wrote to the Uttarakhand chief minister to express his sorrow at the incident. “I offer my condolences to those who have lost loved ones, and pray for them. I also pray for the safety and wellbeing of those who are still missing,” read the letter. 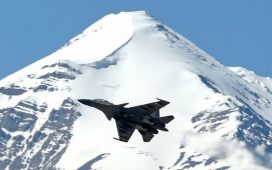 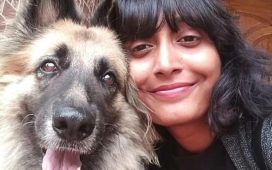 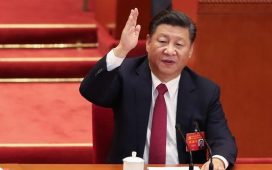 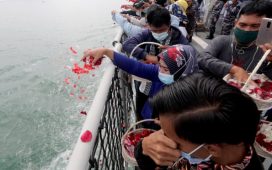 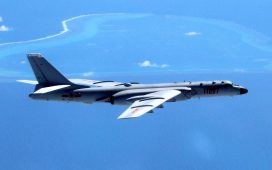