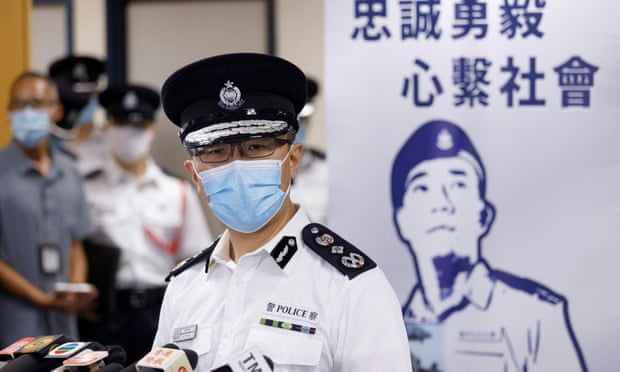 Hong Kong’s new police chief has called for a “fake news” law to tackle “hostility against the police”, in what analysts see as an indication of the next phase of the crackdown on free speech in the former British overseas territory.

“I understand that there are residents who are still hostile against us,” Raymond Siu, 55, said at his first media briefing since taking office on Friday. “In this regard, I told my colleagues that many of these torn relationships and hostility against the police are due to fake news.”

He added: “There is no legal definition of fake news at the moment, but if there is any legislation that could help us bring these people to justice, as law enforcers, we absolutely welcome it.”

The public image of the Hong Kong police force has been severely hit by pro-democracy protests in recent years. Since the summer of 2019, support ratings for the city’s once highly respected police force have plummeted, according to Hong Kong public opinion research institute.

But it was the talk of “fake news” amid the recent controversial closure of one of the city’s most popular newspapers Apple Daily that alarmed critics. They say that this Trump-era label could be used to further muzzle dissent.

“The authorities are just adding more weapons into their pocket in order to stifle dissent,” said Chris Yeung, a veteran journalist and a former Chairman of Hong Kong Journalist Association. “It looks very likely that this proposal of ‘fake news’ law will be put on the agenda in the next legislative session.”

Willy Lam of the Centre for China Studies at the Chinese University of Hong Kong worries that, following this week’s closure of Apple Daily, some less powerful and resourceful outlets may be the next target in an ongoing crackdown on free speech.

“The authorities have borrowed what mainland China is doing to penalise netizens critical of the government,” he said. “Independent journalism and media are facing a tough time in Hong Kong, and the situation may get worse.”

Talk of “fake news” is not a new trend in Asia. In recent years, countries such as Malaysia, Singapore and Cambodia have all passed laws to prevent what the authorities deem as “false information”. But while these governments all argued that such a law is necessary, they also sparked fears of restrictions of free speech.

In Hong Kong, the city’s chief executive Carrie Lam first floated the idea of a “fake news” legislation in February, when she complained that misinformation had been on the rise since the mass protests of 2019 and last year’s Covid-19 health crisis.

Last month, Lam said again that she was considering the introduction of a “fake news” law to prevent “misinformation, hatred and lies”. Shortly after that remark, the police sent a glossy pamphlet called “Know the facts: rumours and lies can never be right” to a few Hong Kong-based newsrooms. Accompanying it was a letter addressed to editors, warning against the “wicked and slanderous attacks” on the police.

In response to Lam’s remark, the International Federation of Journalists, a Brussels-based umbrella of media unions, said in a statement: “International experience has shown the problematic nature of such legislation, which further mires governments and courts in baseless cases and ultimately becomes a greater challenge to democracies at large.” 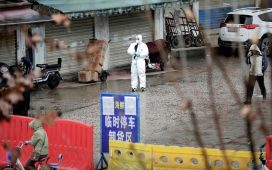